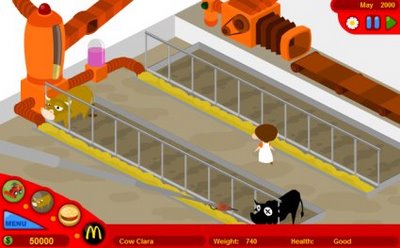 Serious Games Source is reporting that thinkMTV, AddictingGames and others will be working to bring more social commentary to games. Though it should be obvious from the presence of the AddictingGames rep, these companies will be focusing their efforts on quick, simple, free games. They professed a wish to be “everywhere young people are,” mentioning games based in browsers, mobile phones and “new media devices.” Topics such as “global politics, sexual health, and racial stereotyping” will be the main focus of their efforts.

The idea of using games for social commentary is not new.

The most interesting example, though, might be the wildly successful McDonald's Video Game. Topics like war and tragedy are natural fits for gaming, due to the already violent nature of its mainstream content. 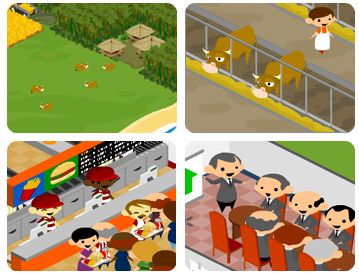 But the McDonald's game addressed the more subtle issues of corporate morality and social responsibility. Essentially a Tycoon game, it features genuinely addictive management gameplay, while subtly forcing the player to take more and more questionable paths, in order to turn a profit. The game’s approach is almost identical to that of SCMRPG, though certainly more subtle.

What’s interesting is that all three of these examples leverage the concept of perspective. By allowing the player to play from the perspective of the group being criticized, they make their statement more impactfully. It remains to be seen whether these companies will be able to use these techniques, or new ones, to address topics like sexual health without coming off as trite or unintentionally funny.I wish them all the luck in the world, because I think it’s going to be the small, edgy works that will advance the mechanics of storytelling for mainstream games to use, going forward.