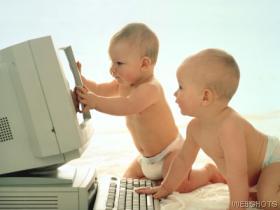 I've been missing this reference for a while now, but as I use to say -- better late than even later... 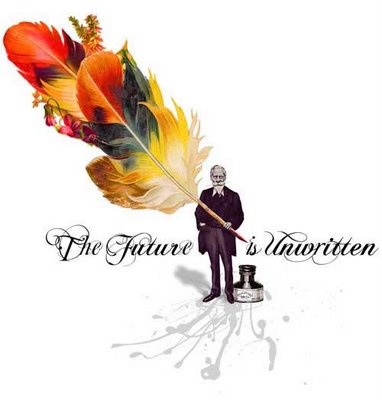 I had already published two blogs on Futuring -- FUTURING and FUTURING At Blogger when I came across the following Alex Steffen's post, from WorldChanging.

"This is a rather unfinished piece which I've been tinkering with for a while, and am unlikely to have the time to return to in a prolonged way for several weeks. I thought it might at least prove interesting as a spur for conversation, so I'm posting it as is. I'm eager to hear your ideas on the subject."

I felt his ideas were so powerful that inspired me to create a new blog, focused on one of his post segments, namely "Games".

Enjoy a few extracts below or appreciate the full reading of Alex Steffen's article.

"If we want to change the world, one of the most powerful things we can do is show how the future could be better. One of the most exciting forces for change these days is the speed with which people are making and sharing tools for doing just that."

"Many of us are so enmeshed in using existing tools of many-to-many communication, from email and blogs to graphic design programs and photo- and music-sharing, that we've lost a bit of our sense of wonder about them, even though they're only becoming more powerful, more accessible and more widely-spread with each passing week."

"With these existing tools it is now relatively easy to create websites, magazines, radio stations, films -- nearly any form of cultural expression -- and with increasingly sophisticated advocacy networks and better, more open models of intellectual property emerging, it is easier and easier to get the word out about what you're doing. Craft and experience still matter, chance still favors the prepared, and the demands on our attention drives an overall move towards the eye-grabbing, the witty and the viral, but the point remains: it has probably never been easier to do cultural activism.We are becoming, as ally Mark Frauenfelder likes to put it, a culture of makers. Increasingly, we have it within our reach to become a movement of future-makers."

"What are the available tools for making better futures?

Games
Play changes the mind. Through play, we feel and experience and respond to new aspects of the world. Like art, play speaks to that part of us "which is a gift, and not an acquisition." Because play is so powerful, games can open new visions of the possible to us in ways other art forms cannot. Games already exert powerful if often unexamined influences in realms of our public debate we rarely give them credit for affecting, but more and more, game designers are choosing to make games which challenge us to play at building a better future.Serious games now allow players to explore what it might be like to engage in non-violent revolution, public health responses to terror or epidemics, refugee aid work, peacekeeping, regional planning, public diplomacy, geopolitics, even climate crisis response and planetary management ala Bucky Fuller.

Can we push the boundaries of gameplay even farther into worldchanging arenas? It would seem that we're on the verge of an explosion in game-making technologies. Some parts of the gaming community are moving towards open-source worldbuilding tools. Other tools are beginning to converge. Architects are already using virtual displays of urban space as a design tool. Computer modeling of the planet and its natural systems, of its atmosphere, of epidemics and economies and evolutionary processes are becoming almost too common to comment on. Games themselves are even being hacked into forms of criticism."