GK Online Games as a Different Route Of Education 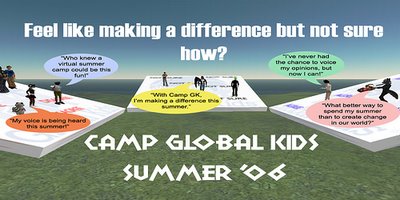 Via Second Opinion and Newsvine.com by teenager Lee Stone

Throughout the summer, Global Kids Island ran a free month-long virtual summer camp to encourage teens to form educated opinions on current events -- what's going on in the world, how foreign policy is shaped, who the decision makers are and what other factors come into play. As part of Camp Global Kids, participants chose a topic that interests them and worked to develop a plan of collective action to educate their peers. 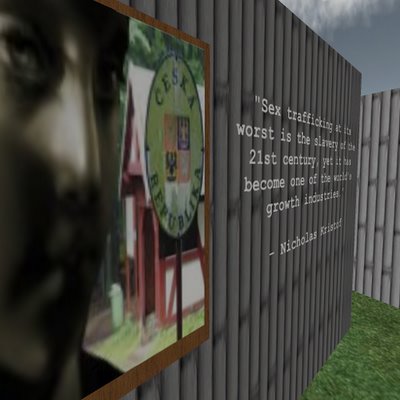 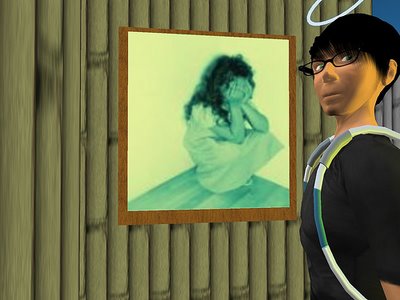 Global Kids in the Teen Grid of Second Life organized a virtual sit-in and interactive maze to educate teens about the important issue of child sex trafficking. 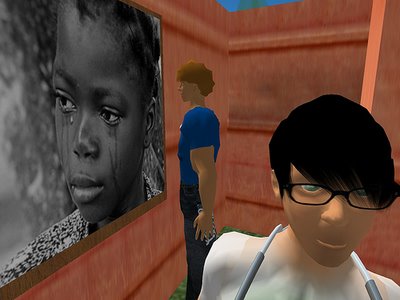 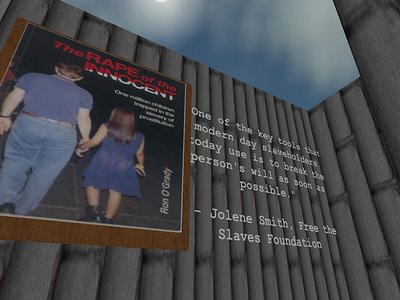 As you went round you were given fact cards about different types of slavery such as human trafficking. As each person completed the maze they were asked a quiz question, which if they got right were given a free item, generally containing information such as stop Slavery, or a dove of peace. 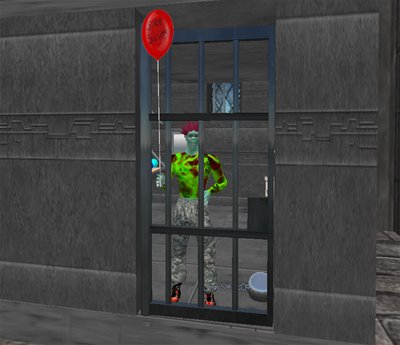 At the end second life members were also given the chance to donate some of their Linden dollars. The money raised through this is going to the Polaris Project, an organization that works to end Child Trafficking and modern day slavery. If requested, people could also put donation boxes in their own shops to help raise money.

People were also taking screenshots of their avatars, which would be used in a real life campaign, mixed in with photos of people wearing shirt and holding signs that say 'Slavery Still Exists'. 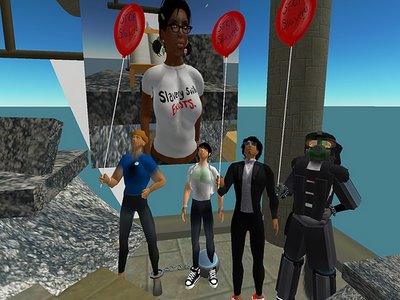 Also evident throughout second life are members educating themselves or each other. For example, a lot of items are created by the members, who have had to learn how to build them, then learn programming for more interactive elements. Many of the kids on Teen grid didn't know how to program when they first arrived, however, through tutorials and people willing to help each other, they have learnt enough to complete items they are building, or have learnt where to go to find out more so they can continue to educate themselves.