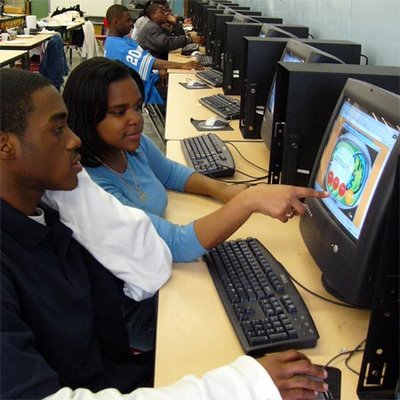 Founded in 1989 and incorporated as an independent non-profit organization in 1993, Global Kids, Inc.™ educates youth about critical international and domestic issues and provides educators with strategies for integrating experiential learning methods into urban classrooms.

Since 2000, Global Kids Online Leadership Program, led by Barry Joseph, has been adapting a most successful youth development model to the internet, creating new opportunities for bringing civic engagement, global awareness and leadership development to youth around the world through online game, online dialogues, and social actions. 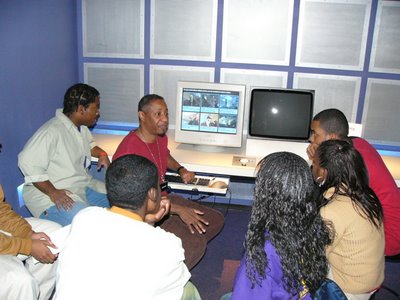 Playing 4 Keeps is an innovative youth media project, in which a team of Global Kids Leaders at South Shore High School are gaining game design skills that they will use to develop and produce a socially conscious online game each year. The program is a collaboration with the online game design company gameLab.

Playing 4 Keeps was launched as a successful pilot project in 2002-2003. First, in a summer program of Playing 4 Keeps, participants developed a small role-playing game about discrimination against teenagers. Then, in an after school program, a team of GK Leaders worked with gameLab to produce the prototype for a professional-level action game about the line between fighting terrorism and protecting civil liberties, called the Profiler.

This year, participants chose to focus their game on the general topic of poverty as an obstacle to education. They then decided to use Haiti as a case study and setting for the game. Ayiti: The Cost of Life is a role-playing video game in which the player assumes the roles of family members living in rural Haiti. Over the course of the game, the player must choose among and balance various goals, such as achieving education, making money, staying healthy, and maintaining happiness while encountering unexpected events. The player must make many decisions that contribute to or detract from achieving his or her chosen goals. 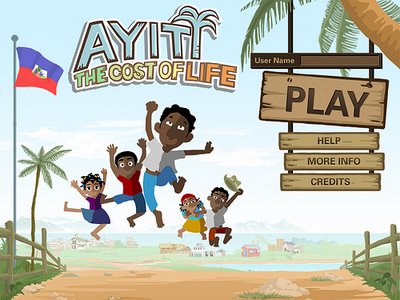