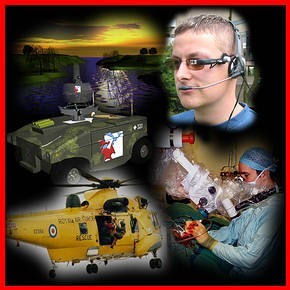 The Human Interface Technologies Team within Electronic, Electrical & Computer Engineering was formed in 2003 and brings together award-winning, multidisciplinary researchers within the Department who focus on theoretical and practical human-centred research issues related to future interactive technologies, including application and evaluation of advanced interfaces.

Among the research areas is Birmingham Serious Games Team. 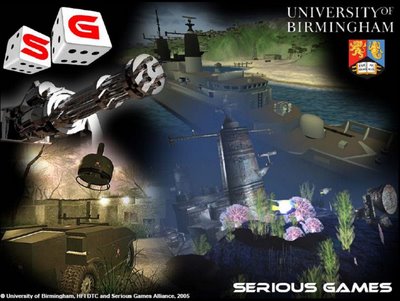 This development is significant in that it promises to “open up” simulation to (previously non-specialist) i3D user communities to a much greater extent than had been the case with developments in, for example, Virtual Reality during the closing decade of the last Century. 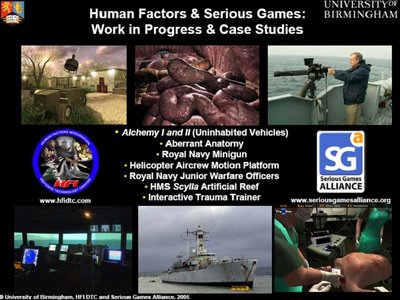 The availability of affordable hardware and software packages, such as 3D graphics accelerators and games engines, hosted within commercial, off-the-shelf PC platforms, is resurrecting interest in the adoption of Technology-Based Training systems based on interactive 3D (“i3D”) for applications in training.

Attention is now turning to more human-centered issues. Based on over a decade of research and development, the RATaC methodology has been designed to overcome some of the logistical, timing and financial restrictions faced by human factors specialists in trying to capture the key components of training scenarios for the purposes of defining the scope of Technology-Based Training solutions, particularly those based on i3D (e.g. VR or serious games). 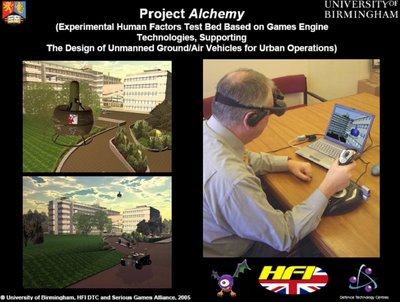 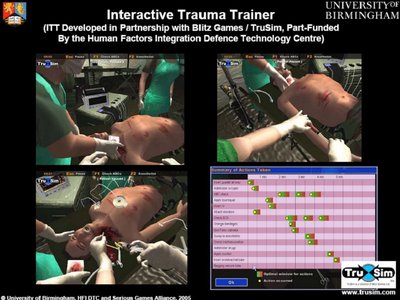 A proof-of-concept demonstrator project. Designed in conjunction with the subject matter experts from the Royal Center for Defense Medicine, the Interactive Trauma Trainer is the result of an intensive human factors project, based on RATaC analyses.

The task of the user is to make appropriate decisions relating to the urgent treatment of an incoming casualty with a “Zone 1” neck fragmentation wound. Appropriate interventions – oxygen provision, blood sampling, “hands-on” body checks, patient visual and physiological observation, endotracheal intubation – must be applied within 5-6 minutes in order to save the virtual casualty’s life. 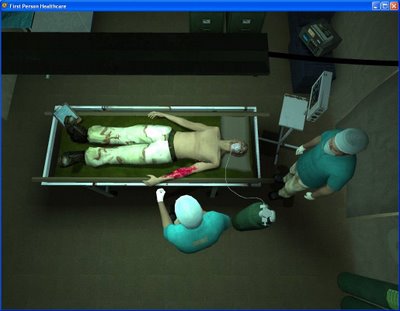 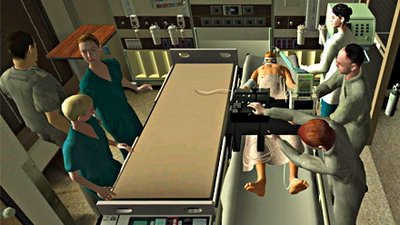 Funded by a $4.3 million federal grant from the Department of the Navy's Office of Naval Research, this new "Virtual Learning Space (VLS)" initiative will provide an interactive, virtual environment in which civilian and military heath care professionals can practice clinical skills in order to better respond to catastrophic incidents, such as bioterrorism.

Birmingham University specialists are serving as consultants in collaboration with others from the University of Central Florida and University of Southern California in the development of the human-centered design aspects of Pulse!!, from task analysis and human interface design to the generation of evaluation metrics. 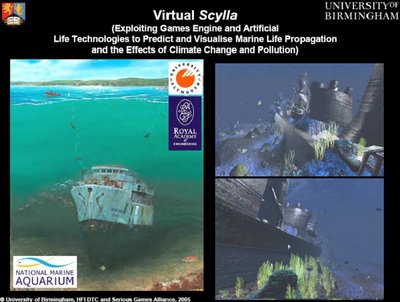 HMS Scylla is a Batch 1 Leander Class Frigate that was scuttled in March 2004 off the Cornish Coast by the National Marine Aquarium, based in Plymouth, to become Europe's first artificial reef. Working together with colleagues from the NMA and the University of Plymouth, a dynamic virtual model (exploiting an appropriate games engine) of the Scylla.

The initial model is based on her condition as she exists at this point in time, and the project will be to research, develop and apply Artificial Life (ALife) algorithms to model (and predict) the growth and propagation of marine organisms over time, taking into account the effects of subsea changes brought about by climatic events and pollution. 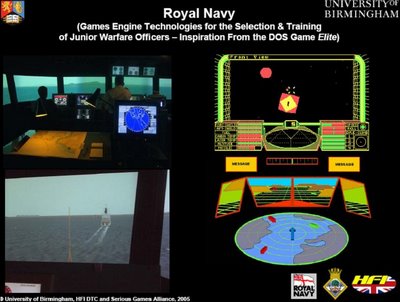 Increasing student failure rates during bridge simulator navigation courses have been noted by RN officials. It is suspected that this is occurring as a result of the students’ apparent inability to be able to correlate 2D information on charts and radar screens with the actual dynamic 3D situation out of the simulated bridge windows. The failure rate situation has, apparently, been evolving since the introduction of the Junior Warfare Officer (JWO) simulators in December of 1995.

There appears to be a very strong case for investigating these issues further, analyzing the tasks the JWOs are required to perform, with the aim of collecting performance data from JWOs before they are committed to simulator courses. A RATaC analysis, conducted within the bridge simulation facilities at HMS Collingwood in Fareham, has confirmed this and a laptop-hosted perceptual and cognitive performance capture tool has been designed by and EECE MEng student to investigate such issues as spatial orientation and collision threat detection as part of a longitudinal study. 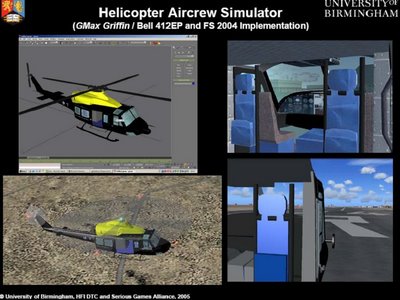 This project was designed to assess the role of vibration in the tasks undertaken by aircrew located in the rear cabin of helicopters whose job it is to guide the pilot using verbal instructions during an approach toward a target (on land or sea) for the purposes of rescue or load deposit.

The first phase of the project resulted in the development of a vibration sensing device which was flown on an EC-203 helicopter whilst performing a range of typical marshaling manoeuvres.

The data collected were then used to drive a 3-axis modified entertainment simulator motion base, linking the simulator motion and vibration to interactive 3D graphics developed using Microsoft’s Flight Simulator 2004.

A more permanent control system supporting the integration of gaming technologies with the motion base platform is being developed for use in conjunction with developments in the application of games engine technologies to the design of, and training for future specialized air vehicles (as investigated under the Alchemy program). 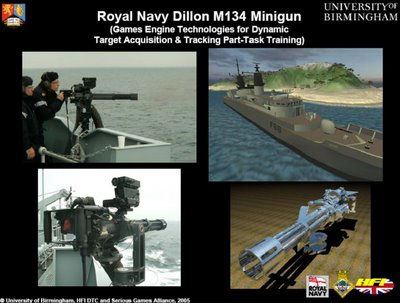 The M134 Dillon Minigun is an electrically powered Gatling Gun capable of delivering 3000+ belt-fed 7.62 rounds per minute. Following experiences in Operation TELIC, the Royal Navy has decided to fit a variant of the M134 to a number of its vessels, for close-in combat and ship protection purposes.

The experimental game-based trainer being developed as part of the HFI DTC research program is addressing a number of key issues, including the unique “hosepipe tracking” behavior demonstrated by the weapon aimers and weapon “kick-down” brought about by the significant torque induced by the rotating barrel.. Videos of tracer streams from the Minigun depict a firing pattern similar to hosepipe spraying in order to improve time-on-target.