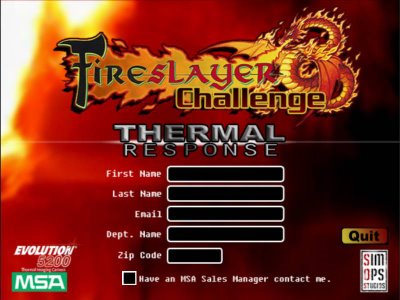 The 3D game called Fireslayer Challenge: Thermal Response, requires players to react to instructions given by an incident commander. With the help of MSA's Evolution 5200 Thermal Imaging Camera (TIC), the player must navigate a smoke-filled environment in order to rescue several victims and find the seat of the fire.

"While developing HazMat Hotzone at Carnegie Mellon University, which is currently being tested by members of the Fire Department of New York (FDNY), we envisioned the value of using game-based training technologies to assist emergency responders in preparing for dangerous scenarios," said Shanna Tellerman, CEO and Executive Producer at Sim Ops Studios. "In a world of newly emerging threats combined with the challenging demands of a new generation of learners, this interactive method for training in the field of emergency response is in high demand."

The game, MSA's FireSlayer Challenge: Thermal Response which is now available online, was first introduced at the annual Fire Department Instructors Conference in Indianapolis, Indiana, and since then has attracted interest from the fire service community. In addition, the game has seen increased interest from the gaming community as well, with companies recording more than 13,000 games having been played so far, and 87 percent of those players requesting new "levels" or additions to the game. 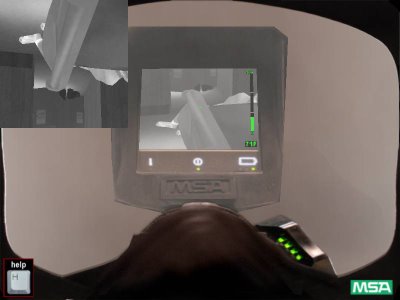