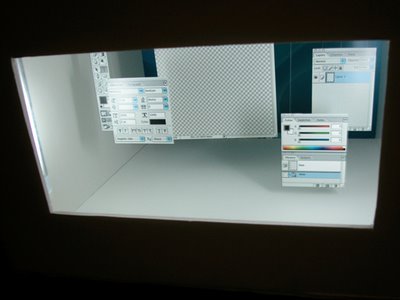 Experientia, the international experience design consultancy, has launched on August, 18 a new thematic blog that has already 50 posts at the moment.

Playful & Tangible is about playful learning with new interfaces, particularly in museums and entertainment environments. 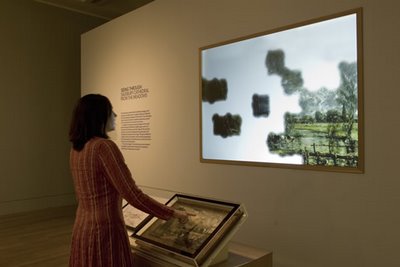 This installation by All of Us offers visitors an insight into the artist’s thinking behind the painting ‘A view on the Stour near Dedham’ in a fun and engaging process. By walking in front of the projected painting, the visitor casts a virtual shadow over the image, revealing an x-ray of the painting underneath.

By comparing the finished painting and the x-ray, the visitor can see alterations in the work that Constable had made during its development. The project uses video camera tracking to create the x-ray shadow, slowly fading between the images allowing the visitor to notice subtle differences between the two. 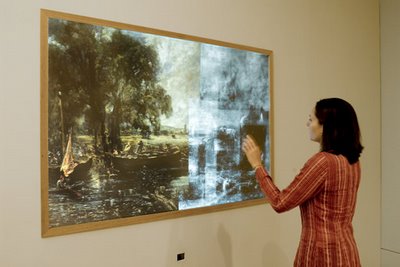 All of Us’ second installation, Grid, illustrates Constable’s process of ‘squaring up’ an image in the journey from early sketches to finished work. A replica sketch of ‘Salisbury Cathedral from the Meadows’ is mounted inside an display case, with thread marking out a grid over image (in a similar technique to Constable). The visitor simply touches the glass above the grid to scale up the corresponding section in the full projected painting. The installation reinforces the traditional techniques used by Constable and emphasizes the meticulous accuracy of scale in both his sketch and the final work.

It documents many inspirations and examples of playful and tangible interactions and interfaces, and has a strong interaction design focus. 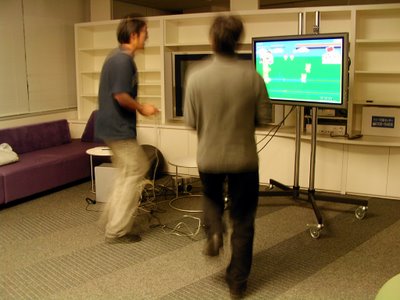 Initially developed as an internal working blog to document some interesting museum and entertainment interfaces, they decided to make the blog public. 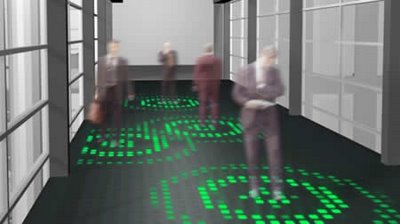 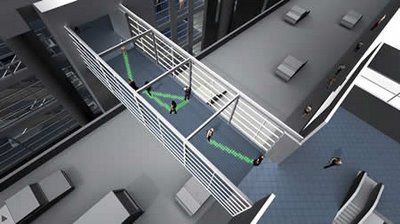 Interactive Walkways - This project by Electroland features two glass pedestrian bridges designed as “Interactive Walkways,” each with a field of LED lights embedded in resilient walking surfaces. Sensors detect the presence of people and the system triggers interactive light patterns on the walkway floor. 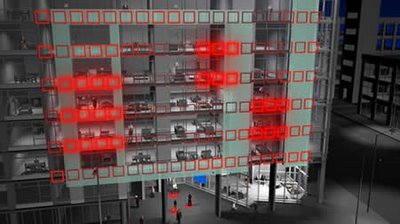 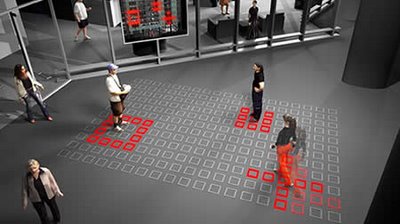 EnterActive - This project by Electroland consists of a luminous field of LED lights embedded into the entry walkway that respond to the presence of visitors; a massive display of lights on the building face that mirror the patterns of the entry; and video displays in the lobby and entry areas.

As an internal blog, it quotes richly from other sources and we are very grateful to our main inspirations: Régine Debatty of we-make-money-not-art, Chris O’Shea of Pixelsumo and Ruairi Glynn of Interactive Architecture. 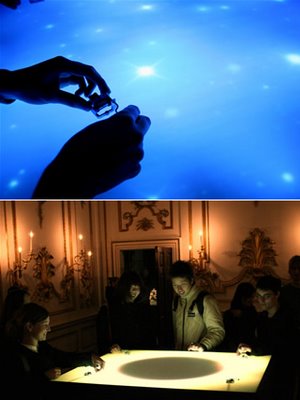 This installation by All of Us was created for the 18th century Norfolk House Music Room, Plink Plonk used mechanical music boxes as playful delicate input devices, producing their own sound output (the tune ‘You are my sunshine’). A visual narrative responded to the turn of each music box, with each scene containing different reactives. The top photo shows stars glowing around a single music box as it is being turned. The bottom photo shows the end eclipse sequence. Overall it went down really well and had some great feedback. 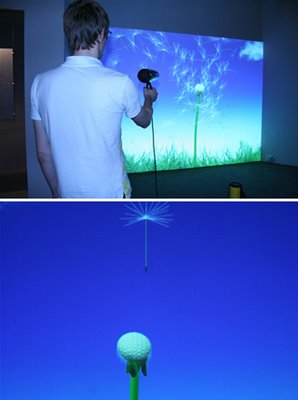 London based Sennep created an interactive dandelion for Transvision 2006. Elegantly simple and playful, this installation allowed users to blow away the seeds of a dandelion clock using a real electric hairdryer.“Blowing it apart is a popular pastime for children. The number of blows required to completely rid the clock of its seeds is deemed to be the time of day.”

We have added the original source links throughout the blog. The blog is currently maintained by Mark Vanderbeeken of the Italy-based experience design company Experientia, though most of the content was selected by Héctor Ouilhet and Alexander Wiethoff, who worked as Experientia interns during the summer of 2006. 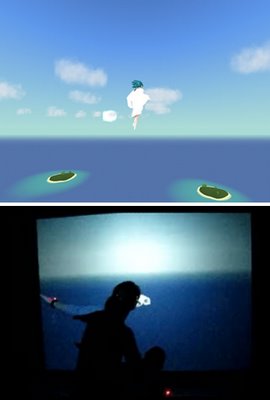 I Am More Than My Thumb - This project by Kellee Santiago (founder of thatgamecompany) allows you to control the character using your body. Tilt your arms to turn and raise them to go faster or lower to slow down. It uses the PhaseSpace motion capture set-up, essentially cameras tracking LEDs on the wearers body. It’s great that the player in the photos is wearing a pajama outfit (like the boy in the game) and I think this system would work best in the free flight mode (which is lots of fun). In Cloud though there are many actions, such as pulling the clouds around or absorbing/releasing them, which is hard to build into a motion capture. This game would work perfectly on Wii though, so get in touch Nintendo!