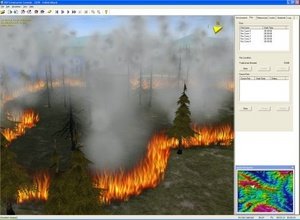 In Houston, Texas, a new hire steps onto a simulated offshore drilling platform and rehearses safety protocols. In Washington, D.C., a firefighter surveys a digital raging forest fire and chooses locations for trenches and firebreaks. A soldier in Iraq prepares for an upcoming mission using a detailed simulation of the urban battlefield. And a high school student in Portland, Oregon, manages the political campaign of Abe Lincoln as he tries to beat out Rudy Giuliani in the presidential elections of 2008.

Games and game technology are poised to transform the way we educate and train students at all levels. Education and information, skill training, even political and religious beliefs can be communicated via video games. But these games and repurposed game technology, collectively called "serious games," have yet to be fully embraced by educators.It's not enough to declare that "games teach" and leave it at that. Teachers aren't going to hand out a game to a bunch of students and simply trust that the students have learned the material.

"Serious games", like every other tool of education, must be able to show that the necessary learning has occurred. Specifically, games that teach also need to be games that test. Fortunately, serious games can build on both the long history of traditional assessment methods and the interactive nature of video games to provide testing and proof of learning.