Via: Playing Games with the Climate - By Jamais Cascio at WorldChanging

The European Climate Forum has sponsored the development of several climate games:

Climate games may make the difference when communicating highly complex issues of climate change because they introduce a rather simple but very important element into communication: having fun. As known from the science of learning, having fun catalyzes learning processes remarkably and makes people interested in subjects they would not make inquiries into otherwise.

Climate games are both tools for communicating scientific issues and objects of scientific inquiry themselves. The latter applies because looking on the communication processes climate games trigger is one of the fields of the science of stakeholder dialogues.

The three games now available from the ECF represent an increasing degree of sophistication not just about the climate, but about game design as well. 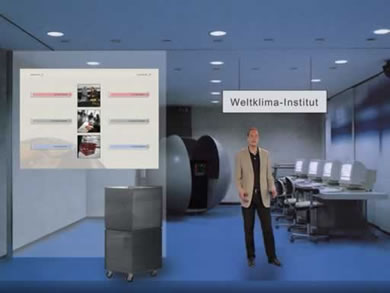 The first of the three games, the Climate Computer Game, barely rises above "teaching tool" in its level of interaction and competition. As with all three of the games, the Climate Computer Game emphasizes the tension between each player seeking to maximize his or her interests without triggering a climate collapse. The game is limited, however, to a small number of moves, and only two players at a shared computer -- appropriate for a classroom demonstration, perhaps, but lousy for repeat play.

Unlike the other two games, the Climate Computer Game is free -- you can download the Windows (only) executable file here. Two caveats before you click "download:" the game file is over 100MB in size; and the game itself is only in German. 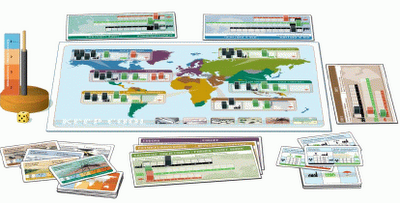 The latter is also the case with the first of the two ECF-sponsored board games, Keep Cool.

Keep Cool allows for up to six players, with a board based on a map of the world. Each player has to manage global economic interests, the desires of local lobbyists and domestic actors such as the oil industry and environmental groups, and (of course) the planet's climate. Negotiations over CO2 output, "carbon credits," and factory locations drive the game, along with basic rules for the global economy. Risks include droughts, floods or pandemics, along with the overall collapse of the climate if the "Carbometer" goes too high. [There are more details to the game elements, but much of the game description page hasn't yet been translated from German, and I don't trust automated translation systems to be able to parse a combination of game and science terms.]

Winds of Change follows the Keep Cool model of a global board game mixing economic interests and climate risks, but takes it a step further by adding an explicit technological change aspect to the game mechanism. Players must decide between investments in cheap fossil fuel-driven cities and carbon credits or expensive green cities and technology development; players must also decide whether to buy insurance or just ride out disasters with accumulated income. Throughout the game, economic output translates into increased CO2, leading towards greater warming -- if the Earth's average temperature ever rises to +4°, the game ends with everyone the loser. 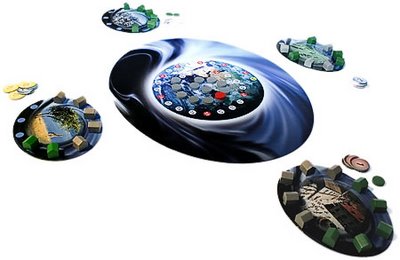