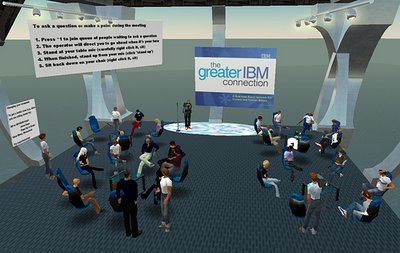 Officials from major technology firm IBM have announced that the company is adopting the use of video game and virtual world technologies as a means to train new employees as well as acclimate new hires to the company's cultural values, decision-making regimens, and required technical skill sets. The program, called IBM@Play, will be part of IBM's $100 million investment in new technologies.

The program was created as a means to accommodate thousands of geographically dispersed new employees who work or reside in remote areas that are significant distances from centralized IBM facilities. According to IBM, one of IBM@Play's chief goals is to take advantage of the internet and its ability to bring people together as a social network, thus breaking down the barriers of distance and satellite office environments.

recently emphasized the company's interest in the use of virtual worlds such as Second Life at the recent Serious Games Summit D.C., and at that time also noted that a significant portion of the $100 million investment involved gaming technologies. 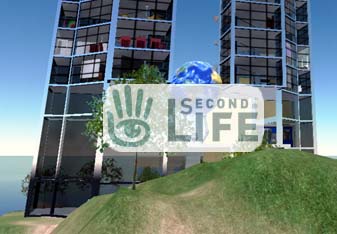 IBM has announced that it will be spending about $10 million over the next year on virtual massively multiplayer worlds like the game Second Life. CEO Sam Palmisano will be meeting with 7,000 Chinese IBM employees inside Second Life on November 17th, and then meeting with another group of employees on one of IBM’s private virtual islands. 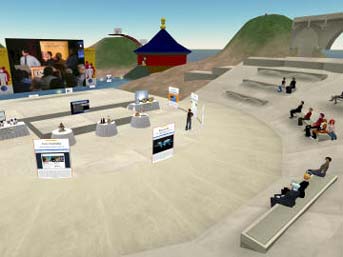 IBM has been working inside Second Life for at least a year to bring real-world business and social operations to the virtual world. Last month the company held a virtual “block party” inside Second Life as part of its Greater IBM program to reach out to IBM alums scattered across the globe. IBM, along with China’s Palace Museum, is also developing a virtual version of the Forbidden City to help virtual denizens experience Chinese culture. 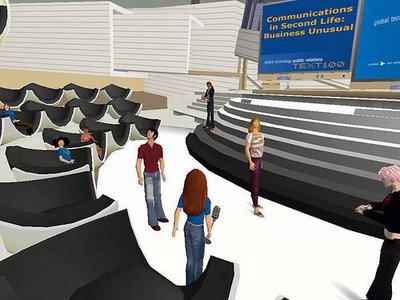 With the $10 million, IBM eventually wants to develop a private 3D world that employees can use to discuss private business information. Several IBM-owned islands inside are already private. According to the Reuters news bureau inside Second Life, there are more than 230 IBM employees regularly spending time in the virtual world.

IBM calls its operations in 3D virtual worlds “v-business” (v for virtual) as opposed to “e-business.”

According to IBM representatives, nearly fifty percent of IBM employees are already engaged in online educational initiatives, and the IBM@Play program will build upon this by allowing employees yet another way to learn and work together within the virtual workspace.

New virtual world programs utilized or announced by IBM include an online training program that began in August for employees in India, a program in China for 2007 called Fresh Blue to help college interns who plan to join the company after they graduate acclimate to the IBM culture, and a virtual world sales training tool set to debut in China next year.

In addition, IBM also plans to use virtual world technology in the U.S. to bring together both retirees and those still working as a way to mentor new hires through speed mentoring, group meetings, and other disciplines.