Serious Games and the Wii Commonalities 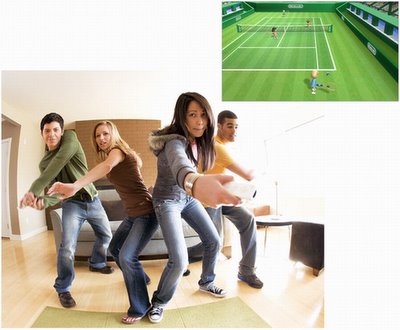 "Developers of serious games, art games, political games, newsgames, and other related genres often share a similar goal of expanding the possibility space of video games. This common goal may suggest a possible alliance of interests between serious games and the Wii."


"Wii’s underlying technology is not really new (accelerometers and infrared controls have been around for years), but Nintendo has constructed one of the first convincing mass-market applications of a gestural interface. And the experience of playing, for those who were lucky enough to get one, is buttery and seductive. Nintendo’s decision to downplay graphics in favor of interface innovations offers a welcome counterpoint to the industry’s usual obsessions." 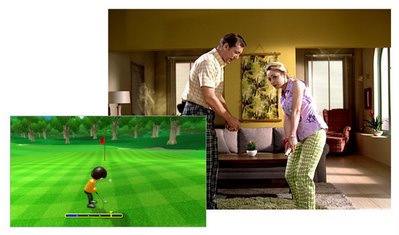 "The Wii Sports title that comes bundled with the console offers a case study for this new value system: Nintendo’s de-emphasis of graphics primarily draws attention to the gestural user interface as a new design value. 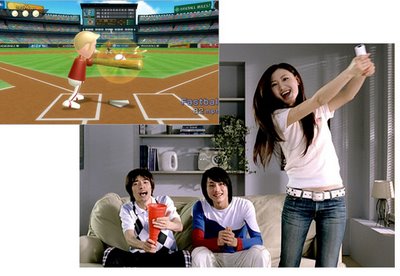 "Nintendo’s own marketing statements testify to this: the wiimote is conceived as a tool to “make gaming as accessible as possible to people of all ages and all abilities.”1 The wiimote is modeled (and named) after the remote control, a device Nintendo perceives to be the lowest common denominator for accessibility. The motion-sensing wiimote is a device that does alter player interaction."

"In terms of applicability to serious games, the games for health community will no doubt see the immediate opportunities for the Wii. Physical interfaces like Dance Dance Revolution have proven effective in exercise and the wiimote extends active play to many more genres of games, and therefore to more varieties of players."

Inspired by Ian Bogost article, I would go even further: the above attributes could make the Wii an ideal vehicle for a wide range of educational game applications.