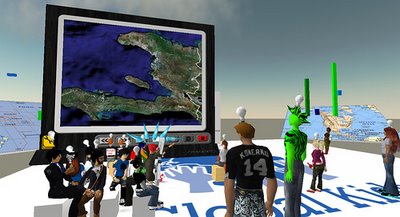 Even though I have already dedicated 8 posts to Global Kids achievements, I feel a compelling need to publish a new post each time GKs manage another breakthrough. It is a sort of personal celebration -- Global Kids challenging us to play a better future!

Global Kids have now a dedicated category, as I anticipate a series of breakthroughs in a near future.

"Ayiti: The Cost Of Life" Stands Out

Educational serious games are on the rise. Recent years have seen the development of games in which the player tries to dispense food in a war zone, tries to make peace between Israel and Palestine, tries to escape warlords in Darfur, and much more.

But even in this pack of progressive educational tools, Ayiti stands out. It was actually designed by kids. And not only did student designers develop computer literacy in the process, they were forced to develop a deep understanding of the subject matter in order to build a game around it.


"It was a lengthy process," said Global Kids Senior Trainer Afi French about how the students decided on a theme for the video game. She began the class last fall by helping the students understand the concept of human rights. They studied the U.N.'s Universal Declaration of Human Rights and explored rights violations that relate to poverty, such as violence, racism and barriers to education. 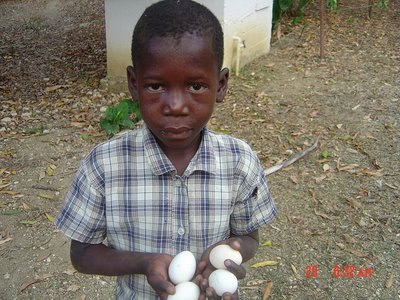 For the past 11 years, Global Kids has worked with the New York City schools to help youths be better students and global change agents. But Playing 4 Keeps at South Shore High only began last year with a 500,000-dollar grant from Microsoft Corporation.

Ayiti, launched this fall, is the first game to be developed in the program. French, who grew up in this part of Brooklyn but has lived as far afield as Mozambique, said the students chose to focus on poverty because they live in an economically depressed area, but learning about the degree of poverty in Haiti seemed to change their world views. 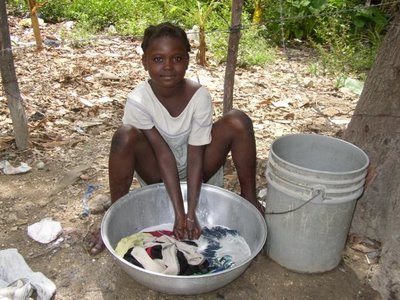 "Exploring [global poverty] really made them look at the opportunities available to them," she said.

Though some Playing 4 Keeps students have Haitian family or friends, many entered the programme last year knowing little about the country or about conditions in the developing world.

Reviewers widely call Ayiti fun, but many also complain that it's too hard, and gratification is suspended long enough to be discouraging. Indeed, in spite of the upbeat music and colorful graphics, Ayiti can be extremely frustrating.

Others claim this just means the game accurately represents reality. But in addition to being fun (and educational for the player), Barry Joseph, director of Global Kids' Online Leadership Programme, said serious games can be a powerful teaching tool for their designers.

In Ayiti, if one has fun at Carnival, there might not be enough money to go to a doctor when sick. That might lead to the loss of more money when that family member can't go to school. But spending money on a bike might make it possible to take a far-away job.

"When you make a video game, you are making a model of a system," Joseph said, "and to make a model of a system means you have to understand the constituent parts of that system and how they inter-relate. What better way to motivate young people to learn about a real-world issue?"

Ayiti is available for free on gaming sites for kids, educational sites for teachers, and the UNICEF site for non-profits and other organizations. It is accompanied by workshops, lesson plans, and other materials, including the U.N. Convention on the Rights of the Child and a map of Haiti.