The volatile drama of teenagers’ moods and relationships, combined with always-on mobile communication, creates new behaviours and reshapes existing ones. But however central the mobile phone now is to teenagers’ lives, it is not tailored to their need for a particularly intimate and emotional form of intercommunication.

BuddyBeads is a system of techno-jewellery which uses mobile telephony to share, non-verbally, simple expressions of mood or situation between group members: ‘I’m bored’, say, or ‘I've met a new boy’.

Each group member has an identical bracelet (or necklace or watchstrap) with a range of differently-shaped beads. The beads are of two kinds: ‘friend beads’, each representing one of your friends in the group, and ‘message beads’, each representing, according to a privately-agreed code, a specific emotion or event. Pressing selected friend beads, then a message bead, causes the corresponding bead in those friends’ bracelets to vibrate and glow. This vibration and glow are modified by the force, duration and rhythm with which your friend has pressed her message bead, allowing an additional layer of expressive variation.

Wearing BuddyBeads advertises group membership, but the privacy of its codes and silent conversations reinforces the group’s identity and exclusivity. The ability to exchange mood reports and responses almost continuously (often the underlying purpose of ordinary phone calls) maintains a feeling, particularly reassuring to teenagers, of intimacy and excitement. The system adds value to a traditionally pleasurable and symbolic item, the bracelet, by fulfilling an apparently growing social need. Though here supporting the social life of teenage girls, its basic principle – using manipulable objects, rather than buttons and screens, to send and receive non-verbal data – are clearly applicable to other groups and situations. 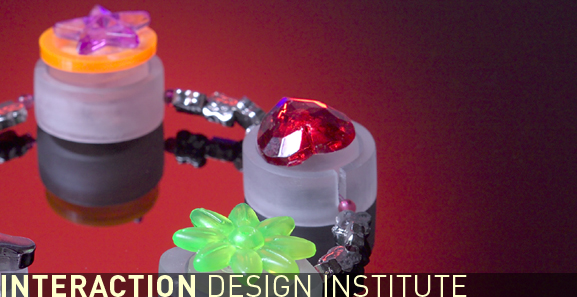 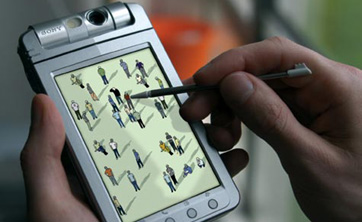