Serious Games: Meet The New You at Second Life 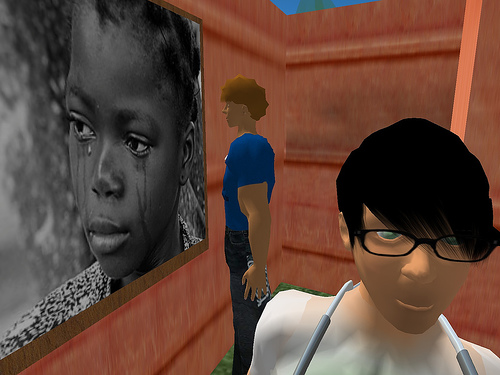 The January edition of the School Library Journal published an excellent cover article on teens, libraries and Second Life.
The social appeal of SL is huge, especially for teens, developmentally inclined to seek out the company of their peers.

Offering a creative, social outlet and relative freedom in a safe environment, it’s a veritable utopia where youngsters are interacting in unique and surprisingly meaningful ways.
One teenager, Lucy Figtree (her screen name), recalled her experience in Camp Global Kids, a free summer event conducted in TSL by Global Kids, a New York-based nonprofit organization dedicated to getting urban youth interested in public policy and international issues. 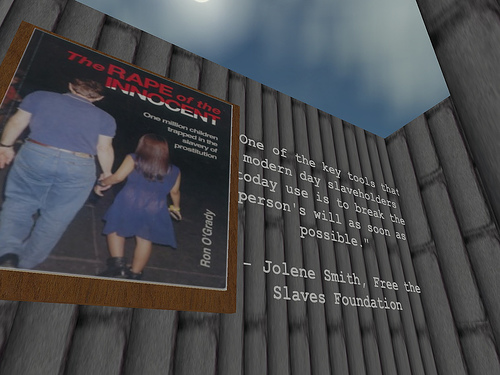 “We built a maze in Camp Global Kids against child sex trafficking,” she says on the MacArthur Foundation Spotlight Web site. “We all worked hard, had a great opening, and raised a lot of money.” 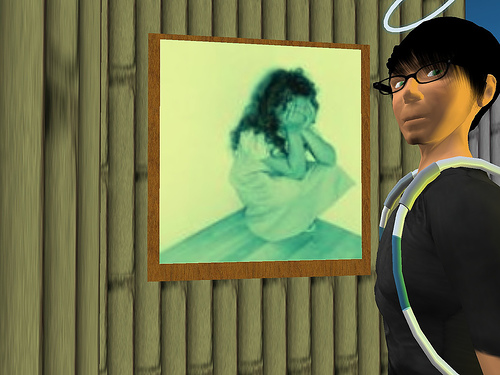 A Web presence that helps teens develop positive identities, take charge of their lives, and assume leadership roles as world citizens? As librarians, we knew a good thing when we saw one. Our institution, the Public Library of Charlotte and Mecklenburg County (PLCMC) in Charlotte, NC, is seriously dedicated to teen outreach, and SL appeared to dovetail perfectly with those efforts.

So in fall 2006, PLCMC and the Alliance Library System (ALS) in East Peoria, IL, announced a formal partnership to create Eye4You Alliance, an island within the teen grid. By setting up shop in the virtual sphere, they hope to establish a dedicated space for youth that is both informative and interactive and could function as a bridge to other youth organizations. ALS had already pioneered virtual library services in InfoIsland, which they created for SL’s adult space in April 2006. With hopes of replicating that success, Eye4You Alliance went live in October 2006.

While still in the process of terraforming—shaping our virtual landscape—they’re gearing up a full roster of offerings for spring and winter 2007. There will be classes on how to run an SL business, among other topics, and book discussions, as well as opportunities for teens to tell their own stories.

Eye4You Alliance has already attracted partners, such as the New York-based Lower East Side Girls Club, which will sponsor a youth-mentoring program, and publisher Random House, who will help kick off author “appearances” and other book-related events. Special emphasis has been given to workshops that will help teens explore a variety of virtual-world skills, from scripting to designing buildings for the island.

Leading the project is Peg Sheehy, Suffern’s instructional technology facilitator. Sheehy, who is close to becoming a certified media specialist, worked with kids throughout November 2006, getting them comfortable in-world, getting them started creating their avatars, and learning how to move and use creation tools. As one might imagine, the kids took to this like fish to water. As for the adults? “The key is baby steps,” she advises. Administrators’ reservations about student safety were easily addressed: access to the islands is restricted to Suffern’s eighth graders and teachers, who are subject to TSL’s background checks. Any resident needing assistance can always tap one of the “Lindens,” TSL staff who are easily found roaming the beat in-world.

To achieve teacher buy-in, Sheehy has moved quickly to establish relevancy to the curriculum. A social studies class examining immigration, for example, is building a virtual Ellis Island, complete with the Statue of Liberty and Lower East Side tenements. And when a math teacher approached Sheehy, asking for help with his geometry unit, she proposed a “geo gallery” of 3-D rays, angles, and other concepts, all rendered by students. “Imagine walking around an intersecting line,” says Sheehy. A “wellness” class at Suffern in particular lends itself to a virtual exercise. “How much can you learn about body image if you can go in and create your own physique?” ponders Sheehy. “Think about the introspection [it will inspire in kids]. I might choose to be a different race.”