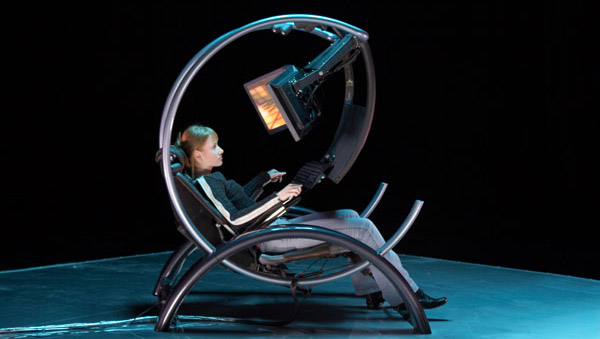 Any person with physical disabilities is entitled to active interaction with all aspects of social life, independent personal life, self-determination, freedom of choice, as are all other human beings.

ACCS GRAViTONUS® has high level of precision positioning, discontinuity, low response time, and is resistant to all kinds of noise interference.

ACCS is placed in a person's mouth (and comprises a tongue controlled directional command module along with 12 additional commands). It does not interfere with breathing, talk and consumption of fluids.

3. To have fun -- hands-free alternative computer control system can be effectively used by hardcore gamers as a control device. Under equal conditions Gamer, when using ACCS has a great advantage in speed and response time above his opponent, using general mouse, trackball or joystick.