My Serious Games Backlog: PeaceMaker Is Out! 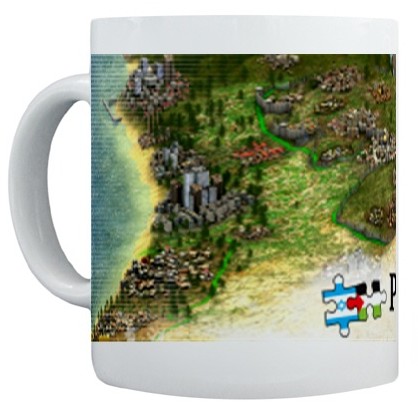 Although I have been following this serious game effort since June 2006, I've really missed PeaceMaker launch on February 1st, 2007.

In this title from Impact Games, you take the role of either the Israeli Prime Minister or the President of the Palestinian Authority and attempt to make everyone happy enough to bring about lasting peace. 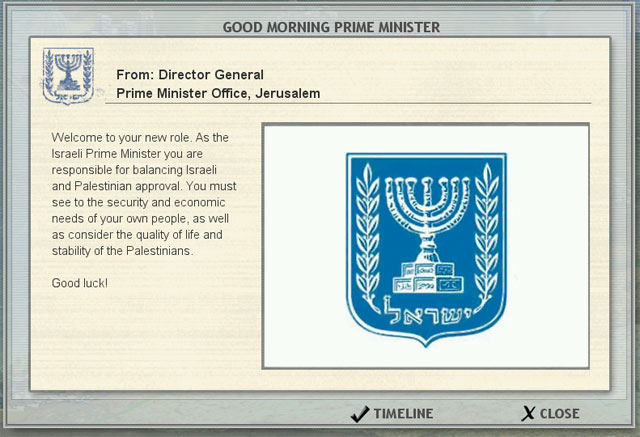 There are two good articles on it already:

As described on Gamasutra's article:

"There’s no animation in PeaceMaker, nothing cute, nothing that someone can dismiss as “only a game.” When a missile strike goes awry, or a suicide bomber strikes, the blood and bodies you see on the screen are those of real people. More than any other game, PeaceMaker portrays the truth – or a subset of it – both the good and the bad". 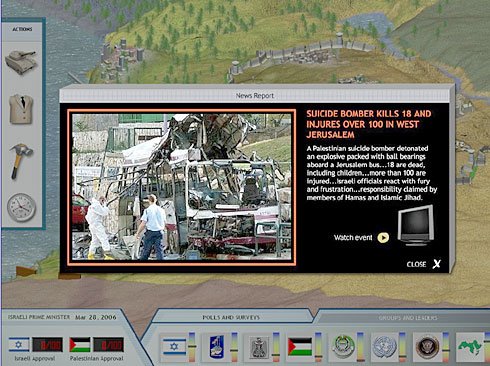 "The goal – for both sides – is to establish a successful two-state solution to the Palestinian-Israeli conflict, and thereby win the Nobel Peace Prize. In effect, this means ending the pervasive chaos in Palestine and making it prosperous, peaceful, and self-governing." 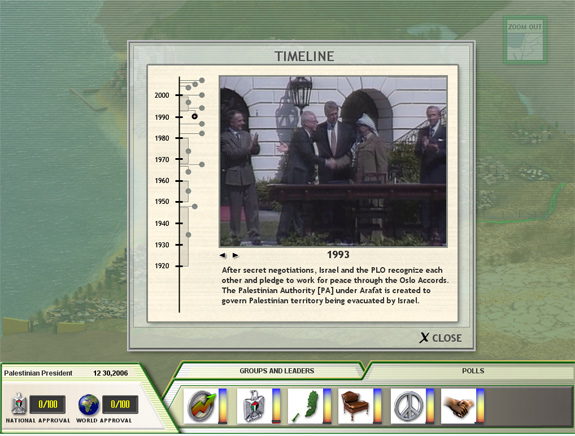 "There’s a great deal to learn from the game, both about political processes and in terms of simple facts about the situation. The game will be invaluable in the classroom, if students, teachers, and perhaps above all parents and school boards approach it with an open mind." 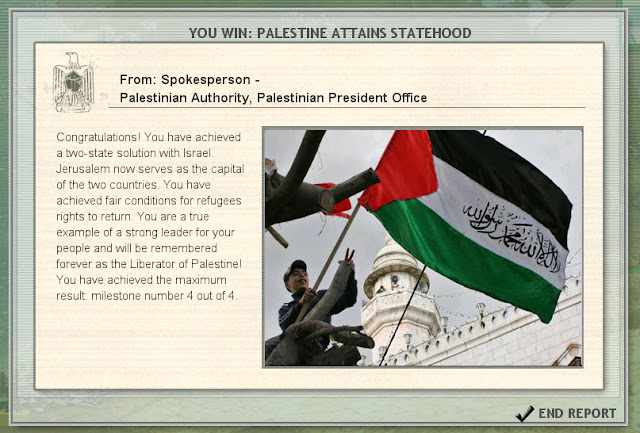