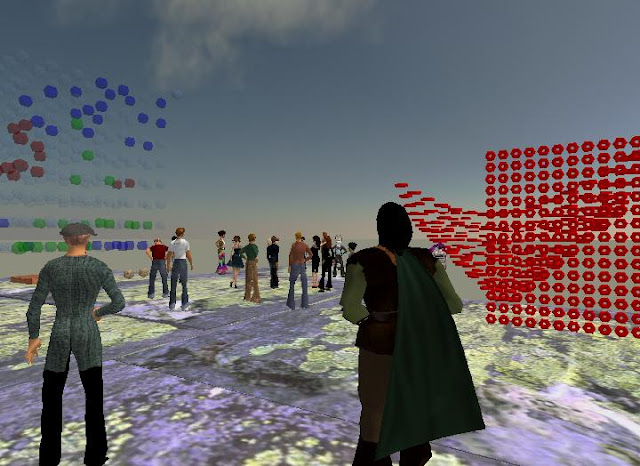 Via: University Of Florida News

There’s no excuse for being late to Paul Fishwick’s class, even though it’s held on an island, one that does not appear on the map of the landlocked University of Florida in Gainesville.

That’s because students can just teleport in.

Fishwick, a computer science and engineering professor, is teaching one of at least two classes offered at UF this semester largely in cyberspace — specifically, the trendy three-dimensional online world of Second Life.

There, Fishwick’s “avatar” leads discussions among some 30 other avatars controlled by upper-level UF undergraduate and graduate students in CAP 4403/CAP 6402, Aesthetic Computing. 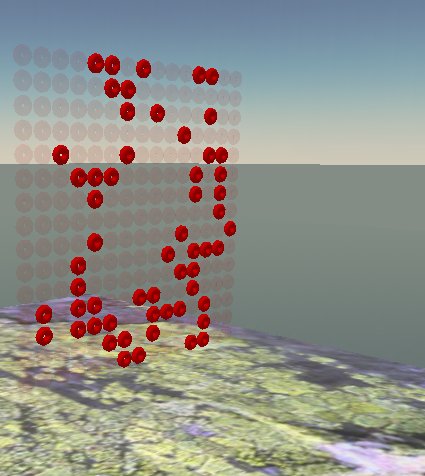 “I like the potential for collaboration, immersion, aesthetics, creativity, social interaction,” Fishwick said. “There are a lot of different dimensions I think are valuable to educators.” 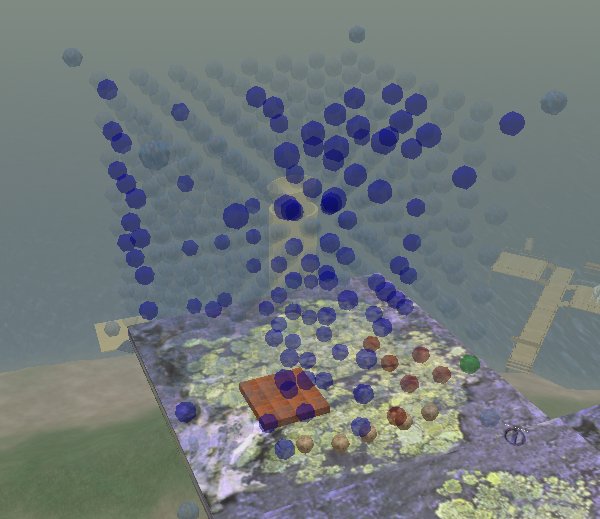 With distance learning decades old, classes on computer are nothing new. But Second Life, opens a wealth of fresh possibilities, one educators nationwide are increasingly experimenting with.

At the heart of the potential, these educators say, is the online world’s canny blend of real life, science fiction and fantasy, one that creates a place at once familiar and very strange.

Two other UF professors began co-teaching a Second Life interdisciplinary research class this semester, and others are considering the possibility. UF has at least two islands in the Second Life “grid” as well as several buildings.

Students assembled for one of Fishwick’s classes recently by teleporting in to Aesthetica, a small island that Fishwick created. UF paid Linden Labs about $1,000 for Aesthetica and maintains the island with a $150 monthly fee.

Students in Fishwick’s class also meet in a real world classroom. But for this class, Fishwick’s avatar, Frederich Courier, assembled everyone at an airy platform levitating over an ocean marked with a sign, “University of Florida Simulation Gallery.” 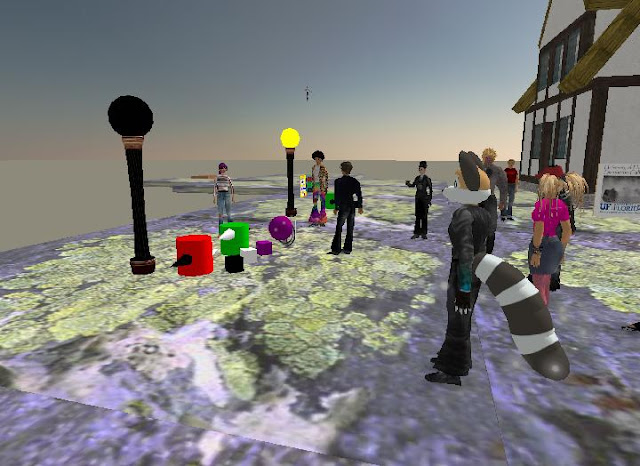 There, Courier led a tour and discussion of digital objects students created for the class, which is devoted to the idea of making abstract ideas “real” through physical or graphically generated devices. Avatars examined a collection of cylinders, squares and cones built to represent a finite state machine, a set of commands used in computer programming. Some avatars occasionally zoomed skyward, evidently testing their flight abilities.

Fishwick said the possibility for collaboration is one of Second Life’s biggest attractions.“The reason it’s different than what I did last year is that everyone can join in projects. We can all collaboratively build a computer program,” he said. 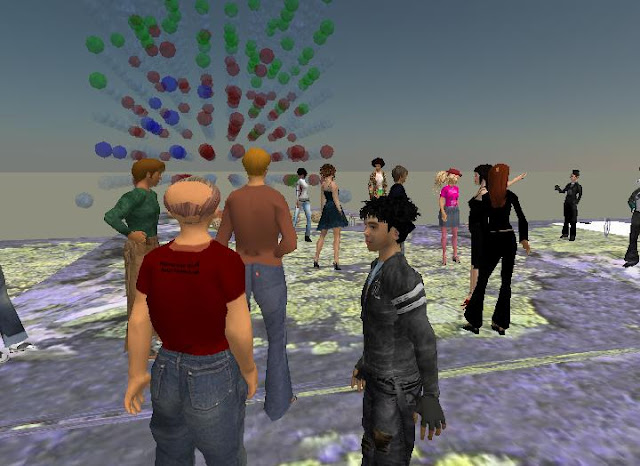 Also, he said, Second Life’s feature allowing users to create objects makes it uniquely suited for his class. In most computer games, the game world is established and the character deals with what he or she finds, he said. “It’s ‘I can create a dragon, I can create people, I can move around in space … I can do all these things I maybe couldn’t do before,’” he said.

The other UF class in Second Life — taught by James Oliverio, a professor and director of the UF Digital Worlds Institute, and Bill Ditto, a professor and chairman of the UF Biomedical Engineering Department — taps the program for entirely different purposes. The goal of BME 5937/DIG 5930, or Interdisciplinary Research Seminar, is to bring together upper-level students in biomedical engineering, business, film and the arts to work collaboratively on research.