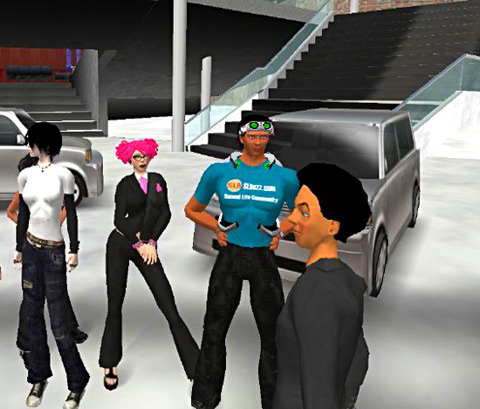 IBM's CEO Sam Palmisano and other tech leaders are stepping into SL and creating their own avatars to explore firsthand the potential of the online virtual marketplace.

Whether it's closing a big deal, meeting with investors, holding a press conference, or sniffing around the competition, the responsibilities of a chief executive are therefore no longer relegated to the real world.

By creating an avatar and engaging in the 3-D online virtual world, some forward-thinking business leaders are orienting themselves around what could emerge as the corporate environment of the future.

Acknowledging that Second Life's admixture of fantasy and reality combined with the, not yet estimated but potentially huge, size of this new market entry can be intoxicating, I would dare to suggest that business chiefs early address the Governance implications within that digital realm (I shall explore this proposition further, on my next posting).

Take a look at eight pixilated potentates to find out what they're doing in their second lives:

On Nov. 14, Sam Palmisano's avatar made an appearance on the IBM island in Second Life to announce that the computer giant is investing $100 million in a new business unit to explore the potential of new technologies like virtual worlds in commerce, e-learning, and customer service. The former CTO of RealNetworks and the mind behind Second Life, Philip Rosedale unleashes his inner punk rocker when he hangs out “in the grid.” You can frequently find him chatting with new users in the welcome areas, listening to live music, and trying his hand at virtual engineering in one of Second Life's sandboxes. 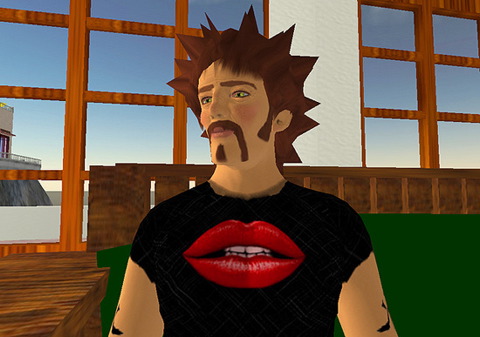 Award-winning former producer for 20/20, World News Tonight, and Nightline, Bill Lichtenstein oversaw the first ever Second Life concert series in August, when his independent production company invited singer Suzanne Vega to perform and author Kurt Vonnegut to sit down for an interview -- in avatar form. “This is a new medium where you are able to convey an experience, rather than just transmit images and information,” he says. 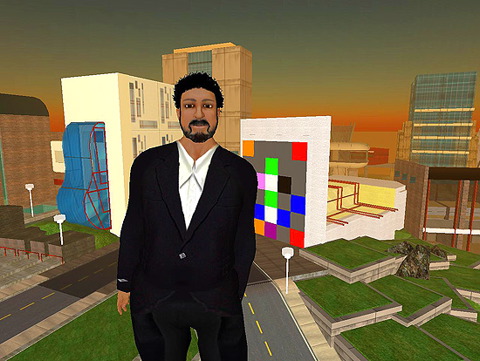 Lawrence Lessig's Creative Commons, a nonprofit organization which acts as a repository for creative works unrestricted by copyright laws, found a natural home in the creative melting pot of Second Life. Lessig, also a professor of law at Stanford and author of three books about the Internet and intellectual property, most enjoys giving book readings while living his second life. 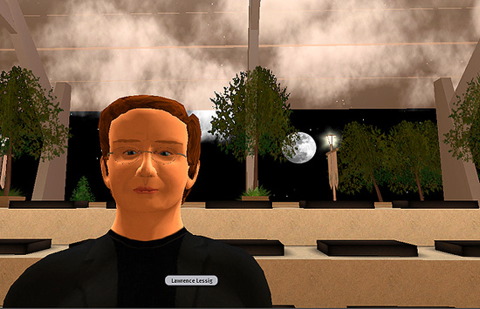 Reuben Steiger, CEO - Millions of Us

Second Life is fun for some, but for others it's strictly business. Millions Of Us has built virtual headquarters for companies such as CNET and Wired Magazine, and produced virtual marketing promotions for companies such as Intel and Sun Microsystems. Says CEO Steiger: “I spend lots of my time in Second Life flying between the various projects we are building to make sure they are progressing nicely.” 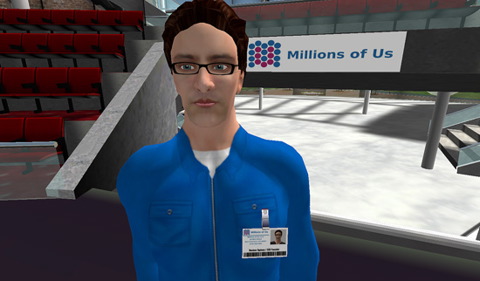 “Originally when I created an avatar it was to understand what was going on [in Second Life],” admits Aedhmar Hynes, CEO of PR consultancy Text100. Now Hynes divides her time between minding Text100 Island, the company's virtual public-relations headquarters, and exploring what media companies such as Reuters, CNET, and Sony BMG are doing in the space. 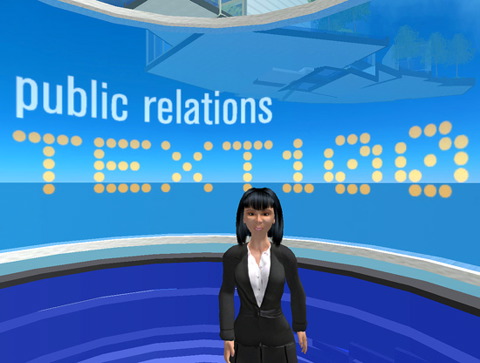 Former Governor of Virginia Mark Warner now heads a Democratic PAC and explores new strategies for transmitting political ideas within the Second Life virtual community. Warner, a co-founder of Columbia Capital and an early investor in Nextel, has conducted media interviews and town hall meetings inside the world of Second Life. 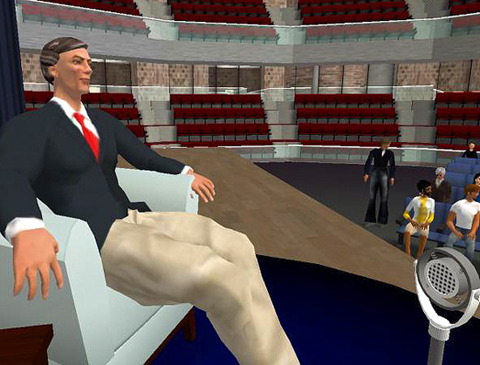