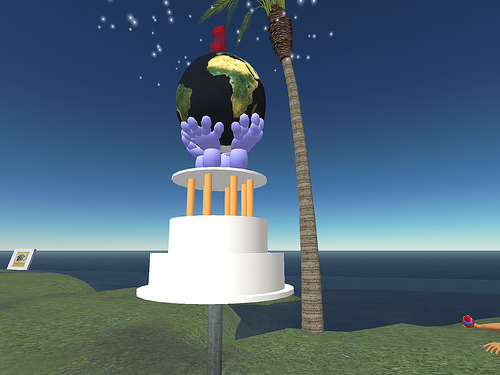 Global Kids is a New York City based nonprofit, that works with youth after school and online to build digital literacy, foster substantive virtual dialogues about current events, and promote civic participation through interactive games.

Global Kids holds in-person and online youth conferences, including roundtables and summer institutes at the Council on Foreign Relations as well as online in Teen Second Life. A multiplayer virtual reality environment, Second Life users from around the globe interact within an online community.

The anniversary schedule of events, starting from March 12 to March 23, 2007, includes a birthday cake contest, a huge volcano eruption with fireworks, a giant glacier moved from the Main Grid, a day long youth conference on the environment from NYC, and a chance to chat with Blue Linden on the topic of the history and future of the teen grid…and more!

Here is some of the content that has been created for the 1 Year Anniversary: 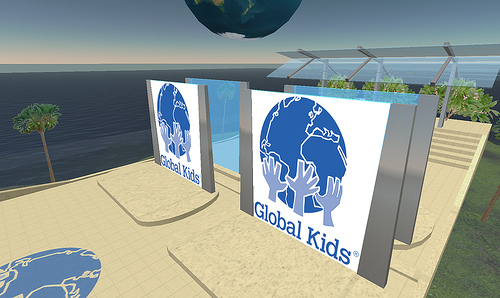 4 viewing screens were set up on the event stage 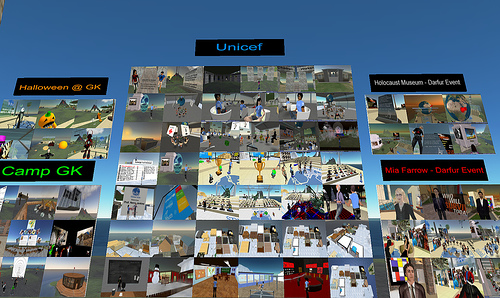 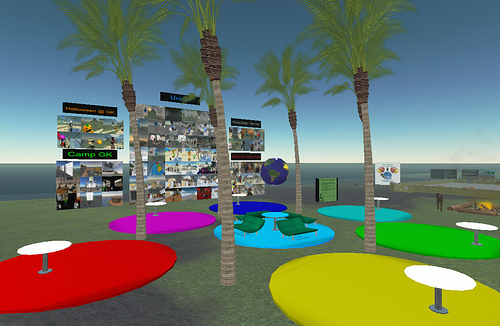 This is the area built by Jay Clostermann for the Birthday cake making contest, which is scheduled to run from March 12 - 16, 2007. May the best cake maker win! 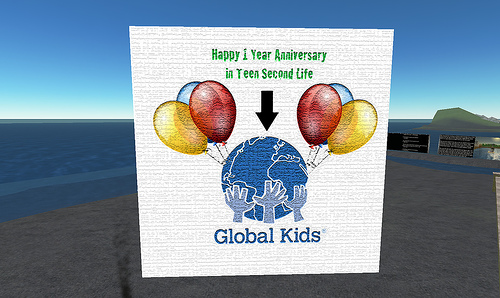