More on Serious Games As Pathways To 3D Web 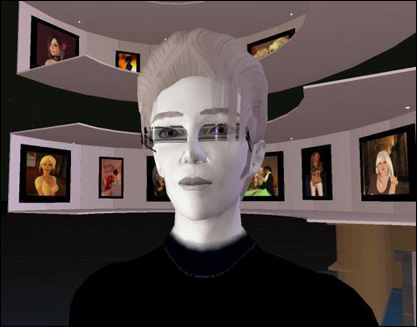 The Internet in 2016 will be an all-encompassing digital playground where people will be immersed in an always-on flood of digital information, whether wandering through physical spaces or diving into virtual worlds.

That was the general picture painted in the draft report that summarizes the conclusions of several dozen pundits who met at the first Metaverse Roadmap Summit last May to prognosticate the "pathway to the 3D Web."

Within 10 years, the report suggests, people may wear glasses that record everything around them. They will likely see little distinction between their real-world social lives and their interactions in digital, 3D virtual worlds. And they'll increasingly turn to services like an enhanced Google Earth that are able to present data on what's happening anywhere, at any time, as it unfolds.

Via: Metaverse RoadMap - Pathways To The 3D Web

The emerging metaverse sector of the global economy includes resources, products, and services managed through 2D and 3D virtual and augmented reality environments. As the density of our network accelerates on a planet with finite surface area, and as our digital and physical environments become increasingly intelligent, automated, networked, and transparent, major new developmental emergences must occur.

We are in the early years of an unprecedented transformation in our relationship to information technology. As visual-spatial and linguistic (right brain and left brain) creatures, we use complex visual-spatial and language interfaces to interact with each other. Soon our 2D+ (geospatial, augmented reality, etc.) and 3D online worlds will become as visually and data rich as the physical world. We are also gaining the ability to talk to our computers (as well as type) in increasingly natural human language. These developments will produce profound new individual and collective abilities, as well as new risks to be mitigated.

Classic economic theory charts development from resources, to products, to services sectors over time. Structural change occurs when GDP (or for the world, GWP) or employment in one sector grows to exceed another.

MVR contends the metaverse sector, growing from today's mostly 2D and early 3D digital media (including film, games, geospatial web, television, and wireless), will encompass and redefine each traditional economic sector in coming decades, the way each has done in its own historical emergence.

Providing plausible indicators and examples of metaverse sector development is a major goal of the roadmap.