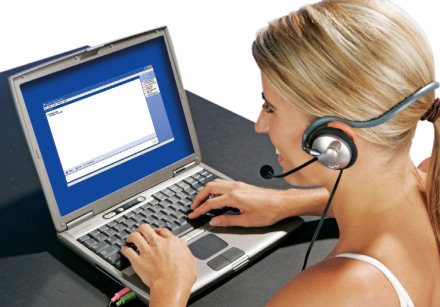 Excerpts from Teaching and Learning with the Net Generation
by Kassandra Barnes, Raymond C. Marateo, and S. Pixy Ferris

A decade ago, the first wave of the Net Generation began to enter college, forcing educational institutions to deal with a new population of learners with unique characteristics. With the Net Generation representing nearly 7% of the population today and with nearly 49.5 million students enrolled in schools in 2003, responding to the specific needs of this generation of learners is becoming increasingly important.

The challenge of evolving pedagogy to meet the needs of Net-savvy students is daunting, but educators are assisted by the fact that this generation values education. These students learn in a different way than their predecessors did, but they do want to learn.

Going through this article that discusses the characteristics of Net Geners' learning styles, I've realized that educators could make the most of these particular traits by means of Serious Games.

One key characteristic of this generation is that they are very education oriented. Educational pressure begins early for Net Geners; college-directed goals take hold as early as the first year of high school. Net Geners state that their efforts in high school are a direct reflection of the type of college to which they plan to gain admission.

Older generations often take as true the stereotypes of teenagers as obsessed with clothing, relationships, and friends. Indeed, most teenagers do feel caught between the competing interests of mastering schoolwork and socializing with their peers. Yet many parents of Net Geners say that their children are spending most of their nights doing school assignments rather than engaging in social activities and the 2004 Trendscan report finds that the number one thing that Net Geners aged 12-24 are saving for is college tuition.

This generation is extremely goal-oriented, and achieving their career ambitions entails a good education. Happily for educators, Net Geners' learning goals do not change in college. Most can be expected to continue to sacrifice weekends to study, to regard the consequences of poor grades seriously, and to attend classes regularly. Even if only in order to enable future success in their chosen careers, Net Geners, on the whole, want to do well in college. 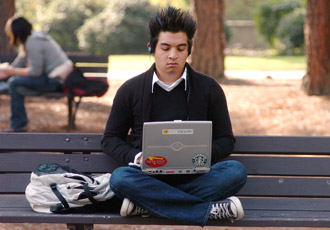 Although they value education highly, Net Geners learn differently from their predecessors. This generation is unique in that it is the first to grow up with digital and cyber technologies. Not only are Net Geners acculturated to the use of technology, they are saturated with it. By the time he or she has reached 21 years of age, the average NetGener will have spent:
Having been raised in an age of media saturation and convenient access to digital technologies, Net Geners have distinctive ways of thinking, communicating, and learning.

Net Geners' habituated use of media in many different formats highlights another clearly notable characteristic of their learning style. Multitasking is an integral part of the Net Generation lifestyle. As a landmark survey found, Net Geners between 8 and 18 report using multiple media simultaneously, using computers and the Internet at the same time as video games, print media, music, and the phone. Another study found that younger Net Geners (aged 6-14) pack 8.5 hours of media usage into 6 hours.

Accustomed as they are to multiple stimuli, Net Geners report being bored in the traditional classroom, even as older educators bemoan Net Geners' short attention span.

Net Geners, however, typically do not accept the notion that the problem is a lack of attention span. They maintain instead that a lack of time compels them to multitask. It is important for educators to understand that, at least sometimes, when Net Geners complain that a particular subject seems unnecessary, they may not be expressing a lack of interest. Rather, the range of activities demanding the time and attention of young people may make them less patient with lessons that do not directly apply to their chosen careers. Multitasking, Net Geners claim, simply helps them get everything done. Whatever the motivation, educators must contend with the fact that multitasking is a way of life for many of today's students.

Since young people will likely continue to be at the forefront of technological change, Net Geners will continue to have a lot to teach educators about evolving technology. Educators should continue to find ways to exploit the skills students develop outside of class -- and video games are certainly among them.