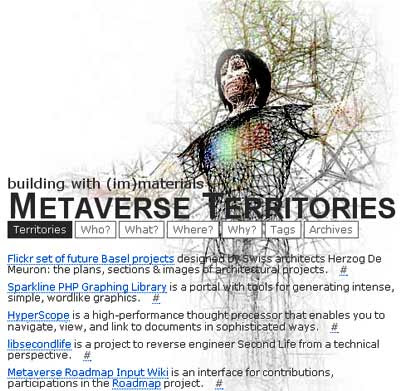 Via: Metaverse RoadMap and NET News.com -- Meet the Metaverse, Your New Digital Home

What happens when video games meet Web 2.0? When virtual worlds meet geospatial maps of the planet? When simulations get real and life and business go virtual? When you use a virtual Earth to navigate the physical Earth, and your avatar becomes your online agent? What happens is the metaverse.

Areas of exploration include the convergence of Web applications with networked computer games and virtual worlds, the use of 3D creation and animation tools in virtual environments, digital mapping, artificial life, and the underlying trends in hardware, software, connectivity, business innovation and social adoption that will drive the transformation of the World Wide Web in the coming decade. 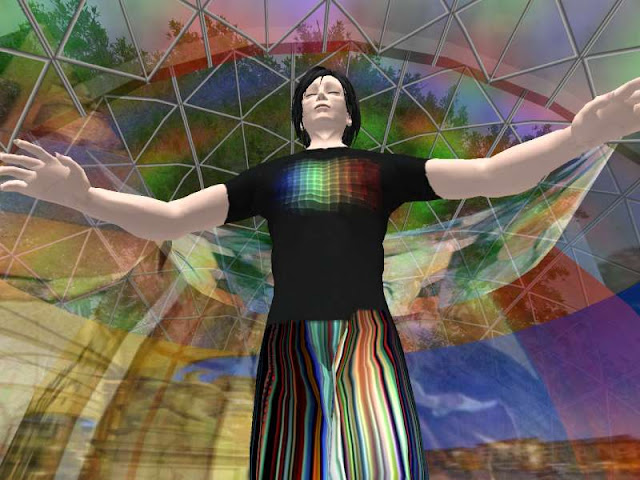 The MVR explores multiple pathways to the 3D enhanced web, not a single path to a "3D-only" web. An array of 3D web enhancements are emerging, visual extensions to the participatory web technologies now sweeping the online world.

Social search, the archiving and sharing of our favorite online and real world activities, ideas and experiences, is coming of age and going visual.

Wikipedia, with over 4.6 million articles in 200 languages, is now the 20th most-visited website.

Democratic social bookmarking, blogging, and syndicating sites like Digg have grown from 17,000 to 400,000 users in 12 months.

Video-enhanced social networking sites like MySpace and Bebo now have over 200 million unique collective users. YouTube, currently the most popular of internet video sites, has 100 million downloads and 65,000 uploads per day.

New browsers like Flock make blogging, RSS syndication, ranking, sharing, and commenting easier than ever before.

Among social virtual worlds, the world Habbo Hotel now has 7 million youth users in 18 countries. The leading open-ended 3D virtual world platform, Second Life, doubled from 160,000 to 330,000 accounts in four months (March to July 2006) and has recently been doubling every two months, to 2.5 million by Jan 2007, when they announced they would take their viewer open source.

The global market for asset trading, object creation, and services rendered in virtual worlds is estimated at anywhere from $700 million to $2 billion per year (mostly undocumented and untaxed at present). In Japan, social networking sites like GaiaX entice their users into online games and virtual worlds as just one of many social options. Early location-based games are emerging in Asia.

In the simulation space, virtual humans are being explored for their online educational ability. Virtual prototyping software is making great strides in industry, bringing us closer to an era of Fab Lab prototyping and product hacking/customization. 3D navigation systems are emerging in the automotive market in Japan and Europe. Local-positioning systems, like 3M's RFID Tracking Solution, and modeling advances like ArcGIS, Google Earth, and SketchUp are allowing us to create "mirror world" versions of physical space like never before...

The Four Main Scenarios
Via: Open The Future by Jamais Cascio April 17, 2007


The scenarios imagined in the report are meant to showcase likely outcomes of metaverse technologies, and how they can benefit society and business.
Augmented Reality is technology, the report says, that's immersive, location-aware and self-tracking. It essentially allows users to get instant data about places and things digitally at any time.

Lifelogging is defined as "the deployment of augmentation technologies (that) focuses more on communication, memory and the observation of other people than on examining and controlling the physical environment," according to the draft report. Essentially, this means that people would use technology to record just about everything going on around them--a kind of always-on blogging in 3D.

"Virtual-world systems will allow a great deal of a community's economic and social life to be carried out" in "areas or disciplines where the physical world and the metaverse remain distinct," the report suggests, and yet where "issues of identity, role and human-human interaction will remain at the forefront."

The last scenario imagines mirror worlds, which, according to the report, will be like Google Earth--digital renderings of geography--but with advanced technologies used to add high degrees of context to "virtual models of reality." Like Google Earth, mirror worlds will present images of the world, potentially layered with much more detailed and timely information.

Next week, the draft report is set to be distributed to summit participants, who will have about seven days to make comments. Then, they will take a last crack at the document before making it publicly available by the end of April.

A brave new virtual world is emerging, and we've only just begun to take stock of its implications. It's going to take a lot of committed folks to make the kind of metaverse we deserve.

How You Can Participate 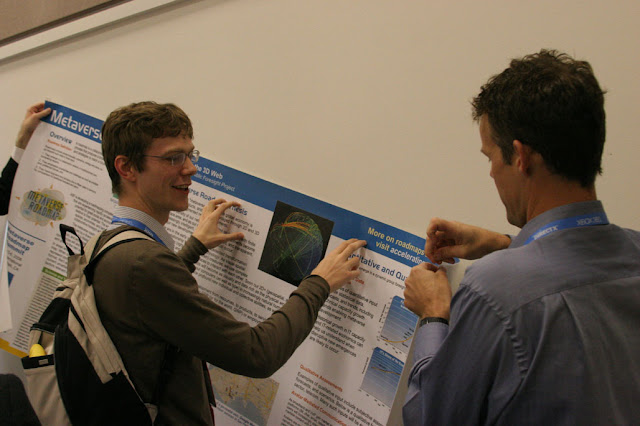 The MVR is organized by the Acceleration Studies Foundation, a nonprofit research group, and supported by a growing team of industry and institutional partners, all innovators in the 3D web.

Several opportunities exist for public participation in development of the roadmap.