Serious Games For A Global Marketplace 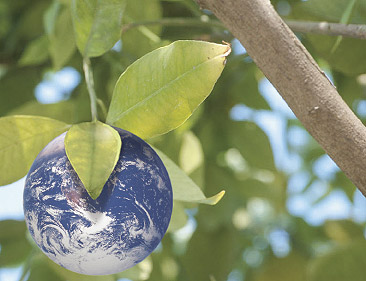 Via: Game Research - The Art, Business, and Science Of Video Games

These last years, we have seen the "Serious Games" area receive increased attention from a variety of places.

Researchers, educators, policy makers and business people are drawn to the area which seems to hold great promise. The
Serious Games Initiative has been particularly important in developing the area, although some feel the focus on military applications has been too string.

Despite the good intentions many questions still remain unanswered. There is a risk that these questions become glossed over by what must be characterized as hype. A few observations on the history of computer games should alert us to some of the current dangers. Indeed, this is not the first time that serious games have been hyped – especially the subarea of educational computer games (often referred to as edutainment).

The largest area within serious games continues to be the educational use of computer games that had its first heyday in the mid-1980s and a second boom in the late 1990s.


There is a vicious cycle that needs to be broken.


In the vicious cycle we see how lower consumer interest leads to smaller budgets, which again leads to less innovation and lower quality resulting in even less consumer interest. Edutainment is struggling with more critical and tech-savvys students, parents and teachers who will not continue to put up with low quality titles.


However, despite an increase in critical sense in the target group, publishers are not picking up on these trends. Perhaps the group of less educated parents, teachers and students just going with any product is still large enough to warrant the old wine on new bottles approach.


On the other hand, serious games is doing extremely well with the hype building.


Serious Games have made its way into Game Developer Conference and Gamasutra as an entity in itself. This is in many regards the result of the Serious Games Initiative which has been extremely successful in pushing "Serious Games" into the spotlight.


Unfortunately, I sense that we may end up in exactly the same place wher edutainment wound up in the mid-1980s and the mid-1990s if we are not careful. Most serious games are not of a very high quality. For now, we still ride on the strong belief in the concept of serious games, and people are content with trying to get it right. Although the concept of serious games is compelling for most people there will come a time, not too far away, where people will start asking for more solid evidence.

Recently there have been attempts at engaging these problems, but it has mostly been on a high level of abstraction at conferences, and afterwards people have gone home doing what they always do.

There is of course a number of very relevant issues around serious games that we should tackle such as the challenges between play and learning, getting debriefing right and including assesment.


I believe that the major challenge of serious games is to really start trying to achieve the same quality as commercial mainstream game titles. Although, serious games have an extra challenge beyond entertainment we should never give up getting as exciting titles as the mainstream market.

Often we hide behind the fact that we are in another business than the game business, but from my perspective this will paint us in to the edutaiment corner if we are not very careful.

The major problem with this approach is on a very concrete level the considerable smaller budgets that serious games operate with. Of course, we can not expect a $1 mio. game budget to blow a AAA title with a $10 mio. game budget out of the waters. However, we should be able to compete against a A title with a similar budget.

When we are able to build the A titles we can also grow the market and slowly get the necessary muscle to go into larger budgets. Of course, this also requires that schools actually begin to appreciate that using computers does not end with buying the hardware, booting up an office package, and surfing the net.


However, there is at least one major flaw with this approach, and that is the fact that serious games is not a global industry. Most serious games are more local than global. The needs and expectations between educational system, military and businesses seems to vary quite considerable across regions. This stands in marked contrast to the mainstream commercial computer games that must be succesful on a global scale.


You cannot imagine a commercial computer game that would only work in Europe, but nevertheless you have several serious games that are only expected to work on a national level like France or Denmark. In the long run this will result in serious games gaining a bad reputation as inferior game titles because they lack the size, scope and ressources to build viable products. I therefore see the major challenge for serious games as developing serious games for a global market place.