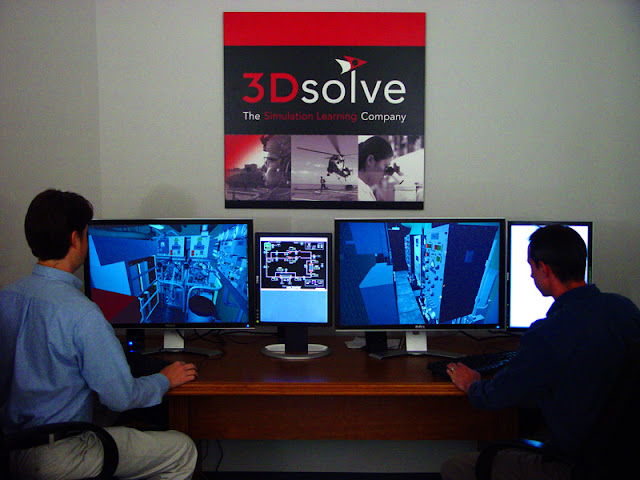 If 20-something pilots can use simulators to train for catastrophes, so should a 20-something restaurant or retail manager.

That's the pitch Richard Boyd, chief executive of 3Dsolve, gives as he tries to sell "Serious Games" to corporate executives who know more about stockrooms than soldiering.

Ten years ago, creating digital corporate simulations was almost impossible science fiction. Costs for the interactive software were prohibitive. Companies were reluctant to spend training dollars on the technology that drives the Super Mario Bros.

The eye-rolling has stopped. In the past two years, "Serious Games" have caught on -- in a big way. They evolved from an academic concept a decade ago to an industry estimated at $400 million, said Elliot Masie, head of The Masie Center, a futurist think tank in Saratoga Springs, N.Y.

In the Triangle, there are nearly two dozen companies involved in making complex learning games, according to the N.C. Advanced Learning Technologies Association, a trade organization formed in March. Although it's not the industry's biggest hub, this region is emerging as a national leader.

Virtual Heroes and 3Dsolve are among local companies selling software that coaches corporate workers, tests soldiers and educates children. Much of the software is built on the back of entertainment software.

The growth of the "serious game" industry in the Triangle parallels the local video-game industry. A pool of artists and programmers and fresh talent from universities have brought publishers such as Electronic Arts to the area.

The "serious game" America's Army, relies heavily on technology developed in the Triangle. It is a $5 million project that the Department of Defense released in 2002 as a recruitment tool. It uses a game engine developed by Cary's Epic Games and contributions from Virtual Heroes, also in Cary.

What makes simulations effective is they cause the brain to react the same way it would in real life, said Richard Kristof, president and CEO of American Research Institute in Morrisville.

"Knowledge makes up 5 percent of learning," Kristof said. "Ten percent is transfer of skills. Eighty-five percent is ability to adapt and apply that information."

Fans say serious games are excellent at connecting the dots between lectures and reading and real-life applications.

But companies that have commissioned outfits such as 3Dsolve for training applications are fiercely protective of their methodology and reluctant to talk about their inner workings. Boyd had more freedom to talk about the military simulations that his company created than about software for corporate clients. 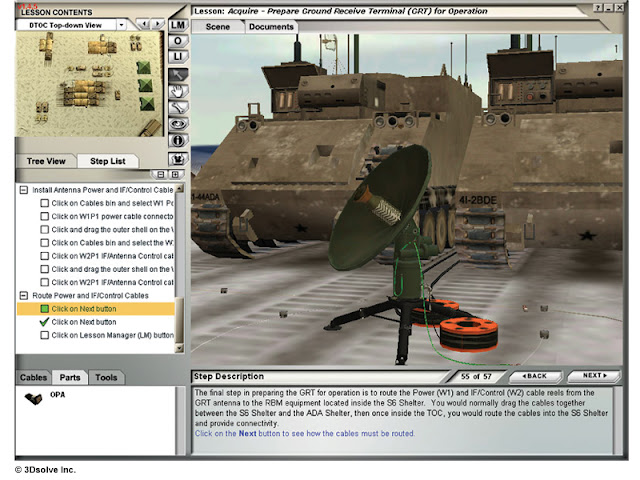 3Dnerve: Currently based on Macromedia’s extremely popular Shockwave delivery platform—but portable to Adobe Acrobat in the future—3Dnerve enables the creation and simulation of 2D and 3D objects, environments, and scenarios 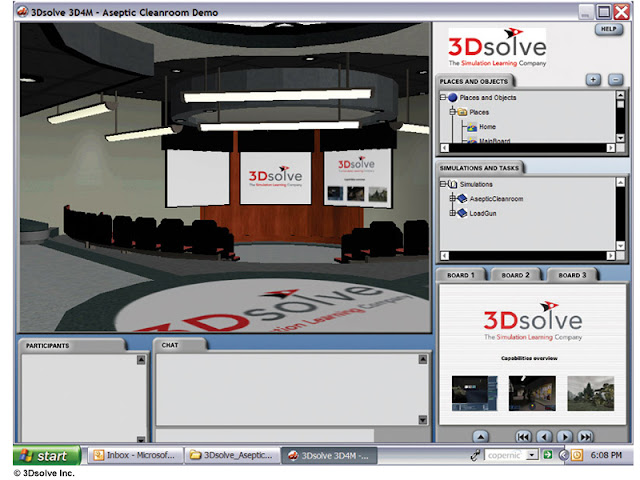 "All of the [non-disclosure] agreements read like they went to the same law seminar," he said.

Nationally, retailer Target has sponsored serious-game research but isn't using the software in all stores. Other companies as diverse as technology giant Cisco Systems and ice cream chain Cold Stone Creamery have created simulations to teach their employees network assembly and how to make the perfect sundae.

This month, Young and NCSU's College of Education will roll out HI FIVES, or Highly Interactive, Fun Internet Virtual Environments in Science, a program that allows teachers to easily create learning games. Funded by a $1.2 million National Science Foundation grant, the program uses Source Engine, the programming code responsible for the wildly popular "Half Life 2" game. With the software, educators can create realistic simulations of spider populations, medieval catapults and other phenomenon.

Dorothy Strickland, the president of Do2Learn in Raleigh, uses the same concepts to teach children who have a hard time understanding spoken language.

Funded by grants from the National Institutes of Health, Strickland creates serious games for children who have severe autism and fetal alcohol syndrome.

An example is "My Yard," which uses software from Cary's Epic Games. In it, Buddy the dog teaches children not to leave the yard or wander into the street. In tests, the majority of the children were able to translate the in-game experience to the real world.

As "Serious Games" take hold among the area's research organizations, said Masie of the New York think tank, the Triangle will become a leader in the serious-game market.

Here's a sampling of the Triangle companies that make "Serious Games":

Headquarters: Cary, with offices in Huntsville, Ala., and Augusta, Ga.
CEO: Richard Boyd
Employees: 22
Serious games: 3Dsolve specializes in three-dimensional graphic simulations for corporate clients and the Department of Defense.

Do2Learn
Headquarters: Raleigh
CEO: Dorothy Strickland
Employees: 3 full-time and as many as 25 contract employees, depending on the project.
Serious Games: Funded by federal grants, the company creates learning games for children with disabilities.