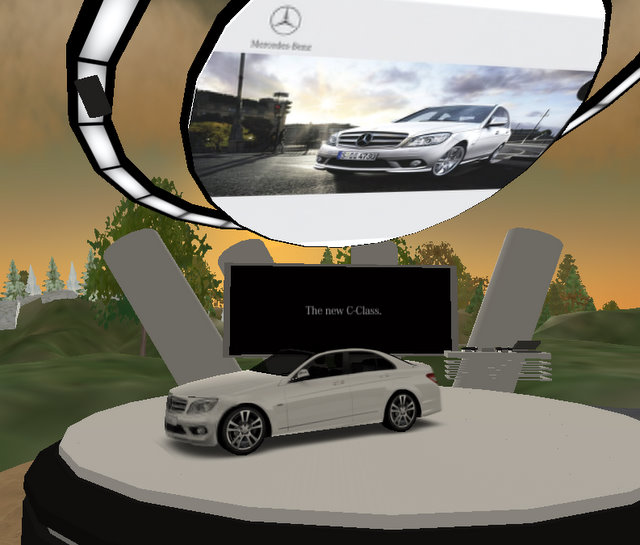 Via: Business and Games Blog - List of Brands in Second Life
Via: Free Beer - Hey! Big Business is wearing NO CLOTHES!

Business and Games Blog reports that inpired by by KZero's map of brand presence in Second Life, they thought about compiling a more usable list with SL URLs and everything, but then they I found a fairly complete one over at SL Business Communicators wiki. 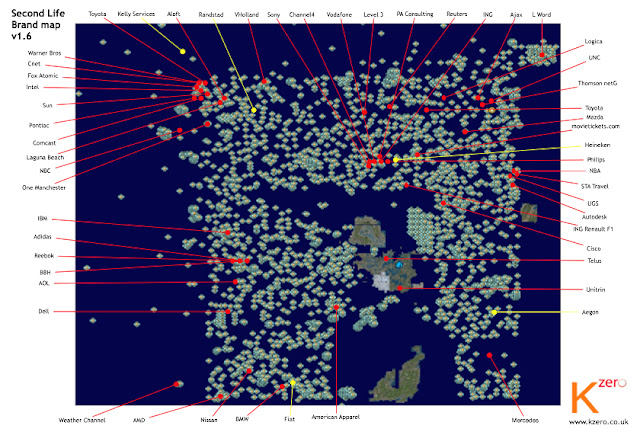 The list is fairly impressive and getting close to one hundred business companies! 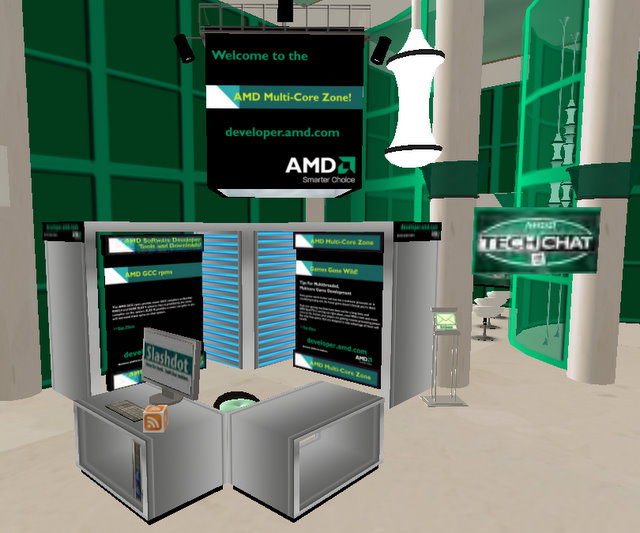 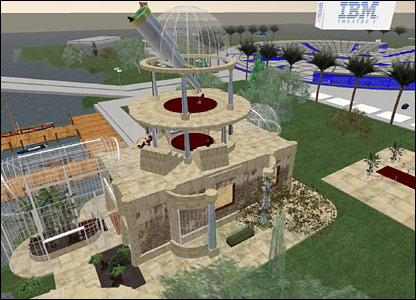 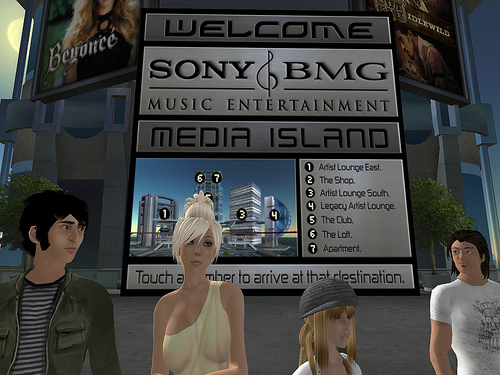 However, Free Beer: On-line + In-World argues that, having now conducted a number of tours of real life businesses in Second Life, the medium is not working as advertised, talking in particular about trying to sell real life goods.

The poor traffic numbers are in spite of the fact that companies have used their PR infrastructure to generate tremendous free kicks from the media, who seem obsessed with the real/virtual transition. The media however are largely missing the point which is the unpredictable phenomenon of a virtual world for adults. This is a little harder to report.

The failure of real life companies to spark interest in their venues is partly flawed strategies and partly the nature of the medium.

The people in Second Life are having an immersive experience. One of those self-expression things. They are not in Second Life hankering for the real world. Developers need to (a) understand that and (b) explain it to their clients. The opportunity for businesses is to tap into the creativity of Second Life and take that into the real world, NOT THE OTHER WAY AROUND. 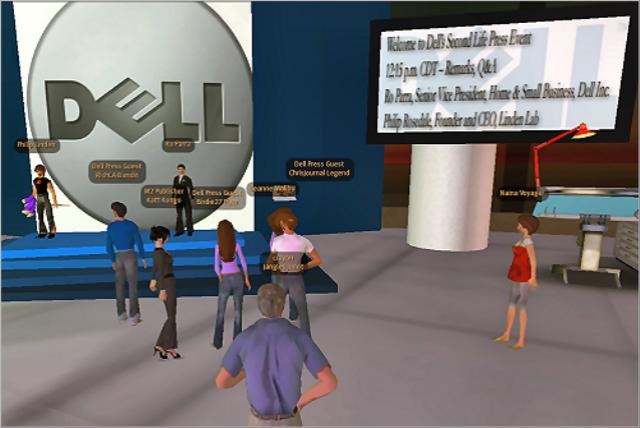 Free-Beer included Dell on the tour. They allow you to configure a computer in Second Life. But only one model is available and you still need to go to the web to complete the sale. Why not just use the web? Just because you can do something in Second Life does not mean you should do it. The web is a better tool for database applications and I am not convinced that Second Life is destined to be the web’s front end.

Businesses should consider the possibility that Second Life’s principal value might not be to help them sell more widgets but to help them communicate powerfully.

I had raised a similar point on my February's post Virtual Worlds and Corporate Governance, where I (Alhadeff) suggested:

An increasing number of tech leaders who think Second Life could be a gold mine, are foreseeing a sizable business in providing the software, computers, and chips that power 3-D worlds, and in advising clients on how to take advantage of them to market or sell products.

However, as I more and more often make the transition between virtual and real worlds, back and forth, I’m becoming increasingly aware of the fact that not necessarily my values as a customer keep pace with these fast, frequent moves.

An anecdotal example would be my recent “acquisition” of a Nissan Sentra, in SL. It only took me a few minutes to get the code, define specs and start driving my car. This experience has probably raised my expectations concerning future purchases in real-life, at a cognitive level.

Once I've designed myself, I could walk around the virtual world and even fly. I see the world on my screen from the vantage point of my avatar. If the Web offered people the liberation of communicating with almost anyone, Second Life gives us the chance to meet people in wildly varying contexts, and do it in a body we created. In marketing terms I could eventually call this experience "extreme customization".

I could relentlessly provide other examples of most rewarding SL experiences, which would not be easily “teleported” to our First Life and therefore could not be valued against real-world metrics. 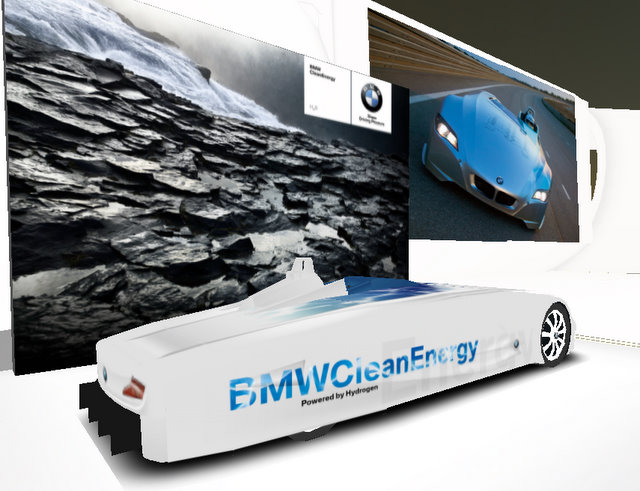