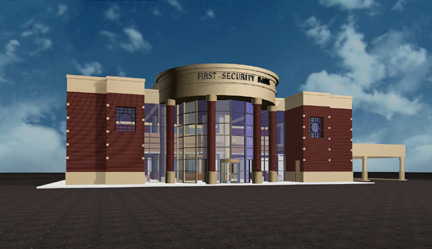 The line between the virtual and the real economy just got blurrier. Swedish-based MindArk, maker of the online virtual world Entropia Universe, announced last week that it sold five banking licenses for a total of $400,000.

The winning bidders included Anshe Chung, perhaps the biggest virtual real-estate tycoon in Second Life, and Jon "Neverdie" Jacobs, the Entropia entrepreneur who previously paid $100,000 for a virtual space station. (He paid $90,000 for his banking license this time). Other bidders included a Russian Web payment company called Moneta.ru and an undisclosed real-world bank. 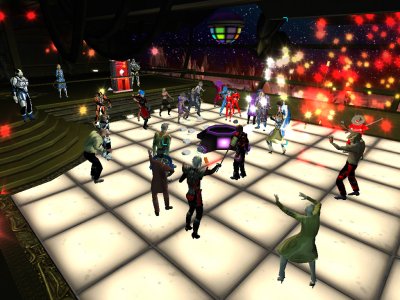 So why would anyone pay a dime to set up a bank in an online world and what exactly can a virtual bank do? Entropia dollars can be exchanged for real dollars at a fixed exchange rate of ten to one, which is guaranteed by MindArk. The way you progress through Entropia is you gain skills by hunting, gathering, or selling virtual goods. The roughly 600,000 registered users of Entropia collect a lot of virtual goods, and now these banks will be able to hold those virtual goods as collateral and lend players virtual money (which can be exchanged for real money). Already without the banks, last year $350 million changed hands inside the virtual universe, up from $165 million in 2005. 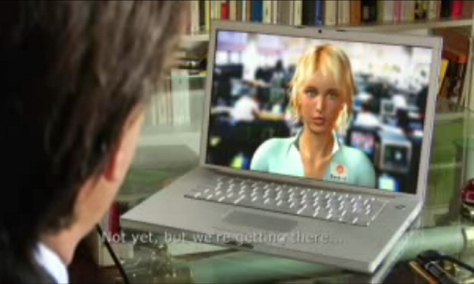 David Simmonds, MindArk's VP of business development, contrasts the Entropia economy to the Second Life economy (where Linden Dollars are the currency, and $1.5 million is traded daily):

You buy your Linden Dollars from Linden Labs, but when you want real dollars you have to sell them to another player. If there is no
nterest, you will have trouble selling them. We have a real cash economy inside the universe. They can take their Visa card and put it into the universe. Once they are finished they can take it out by different means. It's like when you go to Europe. When you get Euroes, you need the confidence that you can convert it back.


On average, Simmonds says, players put in $20 to $50 a month to buy virtual goods (weapons, clothes, real estate). And when they decide to leave Entropia, they can sell those goods back. Each item depreciates in value over time.

That's how MindArk makes money, from the difference between the original value and the depreciated value. The longer a player stays engaged, the more money Entropia makes. (Set aside the fact that depreciation in accounting terms usually applies to physical goods that actually deteriorate over time, whereas a virtual object never wears or tears).

You've got to wonder what banking regulators will make of all of this, and whether these virtual economies will attract criminals or terrorists looking for new ways to launder money (see the article Virtual money laundering now available on the world wide web, at World-Check) . But Simmonds has no doubt that those issues are manageable and that down the line more real-world banks will want in on the Entropia action.

The heart of Entropia Universe is a distant planet named Calypso, which encompasses two continents with animal-filled wildernesses and large expanding cities that offer a variety of entertainment and social interaction for its participants.

In Entropia, participants can create their own persona, or avatar, via a character generation system, and then have the option of choosing a suitable life and virtual existence for their avatar. Characters are able to enter the evolving worlds of Entropia Universe, which are full of unexplored and uncultivated lands. Participants can join a community or even create a civilization of their own. Entropia offers a new avenue for individuals to pursue dreams, fantasies, and adventures in an astoundingly 'real' virtual universe.

In December 2004, Entropia Universe set a world record, certified by the Guinness Book of World Records, when it sold a virtual Treasure Island for $26,500 USD as the largest virtual dollar amount spent, to 22-year old Australian David Storey, a.k.a. "Deathifier." In October 2005, the sale of an asteroid based space resort for $100,000 USD to famed gamer, Jon 'NEVERDIE' Jacobs, set a new record for the most valuable virtual item.