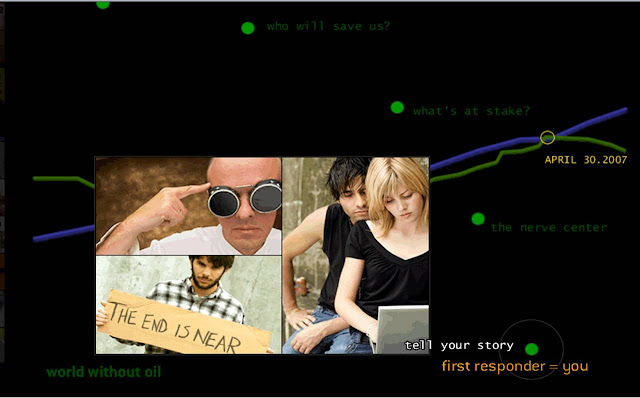 WWO:Generating a massively collaborative map of potential, citizen responses to oil shock; constructing a database of lower-consumption practices that might prevent that shock from happening

As anticipated on my previous post Playing Serious Games Into A New Way Of Acting, and sprung from the imagination of San Jose game maker Ken Eklund, the Internet game began April 30 at http://www.worldwithoutoil.org/

In a matter of days, gas prices will skyrocket, a dwindling food supply will rot, and the oil crisis literally will stop Americans in their tracks.

Log in to "World Without Oil," a free alternate reality game that taps our collective ingenuity to stop a plausible crisis before it happens -- or at least prepare a post-Katrina nation to deal better with a disaster. 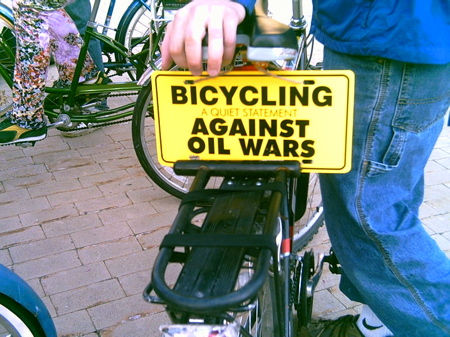 This is the alternate reality game that will change reality," Eklund said.

"People are realizing that (an alternate reality game) is not only a viable way to teach and entertain people, in many ways it's better than book learning."

Players enter the game by e-mail, phone calls and creating real or imagined personas on MySpace. What they say will shape the game.

Most challenging for organizers will be harnessing the collective brain power so it doesn't explode into chaos.To provide cohesion, eight characters will be game masters for the virtual crisis.

Players drop in at any time to offer their thoughts about dealing with issues they might encounter, from soaring prices to trying to commute.

"We're asking people to come and write the story, and that's mainly because the subject is too big for any small group of people," Eklund said.

"The No. 1 challenge is that people's imagination is so great," Eklund said. "We're going to be running as fast as we can to keep up with people."
When the game ends, its makers expect the postings will provide insight and solutions to an oil crisis.

Expect growing demand for games like "Oil," said Jane McGonigal, a Berkeley futurist and game designer for the Institute for the Future in Palo Alto.

"Oil" players visit the Web site and plunge into a drama orchestrated by Eklund. 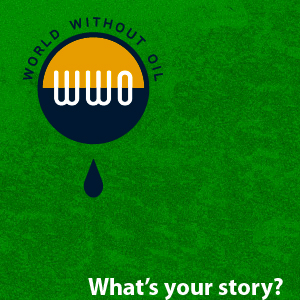 "I was looking for an issue that affected everyone," he said. Hurricane Katrina and its devastating aftermath, which produced a surge in gasoline prices, fueled "Oil."

"Katrina definitely left me with the impression that in times of crisis you need to have your own resources," he said. "You can't depend on a helicopter swooping from the sky to save you. You better have a plan you can rely on. ... Oil just fit the bill because it is the oxygen of our country." The resulting game community will likely return to the real world to evaluate and possibly cut consumption, he said.

Regardless of outcomes, the game sidesteps political posturing and finger pointing. "Oil" was funded through a Corporation of Public Broadcasting grant.

Educators wanting to keep pace with Internet-age students have expressed interest in using "Oil" in class. "I can't tell you how many educators and nonprofit organizers I've talked to who see this as the next generation's type of curriculum," McGonigal said.

The game's topic and interactive nature sold Jeff Towey at Richmond's Making Waves. He plans to have his after-school students participate. He is particularly intrigued by how reality games can cover academic subjects, from science to English.

What distinguishes "Oil" from other Serious Games is that it is an alternate reality game aimed at benefiting the public, McGonigal said.

HOW CAN A GAME HELP US PREPARE?

WORLD WITHOUT OIL aims to help fill a huge gap in our nation's thinking about oil and the economy. As people everywhere grapple with the problem of growing global demand for petroleum, no one has a clear picture of oil availability in the future, nor is there a clear picture of what will happen when demand inevitably outstrips supply. That will depend in large part upon how well people prepare, cooperate, and collectively create solutions. By playing it out in a serious way, the game aims to apply collective intelligence and imagination to the problem in advance, and to create a record that has value for educators, policymakers, and the common people to help anticipate the future and prevent its worst outcomes. “Play it, before you live it.”