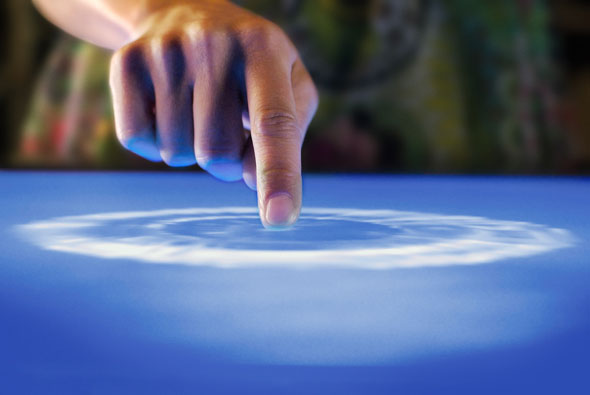 Via: DVICE - Microsoft Surface to rock your dining experience

A few years ago at CES, Bill Gates demoed a future technology that would allow users to sit down in a restaurant, hotel, or airline lounge and use an interactive table surface to get work done. It was a very kludgey design at the time and didn't look like it would actually be made. Flash forward to May 29 when Microsoft's Steve Balmer officially unveiled Microsoft Surface. 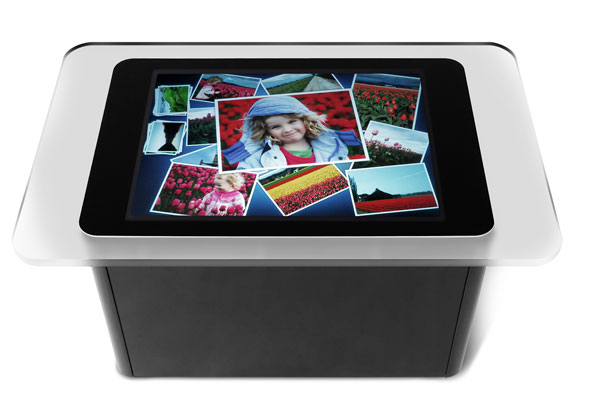 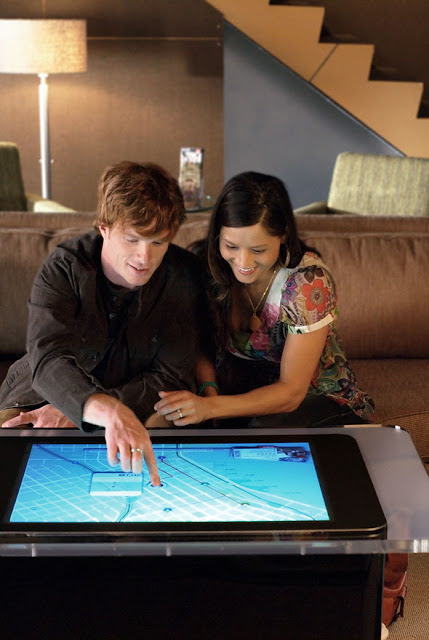 Essentially Surface is a high powered computer built into a beautiful looking table with a 30-inch touch sensitive screen that can recognize objects placed on it. Using dynamic touch, infrared cameras, and physical objects, users can order food, browse photos, load their Zune with music, play games and a lot more.

While it would be great to have one of these as the new coffee table in the house, Microsoft is targeting retail stores, restaurants, and entertainment venues with a price range of $5,000 to $10,000. Availability? Beginning at the end of this year (2007), consumers will be able to interact with Surface in the re. locations. 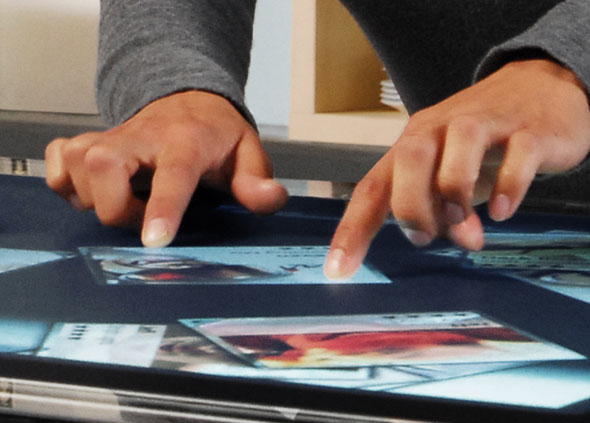 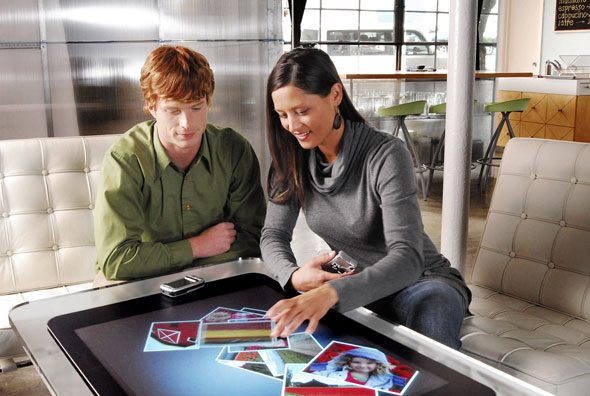 As reminded by Jamais Cascio, via Open The Future, the system bears a remarkable resemblance to the multi-touch display Jeff Han demonstrated at TED in 2006, but it's unclear just how much (if anything) he had to do with the Microsoft product.

Surface does include some nifty features that Han's vertical-mounted screens couldn't do, such as recognizing when a digital devices has been put onto the table and reacting accordingly -- downloading pictures from cameras, opening up a jukebox app for a MP3 player, ordering via a food and beverage app, helping us to make plans for the evening using the map and phone app. 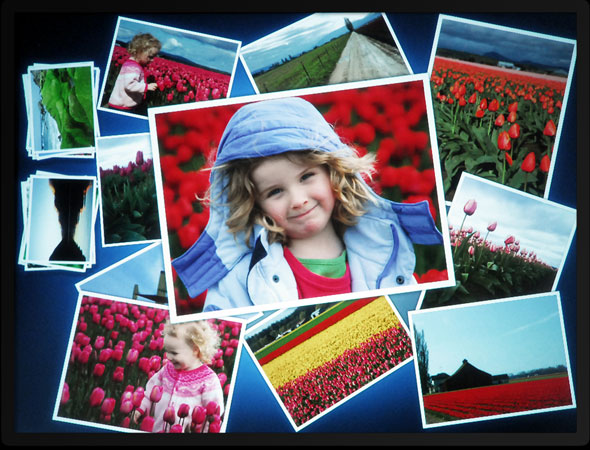 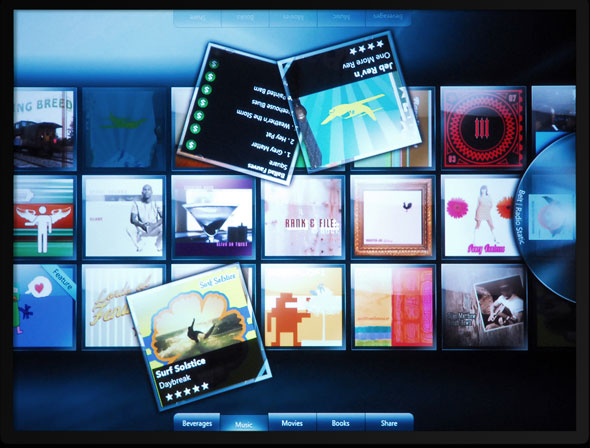 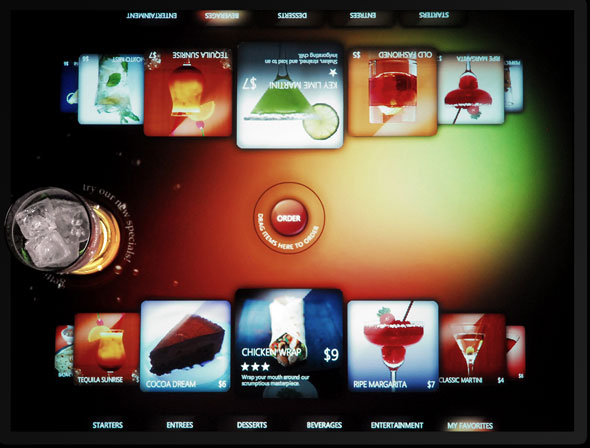 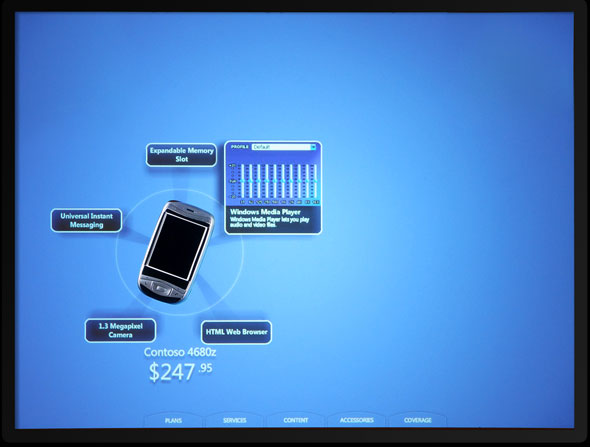 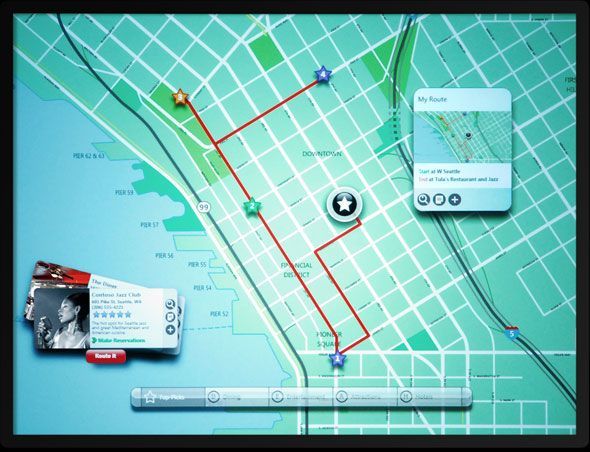