Serious Games As A Way Of Life: Global Kids Is Hiring 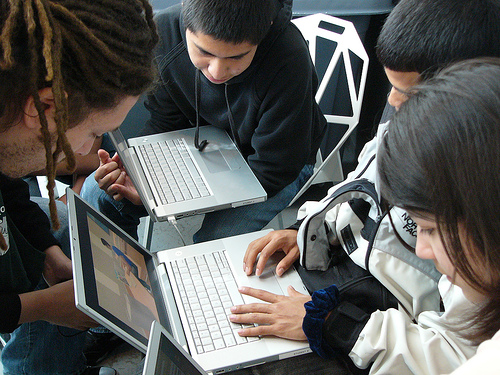 Exciting news! Global Kids' Online Leadership Program, now in its seventh year, is about to experience significant growth in a number of areas with the hiring of additional staff members.

Global Kids is looking for someone to help with the successful two-day a week machinima program, held at the Museum of the Moving Image, called the Virtual Video Project and developed in collaboration with the museum staff.

Specifically, the specialist will be responsible for bringing her or his knowledge of film making techniques, such as storyboarding, editing, and plotting and adapting those to the virtual world of Second Life. 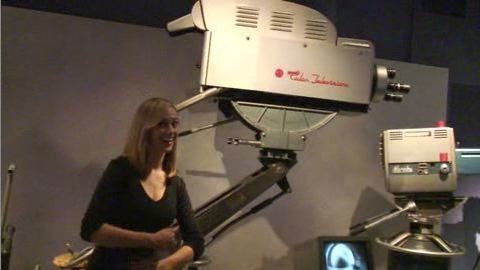 In this project, Global Kids work with 20 high school students on a groundbreaking digital moviemaking after school program. Students have the unique opportunity to learn a variety of skills that will empower them to become critical thinkers, media producers, and global citizens.

Participants create their own virtual films in a supervised, teen-only area of Second Life. Students examine important social issues and create their own animated films about them. Working with recognized experts and leaders in the field of online virtual environments, students participate in digital culture in a hands-on, thoughtful way. At the conclusion of the year-long program, students will distribute their films on the Internet, showcase them at a museum film festival, submit them to youth-media festivals and organizations, and screen them at their schools. 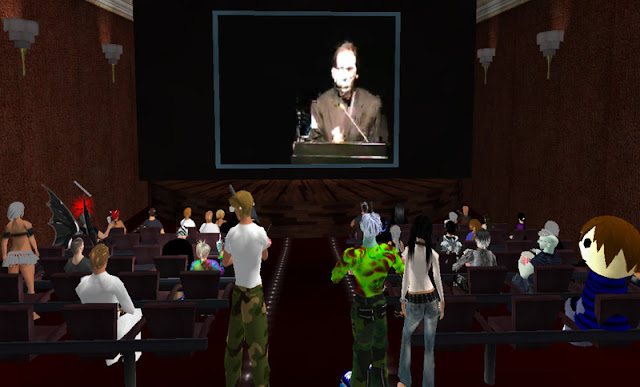 This position will entail bringing the subject areas of a major national foundation into Teen Second Life, the 3D virtual world for 13-17 year olds, including such topics as juvenile justice, human migration, and the environment. 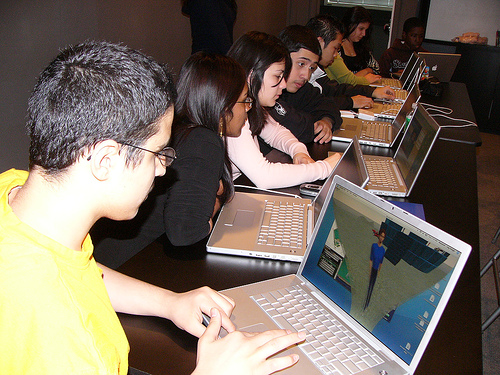 Equal focus will be split between working with the foundation’s departments to understand how a virtual world can be used for educational purposes and developing and running such activities within Second Life. In addition, this position will share responsibility for an after school program bringing marginalized teens from around New York City into Second Life to participate in the development and running of these activities.

This is a part-time position within Global Kids’ Playing 4 Keeps (P4K) program, a successful after school game development program funded by the Microsoft Corporation. The position is responsible for collaborating with other staff to develop and facilitated the after school program and liaison with the funder.

In the first year of the program P4k collaborated with GameLab to develop Ayiti: The Cost of Life, a fun and challenging web-based game about poverty as an obstacle to education in Haiti. The second year, just now concluding, has worked with three groups of teens to create a game in Teen Second Life about the history of prison medical research of African American males. Both programs were based in a high school in Brooklyn. 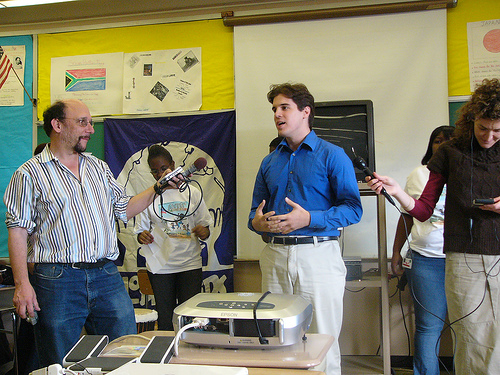 Gamelab says they are happy to have been involved
The photo came from the Ayiti Game release party. The game is about poverty as an obstacle to education in Haiti, and was made by Global Kids Leaders and Gamelab

P4K, in its third year, will be placed at a new school and the game development platform is still under discussion.

This candidate is strongly encouraged to express interest and display the capabilities for working fulltime at Global Kids by filling an upcoming part-time position at Global Kids as the Social Networking Specialist.

More specifically, Global Kids is anticipating September funding for the development of a social networking site for teens passionate in creating, sharing and thinking critically about the roles digital media play in their lives.

These positions, supported through funds by the Robert Wood Johnson Foundation, are integral to a new partnership with YouthVentures.

YouthVentures supports groups of teens to develop social enterprises. A social entrepreneur is someone who recognizes a social problem and uses entrepreneurial principles to organize, create, and manage a venture to make social change. Whereas business entrepreneurs typically measure performance in profit and return, social entrepreneurs assess their success in terms of the impact they have on society. The specific focus of these YouthVenture teams will be health and issues related to health care. The location where teams will be recruited and trained is within Teen Second Life, the 3D virtual world for 13-17 year old.

The assistant will join GK's rapidly expanding Online Leadership Program (OLP) in New York City, where the position will be based. GK’s work in TSL is on the cutting-edge of developing best practices in applying global youth development practices and educational in virtual worlds. The assistant will support the Online Leadership Director and other OLP staff as the OLP program staff grows from three to eleven, being involved with tasks from the mundane to the sublime.