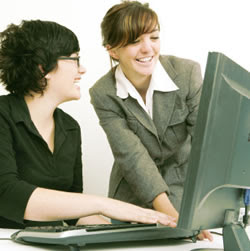 The article Casual Games Get Serious examines why organizations are starting to deploy casual serious games, rather than triple-A inspired projects. It also makes the case that now the time is coming for Casual Games developers to take advantage of the Serious Games space.

Although the underlying assumptions can raise a lot of controversy, I believe it deserves a careful reading since it addresses a recurring Corporate issue: budgetary limitations leading developers to use cheaper production methods.

The article states that games such as America’s Army and Full Spectrum Warrior set the bar in terms of graphics and gameplay for many subsequent serious games in non-military fields. Projects such as Virtual Leader (corporate management game) and Pulse! (medical simulation) all featured advanced AI and a fully functional 3D engine. A dominant direction of Serious Games was being defined. Games in this space were being modeled on successful triple-A titles from the entertainment world. 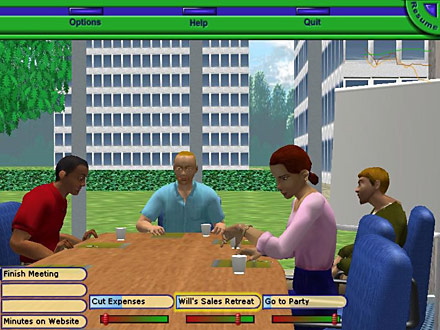 "While many of the initial commissioners of Serious Games projects paid a premium for console quality graphics and deep gameplay, newer organizations interested in serious games for their purposes are starting to look at casual games as a gameplay model."

"In the military, games worked because the target student was young, about 19 years old, and was already conversant in the language of video games. The training platform was ideally suited for the training audience."

"In the corporate market, eventually a company's entire workforce will be video game savvy, but that tipping point is still a long way off. The reality today is that a significant portion of workers needing training are not video game literate. Moving to games modeled on triple-A console titles might not be the most effective way of reaching large groups in need of training."

According to the article, Casual Games fit the corporate demographic reality better than console games. One distinguishing characteristic of Casual Games is their design emphasis on gameplay and control schemes for a less hardcore market.

Another issue for corporate training would be finding the time to train your employees. Classroom training takes the employees away from their jobs, which results in lost productivity. An early rallying cry for Serious Games was that the gaming element would make a training product that was so immersive and entertaining that employees would want to do the training on their own time.

However the article claims that having employees want to do training on their own time does not solve the problem for the training manager. Very few organizations feel comfortable requiring salaried employees to do job related functions at home. Even if the training is more entertaining and motivating, training managers still want the experience to take less time. 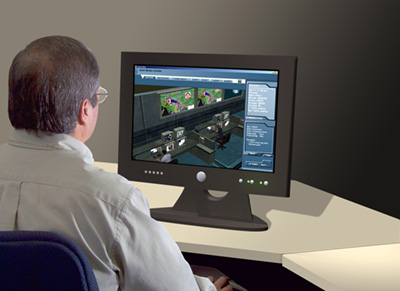 When time is a scarce commodity, Casual Games would be better suited to offering compelling experiences in short play sessions than the more time-commitment heavy console and PC games.

Further on, the article addresses the issues of Network Delivery, Cost Structure and Opportunities for Developers, and concludes: