TechCrunch, among several other sites, recaps the rumors of a Google powered virtual world based on Google Earth which surfaced in January; over the weekend there was word that Google might be testing their virtual world at Arizona State University (ASU).
According to Google Operating System, ASU students have the opportunity to test a new product “that will be publicly launched later this year” by “a major Internet company” that is related to social networking, 3D modeling and video games. The questionnaire attached to the application process asks would be testers if they have a Gmail account, and if not would they be willing to get one. The product's name is "My World" and the logo shows a globe - this could be related to Google Earth. Google also owns a 3D modeling software that could be used to create avatars. Arizona State University has a very close relation with Google: it's one of the first large universities in the US that uses Google Apps, the site search is powered by Google Search Appliance, the university uses Google Maps and the ASU campuses already have 3D models in... Google Earth. But there's actually more than this: the university offered photos for the Google Mars project, Google employees serve as guest speakers or adjunct lecturers at ASU and Google has an office on the Tempe campus of Arizona State University. 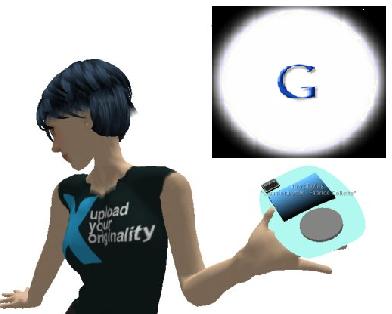 The speculation about a Google Earth Second Life started last year The notion that you can create objects and buildings and place them in a virtual world makes Google Earth sounds less like a mapping tool and more like a metaverse.

Google Earth CTO Michael Jones insisted in January that Google Earth would always remain true to the real world and not dive into the type of fantasy world that Second Life has become. Therefore, Google's implementation would be more like "First Life," but in virtual form. If "My World" turns out to be a virtual representation of real life, however, it seems natural to question the purpose of launching such a service. We could, after all, just step outside and see these things from the vantage point of a real human, not a virtual one.

Instead, it makes sense for Google to mesh a bunch of its tools into one, thus creating a whole new advertising opportunity aimed at people, er, avatars, who are "walking" down virtual (real) streets to check out virtual (real) stores and businesses. And if Google wants, it could incorporate some of its more social ventures, such as social networking site Orkut and Google Talk, in order to motivate users to spend more time there.

Whatever "My World" ends up being, Google will go much further than just competing with Second Life—if the company makes it functionally useful and ties it in with services that people already use, it may have a chance of succeeding at getting average Internet users to participate.