Barry Joseph And GKs: How To Master The Art Of Serious Gaming 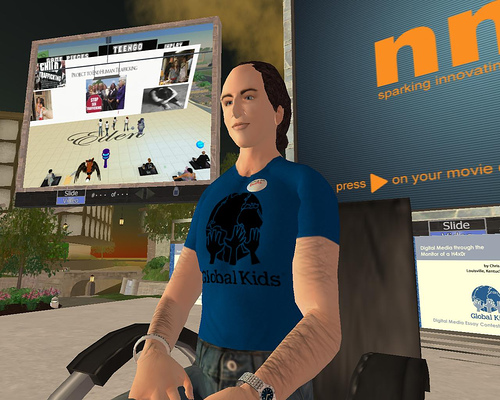 Blogs, wikis, social networks and virtual worlds are just a few of the burgeoning tools nonprofits use to connect, engage constituents, and collaborate. All have revolutionized the way people interact online.

Nonprofits are using Second Life to promote their causes, network with one another, and creatively further their missions — paving the way for other organizations to do the same.

Global Kids bring a global youth development model into Teen Second Life (TSL). They use TSL to develop awareness of global issues and leadership skills amongst teenagers who are currently in TSL and in their after-school programs in New York City.

They have a number of projects that use Second Life in different ways, all funded by either the John D. and Catherine T. MacArthur Foundation or Microsoft.

"Here’s a job you’ve probably never imagined: Developing and running workshops for teens—in Second Life. But thanks to Global Kids, someone has the opportunity to do just that… You can also train and mentor others in Second Life and—as the job offer from Global Kids demonstrates—get paid in real US dollars for it.” 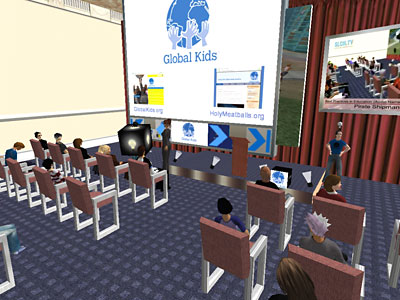 “How do you hire staff for a medium that most do not know even exists?”

While virtual worlds like Second Life are gaining increased attention - e.g. its virtual appearance this month within episodes of both television shows Law & Order and CSI - most Americans have yet to learn about virtual worlds, let alone work with one.

In the fall of 2006, Global Kids, which traditionally does work with youth in New York City, received a grant from the MacArthur Foundation which allowed us, for the first time, to run on-going programs within Second Life. 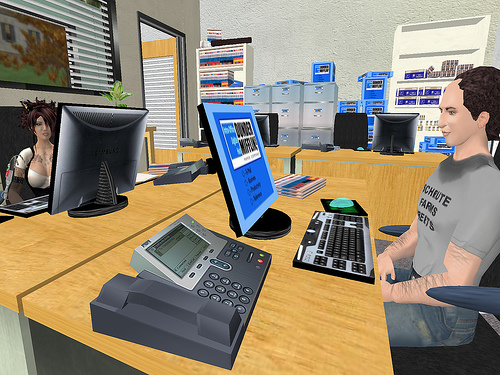 The job listing was so innovative that Monster.com, the online job site, saw fit to comment upon it. Monster went on to say:

“In the online industry, new kinds of jobs are cropping up all the time that simply didn’t exist just a few years ago—corporate blogger, podcasting consultant, Second Life event planner.”

Through a second grant from the MacArthur Foundation, to participate in their Virtual Worlds Initiative, we are now seeking to fill four new positions, one being a project manager who is ostensibly an event planner who promotes international justice. 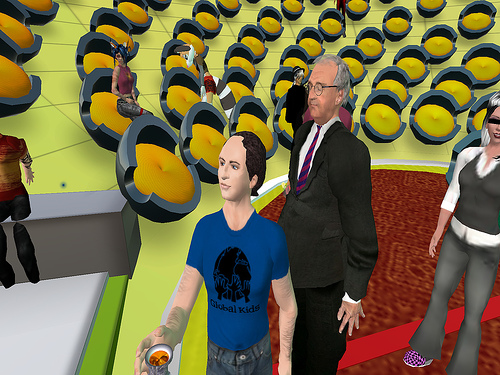 Nowadays, listings for new virtual world position are not so novel. There are hundreds of educators using Second Life, for example, and scores of non-profits.

However, while we were once one of the few guys on the block, today we have fierce competition, and not just from other educators. We just lost a prime candidate to one of the top Second Life development companies, someone who left the NGO community to enter the for-profit world for the first time.

Current conditions differ greatly from the early years of the Web, when the .coms were years ahead of the .orgs; this time we entered the starters box at the same time and are often in competition for the same limited pool of experts.

So how does an educational non-profit compete with a multi million dollar for-profit, whose work promises to be just as cutting-edge (but arguably less socially relevant)?

This concern was brought home by one educator who was sending a number of top-notch candidates our way. She reported they were all “the kind of candidates most organizations would flip for” but had concerns about salary working for a non-profit. She wrote they all “wanted desperately to figure out a way to afford to work for GK!”

This is not a new recruiting tool for non-profits: speak to people’s passions. You might earn more somewhere else, but we can feed your soul. Work for us and you’ll love waking up in the morning. And indeed, the dozen or so employees (depending on the month; we’re growing so fast) who work at Global Kids all share in common their passion for their work, using digital tools to develop youth leaders around global issues.

At the same time, as this job market continues to expand, we can model the possibilities for what this work can look like for the corporate types, as reflected in the following comment received in response to our latest job listings:

“I am teaching an e-commerce course at my local college. It would be very good for my students to see that the skills I am trying to impart to them (Web 2.0 and Virtual Worlds) do have value that professionals are looking for.”