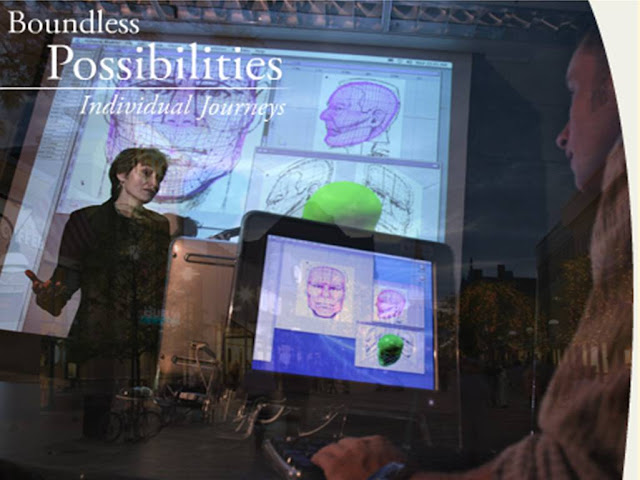 Learning 2007 is going to push Serious Games for Learning Development to the max in an upcoming experiment. Here are 'Mission Possible' ingredients:

* Give them an assignment to create a Learning Focused Serious Game, defined by a group of companies at Learning 2007.

* Over 58 hours, in full view of 2,000 participants - with feedback every few hours - they will build a web based immersive learning game.

* This learning activity will then be reviewed, edited and released into Open Source for the entire global community to use. 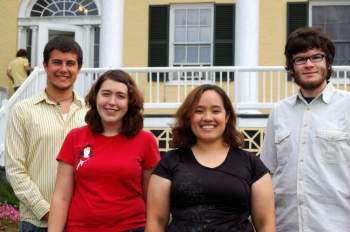 From October 21-24, 2007 in Orlando, Florida, 2,000 professionals will assemble for Learning 2007, the annual global gathering of learning professionals focused on learning changes.

But this year, among the senior members of learning departments of organizations such as McDonald's, Apple, the US Intelligence Community, British Airways and Target Corporation, four Champlain College game development students will be involved in a very public “Serious Game” experiment.

Over the course of 58 hours, in the center of the main conference hall in full view of conference-goers, the Champlain College game development students will create two GameLets. These moderately short Web-based learning games will be focused on specific learning outcomes that can be readily applied in the business world. 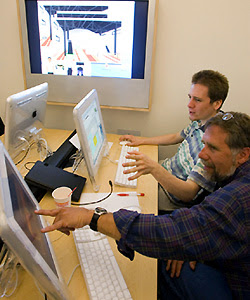 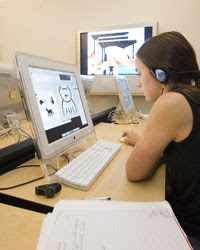 The students were selected for the experiment by Elliott Masie, who organizes this annual conference and heads The MASIE Center, a Saratoga Springs, N.Y., think tank focused on how organizations can support learning and knowledge within the workforce.

“Together we are going to make history in how games can be developed rapidly, collaboratively and across the generations,” he told the students. “You will demonstrate the role of well-trained young people in creating the future of educational design and delivery.” 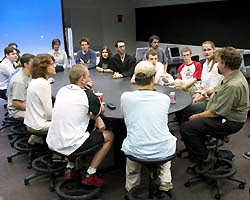 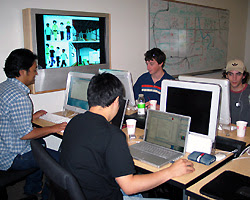 As serious games are becoming more widely acknowledged as a training and learning tool in the business world, Masie and others are looking forward to the experiment and watching the student team work through entire conceptual process, action steps and production. Students in this “GameLab” experiment will be provided feedback by key colleagues, led by John Abele, founder and chair of Boston Scientific, and a key advocate of the use of gaming, simulation and collaboration for professional learning.

While they won’t be told their exact objectives are until they arrive, the Champlain students were given a mission briefing by Masie via a YouTube posting. He said the broad topics for the two GameLets will involve emergency preparation for companies for a pandemic or disaster, and preparing Next Gens to fit in to a multigenerational workplace.

In the conference sessions, some presenters will give updates on the Champlain students’ work. By the close of the event, they plan to have two competed GameLets that can then be posted on the Internet with an open source license so organizations around the world can consider using them in their companies free of charge.

“This Digitally Native generation is driving the medium of games beyond entertainment as a tool to learn, collaborate and communicate. It’s apt that a group of our students will be working to craft game solutions with attendees united by their interest in learning,” said Ann DeMarle, director of the Emergent Media Center at Champlain College. DeMarle will accompany the team and deliver a presentation with Jack Lew, global university relations manager for art talent, Electronic Arts, on developing programs such as Champlain’s game development program to support the learning objectives and skills needed in the game industry.