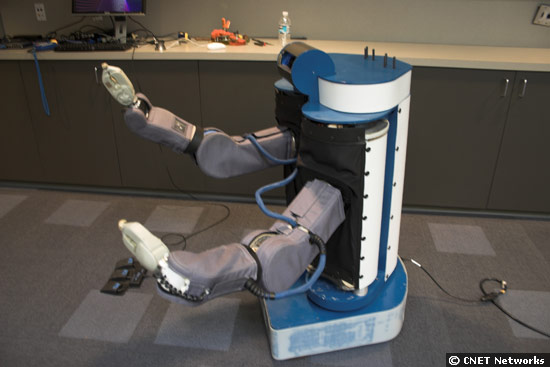 This is a prototype from Willow Garage of a personal robot whose hands, such as they are, can manipulate objects

A Silicon Valley start-up is taking a novel approach to building a business for domestic robots and driverless vehicles.
Based in Menlo Park, California, Willow Garage is a new, privately-funded research lab focused on developing the next generation of autonomous devices.

They are interested in applications that take computers out of the server room and enable them to more directly impact the world as robots.

Their initial projects include an autonomous car, an unmanned solar-powered boat designed to sail around the world and a personal robot that can do household chores (in collaboration with the STAIR project at Stanford). 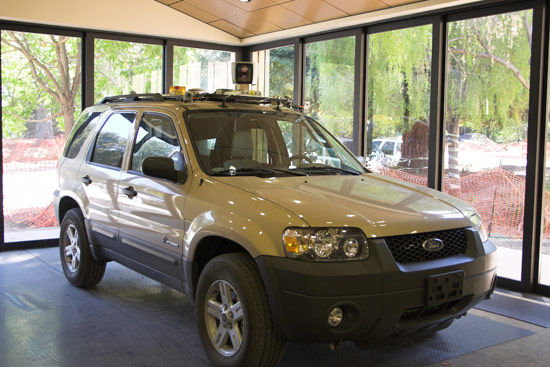 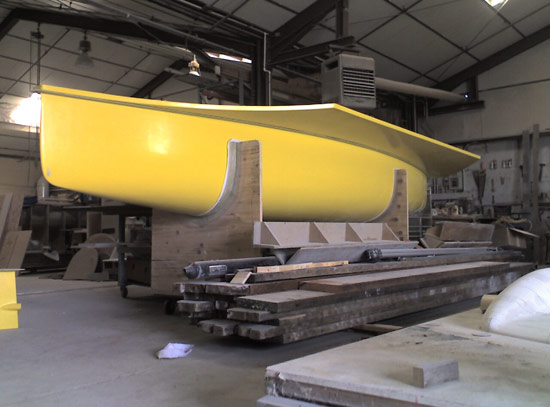 The company also plans to start testing an autonomous, solar-powered boat within the next six weeks

"With no pressure to make money initially, the company will act more like a robotics think tank and will eventually devise licensing models for its technology", said Steve Cousins.

Steve Cousins is President and CEO of Willow Garage. Steve received his B.S. and M.S. degrees in Computer Science from Washington University and then worked for four years teaching in the department and doing research in Medical Informatics at the Washington University Medical School. He earned his Ph.D. in Computer Science from Stanford and while studying he worked at Interval Research. After graduating, he joined the research staff at Xerox PARC, and was promoted to Lab Manager for Advanced Development when PARC spun out from Xerox in 2002. Steve moved to the IBM Almaden Research center in 2003, where he was the Senior Manager for User-Focused Systems, one of the top Human-Computer Interaction Research groups in the world.

"Our model is to do this as a research project, and if people chart a product, we'll spin off a company to start it," Cousins, a former IBM Research executive, said in a recent interview.

The company plans to announce today that it has donated $850,000 to Stanford University's Computer Science Lab, which is also developing open-source software for personal robots. Willow Garage is collaborating with Stanford in the field, and it hired two research students from the lab to work on its PR2, a prototype of a personal-assistant robot with standardized software. (The students built PR1 at Stanford.)

Cousins didn't identify the private investors in Willow Garage, but the company is presumably bankrolled by Hassan, whose eGroups sold to Yahoo in 2000 for $412 million. Hassan was also an early software architect of Google, Amazon.com's Alexa Internet and the Stanford Digital Library.

The emergence of Willow Garage comes as commercial interest in robotics and cognitive computing is on the rise.

The company also plans to make its robotics software open-source. That way, it hopes to draw a community of developers to build applications in these respective fields.