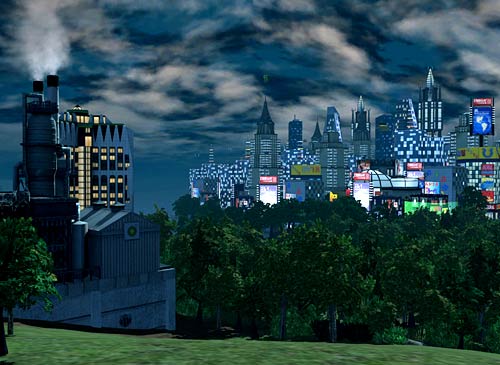 Via: Education Futures and Open the Future

Electronic Arts (EA)’s SimCity, the popular simulation game that challenges users to build and run a metropolis, is set to release its latest version in mid-November - SimCity Societies.

The game integrates a social and cultural modeling component.

“Featuring an all-new, revolutionary feature set, SimCity Societies allows you to create your own kinds of cities and shape their cultures and environment.” 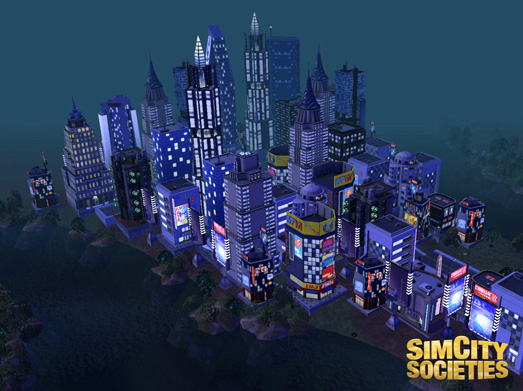 Jamais Cascio notes that rather than worrying about building zones and water supplies, the new game gives the player the tools with which to build the kind of society she or he wants: agrarian, totalitarian, creative, and so forth. The challenges that one faces depend on the kind of culture that has emerged:

Different buildings give off specific energies and citizens adapt according to the city's vibe. By using this design, players can toy with various social experiments that include eco-friendly buildings, whacky creative cities with gingerbread houses or dystopian police-states. Or players can go for it all and even try for a free-wheeling eclectic society.” 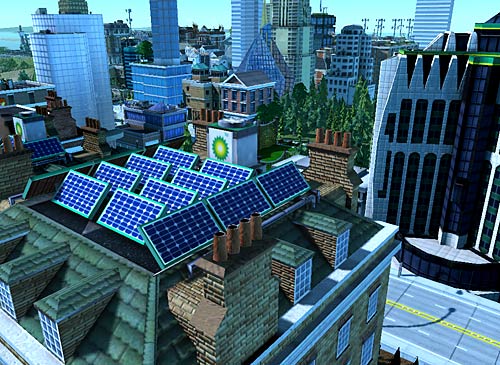 Marking a new form of collaboration between the entertainment industry and corporations seeking to highlight a social or political agenda, Electronic Arts, has collaborated with BP, the energy company, in developing the latest installment of the hit SimCity computer game series.

Since its debut in 1989, the SimCity franchise has sold more than 18 million copies, thanks to its addictive and somewhat educational game play, which focuses on building and managing a modern metropolis.

Coping with environmental pollution has long been part of the series.

But for the latest version, SimCity Societies, Electronic Arts and BP worked together to build what the companies describe as a more nuanced power generation and pollution simulation. The companies say the game is meant to show the trade-offs among three aspects of electrical power: cost, power output and pollution. 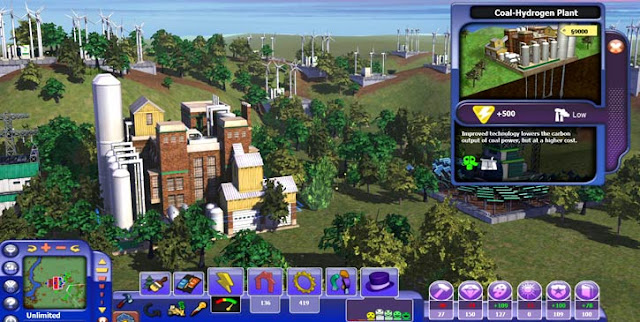 For most players the most economically efficient way to power their virtual cities may be with coal plants, which produce 500 units of electricity and cost 3,000 simoleons, the game’s currency, to build.

Coal plants, however, produce large amounts of pollution, which can lead to natural disasters like droughts, and they also reduce the happiness of the city’s nearby citizens, which in turn causes them to produce less tax revenue. 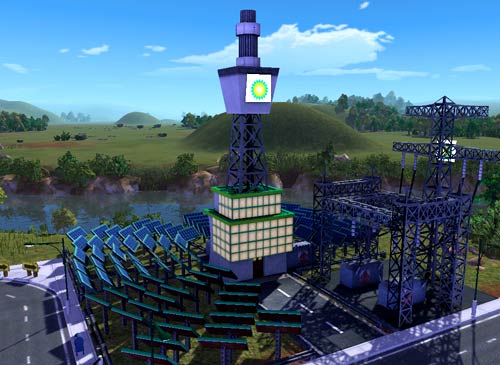 On the other hand, a solar farm in the game has no negative side effects and also costs 3,000 simoleons but produces only 100 units of electricity, a mere fifth of the coal plant’s output. (A nuclear plant costs a whopping 30,000 simoleons, produces 1,500 units of power and zero emissions, but reduces the happiness of nearby citizens nonetheless.)

“Awareness versus NO GREEN MARKETING”?!!!!

As a key sponsor of Societies, BP will place its logo on renewable energy sources throughout the game. BP is likely betting that branding renewable energy in this virtual world will have a positive impact on brand awareness, favorability and purchase intent in the real world.

One wrinkle in the game’s marketing, in my view, is that relatively clean systems like wind farms, natural gas plants and solar farms are branded with the BP logo, while the dirty options like coal are not. 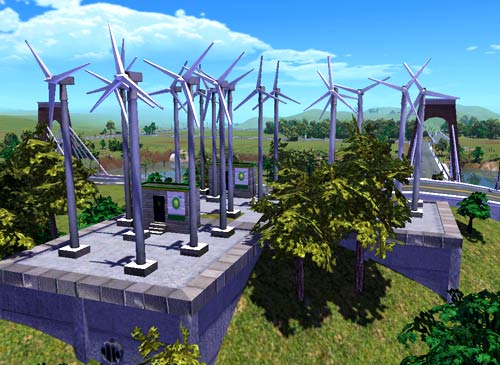 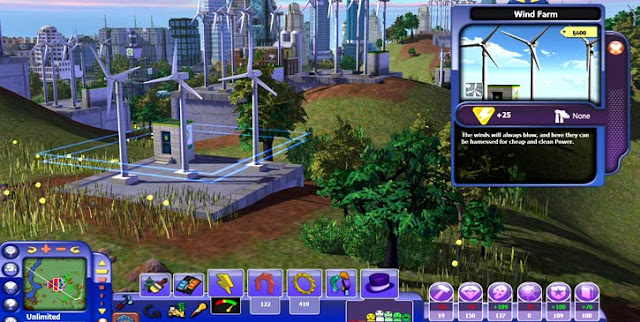 With SimCity Societies, executives said, BP paid Electronic Arts to have its logo included in the game, though they would not disclose the amount. BP will also help distribute a demonstration version of the game online and possibly at BP gas stations.

Gaming is an emerging channel that may be used to reach new audiences and influence behaviors. For marketers like BP, such an immersive environment offers the chance not only to influence awareness and consideration in a virtual world, but to shape behaviors that impact the bottom line in the real one.