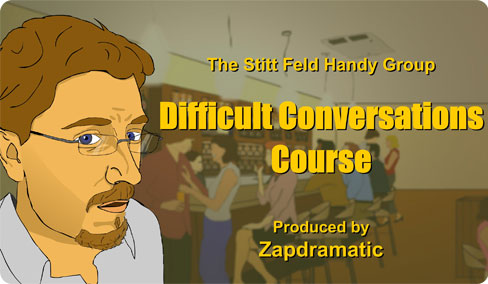 The unique flash games from Zap Dramatic put you in the middle of disputes between two neighbors or between Union and Management negotiation teams, or dealing with difficult negotiators.

Zap Dramatic is a leading interactive media company based in Toronto, Canada.

Zap's goal is to popularize the art and science of negotiation to a world audience using interactive simulated adventure games.

The first Zap Dramatic game was launched in January 2001 when “The Desperate Dad”, the first chapter of Zap Dramatics' online interactive mystery series, Ambition, became an underground hit. The episode brought thousands of users to the Zap Dramatic Web site, which has steadily grown into a popular member-supported game environment. 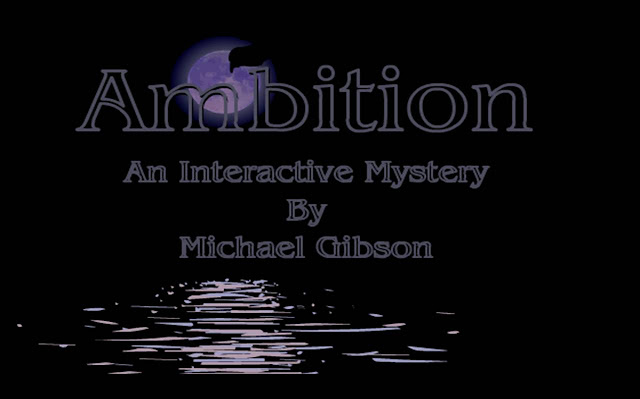 Ambition is a web based episodic mystery series. At the heart of each episode there is a negotiation puzzle

In January 2004, Zap released Episode 6 ("The Suspects") in the Ambition series to Newgrounds.com, the world's largest flash portal.

A great deal of the appeal of Zap Dramatic :: Online Negotiation Games lays in the fact that creator and user can interact with ease. With each launch of a new Zap Dramatic episode, users from around the world write in with comments and suggestions many of which are incorporated into subsequent episodes. This collaborative process has helped Zap create challenging, engaging, user-friendly experience for all ages.

Ambition is ZAP's most, well, ambitious effort to date, with a complex storyline spanning 10 episode and featuring a colorful cast of suspects. 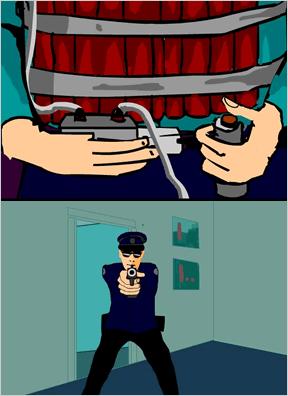 “A desperate man grips the detonator of the explosives belted around his waist, his thumb hovering ever so slightly above that little, harmless-looking red button. On the other side of the room a cop stands, gun drawn, his finger trembling over the trigger. You are the invisible observer, responsible for helping the cop find some way out of this seemingly impossible situation. Can you find a way to walk the fine line between the would-be bomber's hope and despair and emerge with your life?”

Episodes 1 and 10 of the Ambition series are available online and offer complicated simulations of conversational inquiry and negotiation.

In April, 2005, Zap launched Move or Die, an interactive animated adventure series, which challenges users to successfully negotiate with two ethically challenged siblings who are bound and determined to rationalize their way into a deadly collision with the Karma bus. 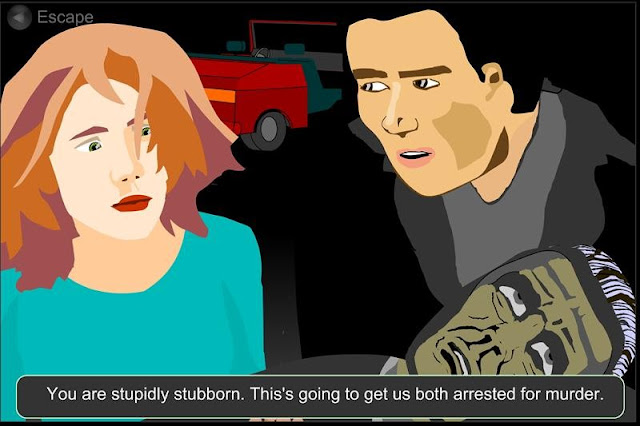 Zap Dramatic games act as snapshots of particular situations. Each snapshot is well defined and well written enough to present realistically complex situations with realistically narrow yet confusing options. In addition to educational uses, its case studies and dramas offer a sense of the mixed variables involved in human business negotiations.

Zap has also created licensed and customized online negotiation games for the corporate, professional and educational markets. In February 2003, it launched a university level online negotiation course. Four universities around the world currently offer certificates to users upon completion of the course. Clients include lawyers, professionals, sales people and companies and organizations such as Volvo and the Canadian Federal Government. The Law Society of Great Britain offers professional development credits to their members who complete the course.

"The Print Shop" features a business negotiation between a buyer and the player as an art dealer. The course is made up of 8 modules, 7 of which are simulated negotiations that you will conduct with animated computer characters.

Once you have negotiated the best deal, you will be able to review notes setting out the theory of why a particular approach was successful and discussing how the concepts you have used can be applied in the real world. The notes also provide tips for future negotiations. You will be able to download all 67 pages of the notes at the end of the course and therefore have a short book to keep as reference material.

Case Study on Professionalism and Ethics

One of the more interesting free games is the "Case Study on Professionalism and Ethics" which walks players through a business scenario that could be ethically complicated.

Zap Dramatic has created an interactive scenario in which the learner has to go through a day in the life of a farm consultant. It carefully lays a number of ethical traps, where most people who play the simulation will find themselves in an unethical situation from which they can not escape. They learn from that failure and not fall into the same trap on the subsequent attempt.