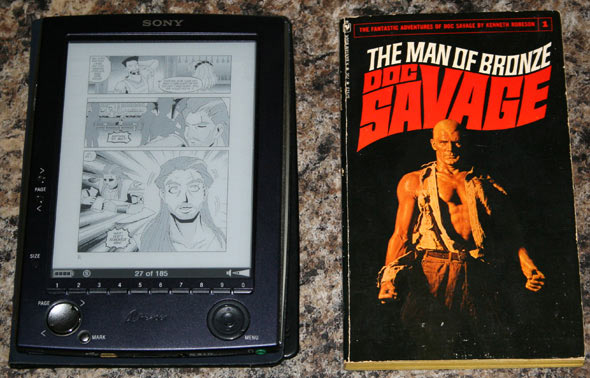 Consumers have long been able to download audio and partial-text versions of books. But now, with a simple button click, a new electronic reading device is poised to do for books what Apple and the iPod did for music.

For three years Amazon founder and CEO Jeff Bezos has worked diligently to produce the completely wireless device, which has launched in stores last Monday.

The 10-ounce gadget can hold up to 200 books at a time. And while the mechanism has no monthly fees or wireless bills for purchasers to worry about, Bezos said the added value means consumers should not expect to see a drop in the Kindle's $399 price tag. 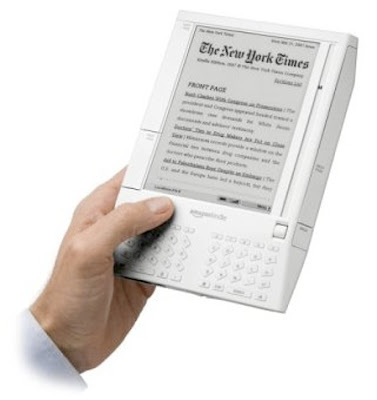 The Kindle is not Wi-Fi compatible. Instead, it has its own EV-DO network, called Whispernet, which is affiliated with Sprint. The Kindle not only allows users to download books, but also newspapers and magazines, and they can subscribe to blogs in less than a minute. Bezos said it will revolutionize the way people read, and it's simple to use. 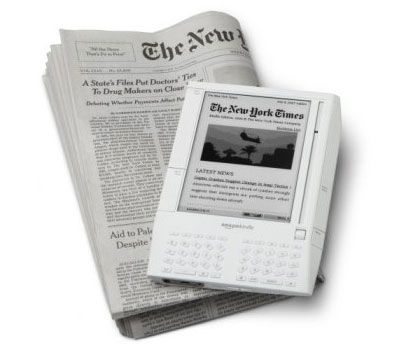 From its inception, the Kindle has been geared toward "road warriors" and business travelers. The device includes a feature to download digital editions of The New York Times and The Wall Street Journal each morning

It has a browser, but only a very basic one. The Kindle's major competition right now is Sony's Digital eBook Reader. That device doesn't connect to the Internet at all, but converts Word documents into readable files for free (the Kindle will charge $.10 per document emailed), and makes it easy for you to read any pdf file. 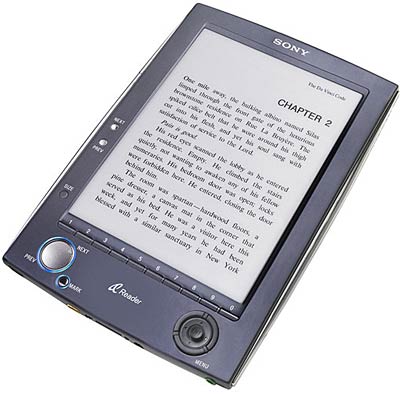 Using E Ink technology, the Sony Reader is able to produce crisp black-and-white images and lines (along with four scales of gray), which make e-books as easy to read as printed material.

The Kindle is geared much more towards customers who want to buy books from Kindle's Amazon store, which has 90,000 books already, all under $10. Unlike with iTunes, any book that you download from Amazon onto the device is stored permanently on Amazon, in case your Kindle ever crashes. 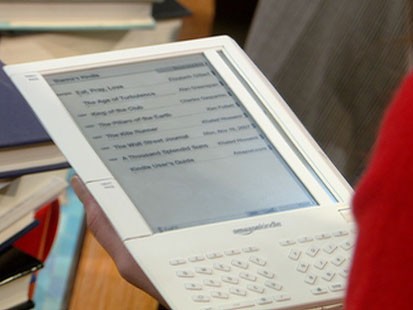 Part of the Kindle's charm is that it aims to read like a real book with a paperlike display. But unlike old-school periodicals, users control the settings on the eBook. If you want to change the font size you can just come down and pick your font size.

While Bezos is enthused about his new product, the entrepreneur is already working on ways to improve the Kindle.

"The book is a highly evolved object, and it's fantastically, elegantly suited to its purpose, and our job is to even improve on something that is so elegant and so well done and that's what we're working on doing here. And I think people will be pleasantly impressed," Bezos said.