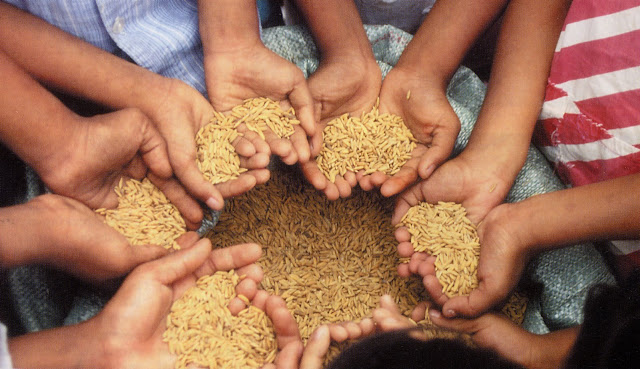 FreeRice game has now generated enough rice to feed 50,000 people for one day.

The game tests the vocabulary of participants. For each click on a correct answer, the website donates money to buy 10 grains of rice. 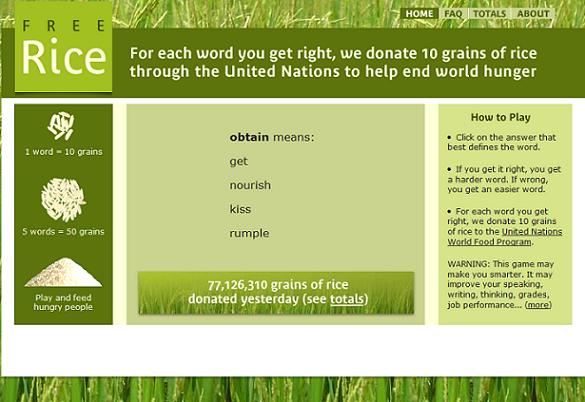 Companies advertising on the website provide the money to the United Nations World Food Program (WFP) to buy and distribute the rice.

FreeRice went online in early October and has now raised 1bn grains of rice, that is enough rice to feed 50,000 people for one day, the WFP said on Friday. 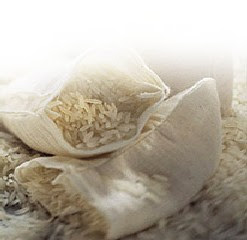 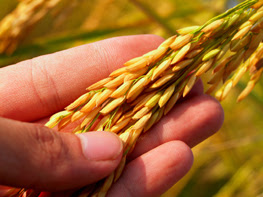 The site has generated buzz in the blogosphere and considerable press attention.

The head of the WFP, Josette Sheeran, said: "FreeRice really hits home how the web can be harnessed to raise awareness and funds for he world's number one emergency."

FreeRice is the invention of US online fundraising pioneer John Breen who runs Poverty.com and used to run TheHungerSite.

In a nutshell (or rice husk) the game works like this: you’re given a word to choose among four definitions, with every correct answer resulting in the donation of 10 grains of rice to the UN World Food Programme.

Every three consecutive correct answers raises your vocabulary level, and the words become harder thus testing and improving your vocab as you play. 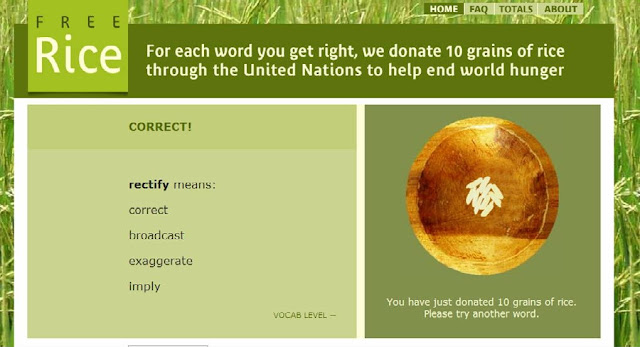 FreeRice has a custom database containing thousands of words at varying degrees of difficulty. There are words appropriate for people just learning English and words that will challenge the most scholarly professors.

FreeRice automatically adjusts to your level of vocabulary. It starts by giving you words at different levels of difficulty and then, based on how you do, assigns you an approximate starting level. You then determine a more exact level for yourself as you play. When you get a word wrong, you go to an easier level. When you get three words in a row right, you go to a harder level. This one-to-three ratio is best for keeping you at the “outer fringe” of your vocabulary, where learning can take place.

There are 50 levels in all, but it is rare for people to get above level 48.