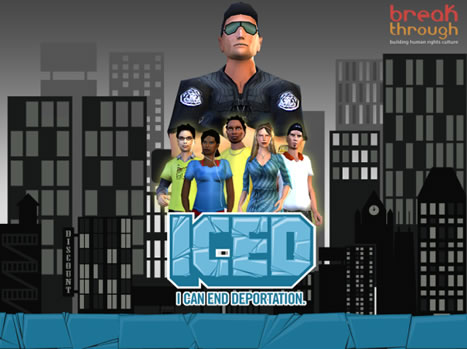 
Serious Games to walk a mile in immigrants shoes

Game Politics brings to our attention that reporter Melissa Newton of Oklahoma City’s KOCO-5 offers a balanced look at the emotionally-charged topic of immigration.

The focus of Newton’s report is ICED! (I Can End Deportation), an upcoming online game published by New York-based nonprofit Breakthrough, which describes itself as “an international human rights organization that uses media, education and pop culture to promote values of dignity, equality and justice.” 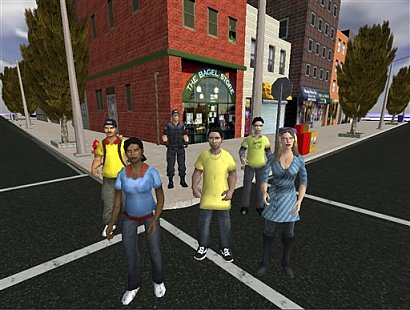 "ICED! I Can End Deportation" is a downloadable, interactive, 3D role-playing-game that teaches players about the nature of the 1996 US immigration policies, which in the developers view would deny due process and violate fundamental human rights. 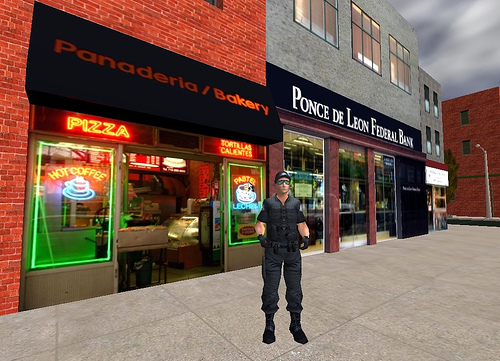 The game is aimed at high school and college age students and is scheduled for January 2008 release. The game will be downloadable from  http://www.icedgame.com/ and the website will house educational materials about detention and deportation as well as information on how youth can impact policy decisions. 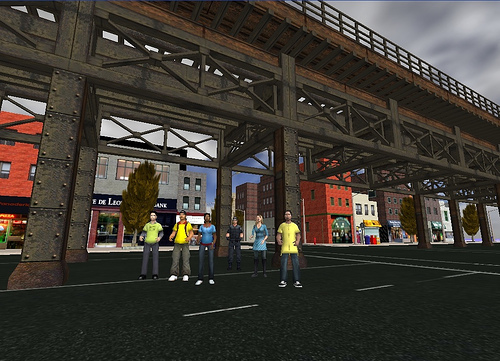 In ICED!, players will choose one of five characters to inhabit. These characters each have a different immigration status and ethnicity, to dispel the myth that the majority of immigrants are of Mexican descent and that only undocumented immigrants are being detained or deported.

The player can choose a character and listen to the character's back story. While level one loads, the player is given information on the 1996 laws and how these laws changed immigration policy denying judges the right to rule on immigration cases, the laws are mandatory. The character is then taken to level one- the city.

As the player navigates the city, s/he starts with 100 points as an immigrant youth. They must avoid immigration officers, make moral decisions and answer myth/fact questions about immigration.

If the player chooses incorrectly, these points decrease, and more immigration officers will chase the character. This increases the players chances of being placed in detention.

Civic points, which are gained by doing good tasks in the community, allow players to earn points, which delay, but do not overcome the inevitable- level two, detention.

In detention, the player will be confronted by moral choices, and myth & fact questions, as well as the potential danger of being sent to “the hole” a dark, solitary part of the detention center. Once in detention, the player endures separation from his/her family and experiences unjust conditions often for unknown amounts of time. 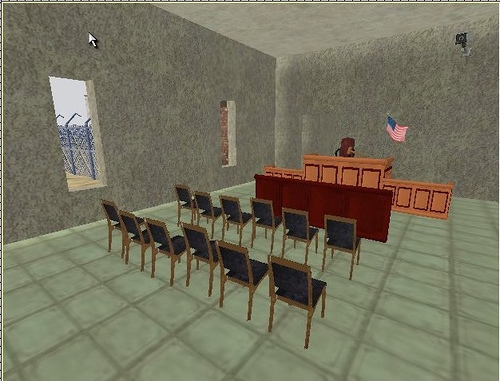 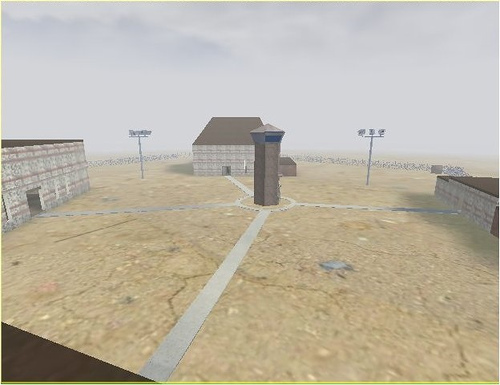 The game was built on Torque Game Engine and 3rd party software. Breakthrough and game designers brainstormed with over 100 NYC high school students. The initial drawings for locations, possible characters, as well as game strategies and obstacles were then combined and translated into the actual game environment, which consists of a city, and a detention center.

Breakthrough also consulted with various immigrant rights organizations, such as Families for Freedom and CAIR Coalition, as well as detainees regarding the content of our voice overs, character back stories and myth/fact questions. Breakthrough's goal was to make the game an authentic representation of immigrant experiences.