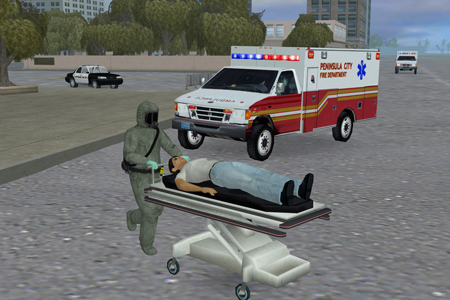 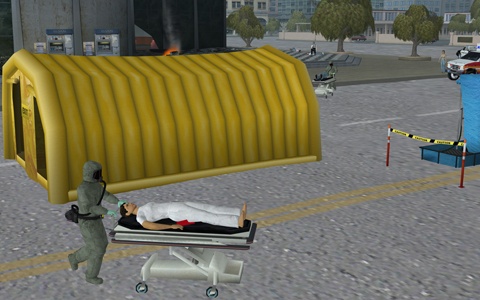 Forterra Systems today announced that the National Institutes of Health (NIH) has awarded a contract to the Company to study the use of commercial gaming technologies to produce a distributed, multi-player, on-line virtual environment for training individuals and teams in critical HAZMAT skills.

Under the NIH contract, a hazardous material (HAZMAT) emergency response scenario will be designed using gaming technology to test the basic principles of the study and to gather qualitative and quantitative data to measure the efficacy of the technology. 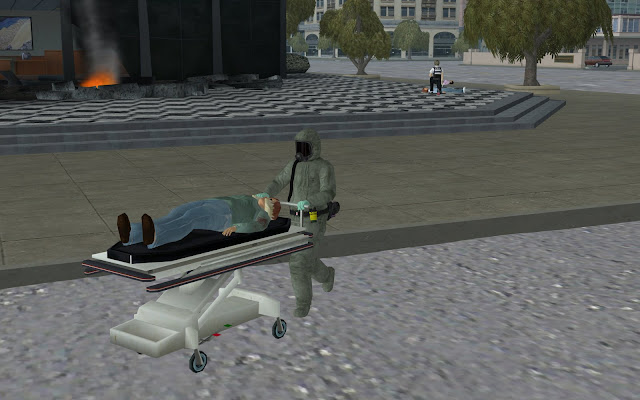 Forterra has proposed a solution to NIH that leverages developments in the commercial gaming industry and adapts these rapidly growing technologies to produce an online virtual simulation in which individuals and teams collaborate to increase their readiness to deal with HAZMAT emergencies. 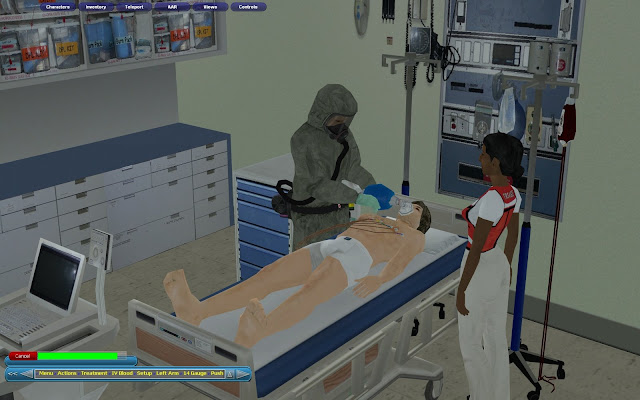 The NIH-sponsored study will include a training task analysis to determine a proper instructional system design. User tests will be conducted with target audiences and the results will be analyzed to determine, among other outcomes, what the impact is on cost effectiveness and distance learning.

“The current obstacles to effective training are often geographic or cost driven, but there are also learning and retention limitations associated with traditional training that involve video and slide presentations as the mediums for this training. This experience is devoid of realism and engagement for participants,” said David Rolston, Forterra’s Chief Executive Officer.

“As part of this NIH contract, we will develop a distributed learning and instructional environment that will put users in an engaging and realistic virtual world where they are able to collaborate with other people rather than be inundated with boring web pages and endless PowerPoint slides. A rich, interactive environment based on game technology offers the most effective, cost-efficient way to facilitate the rapid transfer of learning and the development and sustainment of necessary skills.”


In addition, the focus of the NIH study recognizes that new training technologies are needed that allow remote access to large audiences and highly qualified trainers. As a result, Forterra will integrate the subject matter expertise of Rohde & Associates and the instructional system design expertise of the Federation of American Scientists to create a compelling on-line immersive training experience in which to practice the interactions of HAZMAT first responders, incident commanders and site workers.

“We are excited to be involved with this important study sponsored by NIH,” said Dr. Henry Kelly, President of the Federation of American Scientists. “People acquire new knowledge and complex skills from game play. We as an organization are working on strategies that harness the potential of emerging technologies to improve how people teach and learn. Gaming technology, like the virtual world platform developed by Forterra, provides a tool that can be leveraged by instructors and subject matter experts to provide a rich environment for the rapid transfer of learning.”

Applications developed using OLIVE allow users to sit at their PCs with a network connection, log on, and appear in an interactive, virtual environment represented as a fully animated avatar (3D character controlled by the user).

Through a choice of simple keyboard, mouse or game controller interface, users are able to navigate through realistic environments, access and deploy equipment, drive/fly vehicles, don personal protective equipment, and communicate with one another. As a scenario is executed, the results are captured by a built in session replay system that support debrief so users can learn from the simulation exercise.

“This virtual gaming technology from Forterra will bring the HAZMAT classroom to the student, reaching them at locations that are currently unreachable through contemporary delivery systems, enhancing the experience through interactive discussion and virtual task accomplishment,” said Mike Rohde, Principal of Rohde & Associates.

“The OLIVE platform possesses the ability to construct an entirely new paradigm and regime for hazardous material training. Ultimately, the system has the potential to become a central point for the accumulation and archiving of instructional materials and case histories, becoming a virtual nation-wide lessons-learned center for the ‘all hazards’ and emergency response industry.”