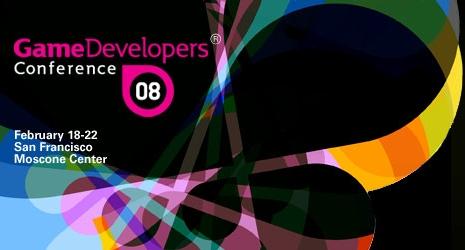 Game Developers Conference, the major industry-only event dedicated to the advancement of interactive entertainment, has revealed session details for its newly-expanded lineup of single-track summits that take a closer look at the industry’s emerging trends.

By integrating each of these emerging micro communities into the curriculum, the GDC is well-positioned to remain the central hub of information and business for the entire game industry.

The summits will be happening over the first two days of the conference.

Two out of six focused summits at GDC08, designed to foster and facilitate community-building within emerging influential sectors of the game industry, are Serious Games related:

The returning Serious Games Summit continues to lead the dialogue for the rapidly-growing sector that features use of interactive games technology for non-entertainment purposes.

One highlight of this year’s summit finds Ben Sawyer of DigitalMill and Peter Smith of the University of Florida presenting “Serious Games Taxonomy,” aiming to develop a stronger definition of the entire field of serious games, including categorization and specific labeling within the large gamut of activity.

The Worlds in Motion Summit, launching at GDC08, will explore the cross section between gaming and interactive networking tools like online worlds, player-generated content, social networking and general personalization.

Highlights include SOE veteran, Areae co-founder and noted industry figure Raph Koster discussing the ways virtual worlds are increasingly relevant to the ways we play, and a discussion with Relic Labs’ Adrian Crook on the free-to-play business model and how it is evolving the face of online play.