As effective as an in-person meeting, telepresence meetings capture every interaction, comment and movement as if everyone is in the same room interacting and communicating.

Sony, the media and electronics giant, recently announced that they are partnering with Belgian based Teleportel Europe N.V., the European distribution and support arm of Duffie White’s TelePresence Tech organization and Imago, one of Europe’s leading video conferencing integrators, to “bring unparalleled realism to video conferencing applications with 3D TelePresence™.”

The system combines Duffie’s three-dimensional technology with Sony’s PCS-HG90 HD codec and high-definition displays to create a telepresence solution that truly establishes a sense of presence among its participants. 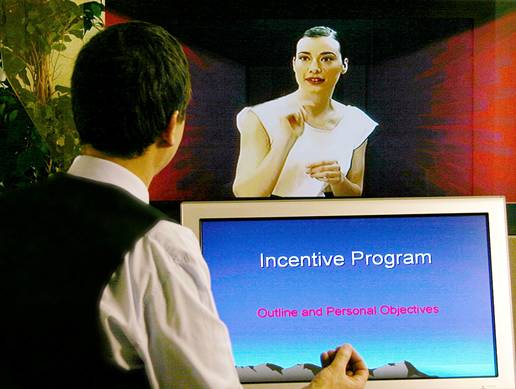 For many people, when they think of commercial telepresence solutions, they immediately envision a wall-sized array of plasma screens opposite a mirror-image conference table in a room designed to mimic a seamless environment.

Duffie White’s vision of telepresence, however, has always been a bit different from other developers. Duffie, who is the founder of TelePresence Technologies, LLC, with offices in Dallas, Texas, wants you to believe that a remote conferee is actually present in the room with you, not just on a screen on the wall.

He accomplishes this with an advanced optical setup that creates a view of the remote person that seems to appear physically at the conference table with genuine eye contact. 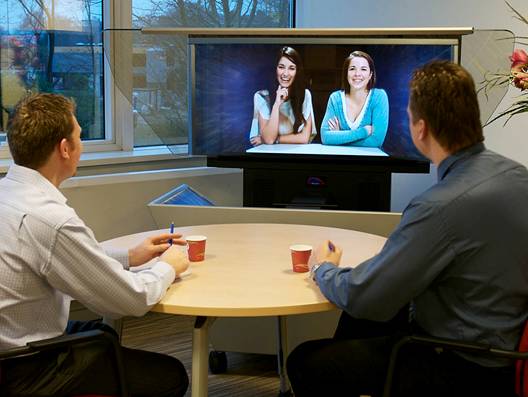 Currently, TelePresence Tech systems are in operation in 15 countries with customers using codecs from all the major video conferencing companies.

While the TelePresence Tech (TPT) display systems will remain compatible with all of the codecs in the market, the announcement by Sony provides validation of the value of the 3D TelePresence™ solution and matches the TPT products with the exceptional quality of the Sony G90.

Currently, a “rollabout” 3D conferencing model without the 50-inch display or the codec is available for $30,000 US, which can total between $40,000 to $70,000 depending on the specification of the codec and monitor.

The new 3D systems are ideal for intimate “one-to-few” or “few-to-many” telepresence situations, such as academic lectures, training sessions, or board meetings with a remote CEO. Both Teleportel’s and TelePresence Tech’s websites suggest many other applications, including use in medical evaluation carts, retail banking offices, virtual reception desks, point of sales kiosks, etc.

Instead of facing a wall of flat screens, the 3D TelePresence Room™ creates the illusion that a small group of remote participants are physically in the three-dimensional setting of the room.

The local and remote groups maintain eye contact through integrated cameras which are aligned between individuals. 3D TelePresence Rooms™ are currently being built simultaneously in Dallas, Texas and Brussels, Belgium.

To experience telepresence solutions in person, plan now to attend one of the Upcoming Telepresence World Events: