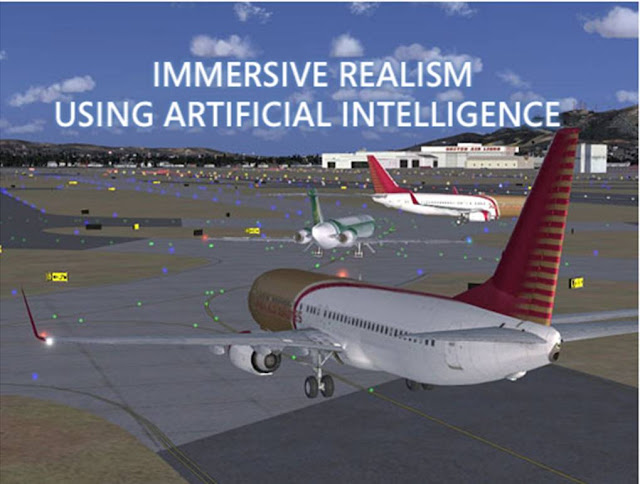 Following my recent posts on the subject, I thought it was time to go deeper into the Microsoft ESP Commercial Off The Shelf (COTS) platform under a marketability perspective.

Visual simulation is nothing new. The military and other organizations have been using it for years to train and prepare people for a variety of roles. Simulation offers a balance between the difficulties of imparting real-world training and rehearsal via classroom lectures, and the risk and expense of live exercises.

Traditionally, it can be very costly and time-consuming to bring proprietary simulation solutions to market. A company requesting a new simulation solution generally has to build from scratch, and has to acquire multiple licenses for their engine, tools and content. The process can often take months or years for development, and costs can typically run into the millions of dollars. Those kinds of large up-front costs reinforce the current centralization of the simulation experience.

Microsoft ESP aims at turning that around by means of a full platform of tools, engine and content for building new solutions on top of it, rather than starting all over from scratch each time, with the base capabilities required for a rich immersive experience. “Our licensing model is unique, and our cost model is unique, allowing developers to deploy a simulation in a shorter time period and for less cost", MS says. 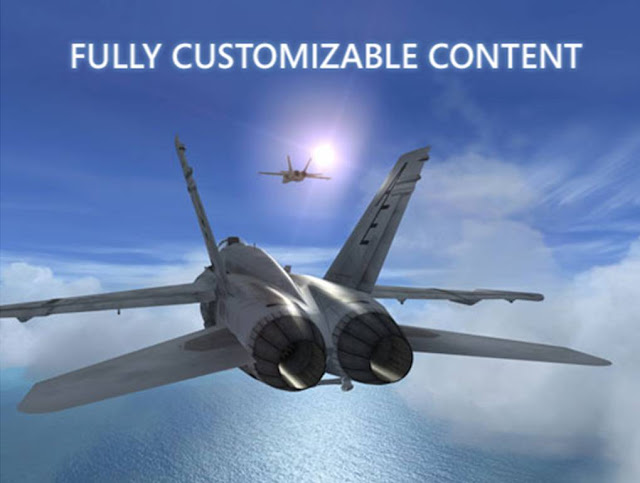 MS believes that, by making the development and distribution of mission-critical training tools easier and more affordable, it will greatly expand the breadth of people who can create and consume simulation solutions in the marketplace. 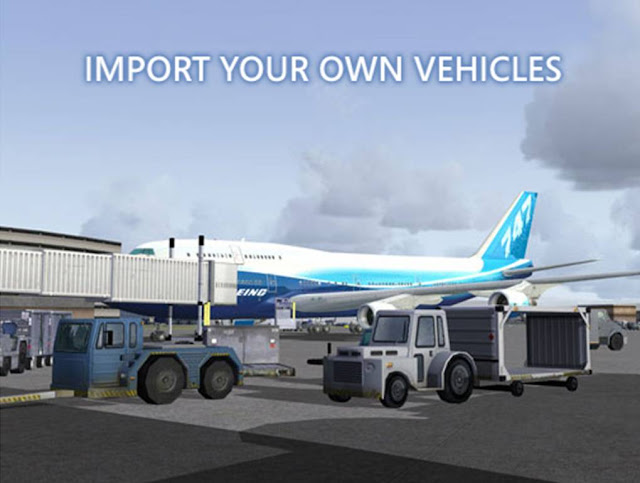 One smaller developer, Acron Capability Engineering, has been using Microsoft ESP to develop Serious Games and simulations for the Departments of Defense and Homeland Security, using the platform as the basis for a variety of tailored solutions.

“Modeling and simulation is a very competitive market and there are a lot of companies in our space that do what we do,” says John Nicol, CEO of Acron. “As a small company, Acron needs to be agile. We need tools that allow us to create rich content very quickly, and we need simulation worlds that allow us to create a rich and detailed environment that immerses our participants.” 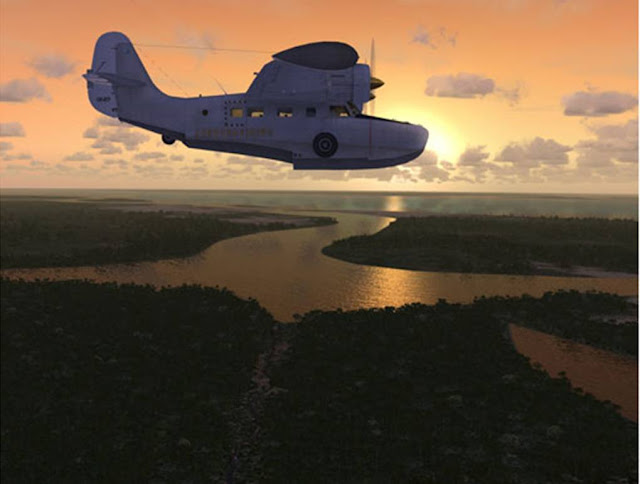 Another benefit of Microsoft ESP for Acron is the versatility of the platform and its ability to interact with other technologies and data, allowing for a range of situations as well as integration with a variety of different systems. They can simulate large Airbus jets down to smaller aircrafts and integrate those with a variety of Commercial-off-the-Shelf (COTS) software and hardware to enable the experience.

Nicol also lauds the platform’s ability to scale into a spectrum of hardware platforms, whether those are large systems designed for a specific purpose, or laptop computers that can be taken anywhere. Developers can rapidly create a variety of simulation solutions based on readily available components and deploy the solution on whatever hardware makes the most sense. 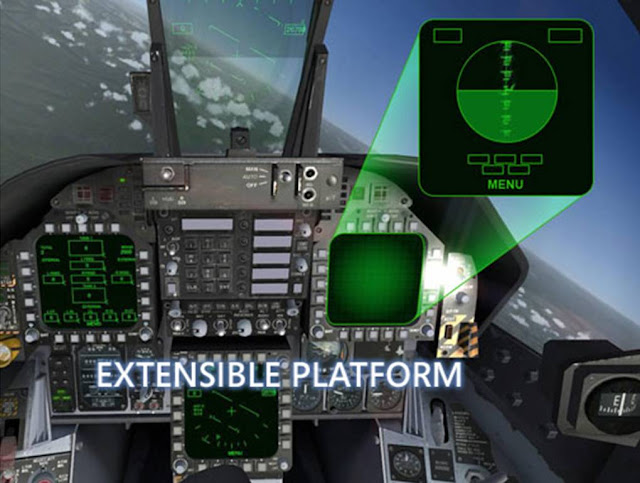 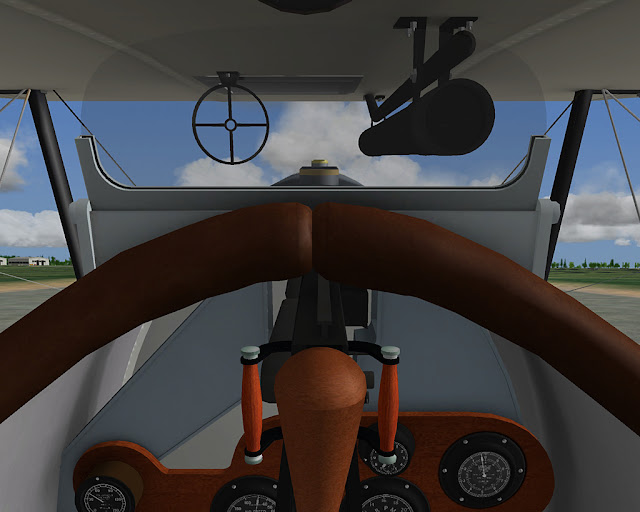 “Traditionally you might spend millions of dollars developing a simulator for a specific type of hardware and yet you can’t deploy that same simulator down onto a laptop or a PC,” he says. “But that’s the difference with Microsoft ESP. I can do that now, and I can also go the other way and develop an application or a simulator for a laptop and scale that all the way up to a full flight simulator with multiple crew stations.”

The ability to scale down and make a simulation portable has a variety of real-world benefits in and of itself. A pilot rerouted to an unfamiliar airport, for example, can fire up a laptop computer running Microsoft ESP and familiarize himself with the airport, the landscape, the approach patterns — and fly the approach knowing exactly what to expect. That same pilot could also practice flying a different aircraft type by using a Microsoft ESP-based cockpit simulation.

Filling in the Gaps

The broad versatility of Microsoft ESP creates an advantage over proprietary solutions that pervade the simulation market in terms of easily and effectively creating a variety of scenarios to suit various training needs across many industries over time. 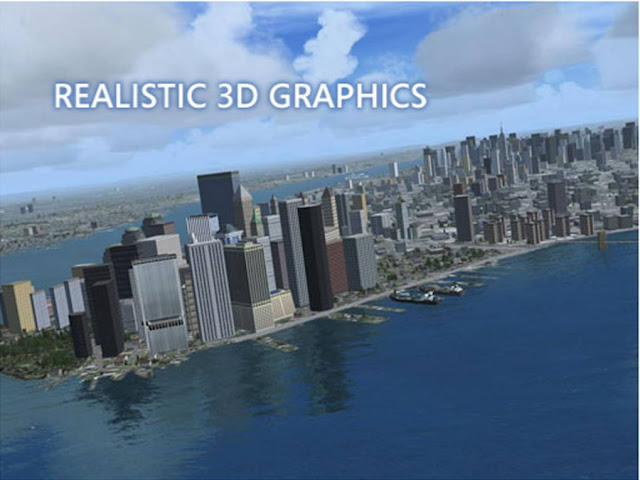 The platform provides support for a variety of land, sea and air environments, and as Microsoft works to build out the detail of those environments in the future, Nicol sees a tremendous expansion of opportunities.

“Why not an undersea exploration simulation?” he says. “What about a hot-air balloon simulator? There are other markets and we think Microsoft ESP’s roadmap will allow us to think outside the box more as the platform evolves.”

That flexibility to scale and to allow smaller development shops into the market also has the potential to stimulate a new ecosystem of solutions that augment existing ones from established industry players and address the gaps in mission-critical training and education.

A Case in Point - Adacel

Adacel wanted to be first to market with an integrated flight and air traffic control (ATC) simulation solution for flight schools not served by multi-million dollar offerings.

Traditionally, pilot trainees could learn to control their aircraft through flight simulations, but the only way to realistically learn how to interact with air-traffic control has been in actual flight.

Adacel created the integrated solution MaxSim Flight Trainer in just three weeks, based on its own speech-driven Air Traffic Control simulation technology and the Microsoft® ESP™ visual simulation platform. With a single developer, Adacel produced a rich, immersive flight simulation experience that it estimates would have taken millions of dollars and months of work to create from scratch.

The extensive after-market of add-ons for Microsoft ESP helps to ensure that Adacel and its customers can easily extend the simulation. And the low-cost Windows® hardware on which it runs helps to ensure that the MaxSim Flight Trainer is more cost-effective, scalable, and transportable than traditional, proprietary offerings.

“We are the first in an untapped market for cost-effective, integrated flight simulation and ATC simulation software. Microsoft ESP made that possible”, says Fred Sheldon, Chief Executive Officer, Adacel.

“Flight instructors have had to improvise, shouting instructions over the heads of their students as the student interacted with the flight simulation,” says Fred Sheldon, Adacel’s CEO. “We saw this as an opportunity to address a large market for a cost-effective flight simulation with integrated air-traffic control software, which simply wasn’t being addressed by anyone else. Microsoft ESP made that possible by giving us a rapid development process, a robust software platform, and global reach.”

Building for the Future

According to Firminger, one of the exciting things about the games-based technology as a platform is that it allows Microsoft to help deliver applications and solutions that get to the heart of customers’ mission-critical operations.

“Microsoft has mission-critical technologies today with a broad range of infrastructure, applications, platforms, servers and technologies that manage and protect companies’ critical information,” he says. “But Microsoft ESP deals with situations beyond information technology that go into the core of different kinds of missions which these organizations execute on every day.

The Air Force flies sorties as part of its defense effort. The Army flies Predator drones to survey battlefield logistics. Civil aviation companies transport people around the world every day. This is an exciting shift for Microsoft to be helping military and commercial organizations add immersive experiences to interactive training and decision-support tools.”

So what’s next for Microsoft ESP? Firminger says that while version one focuses on civil and military aviation training and decision support, version two will add support for vehicle operator training, ground operations and other scenarios.

Next, his team will focus on building out an even richer and more complex set of location details - on the water, under the water, inside buildings and cities - gradually moving more deeply into core scenarios that enable Microsoft ESP partners to meet the needs of their customers in this growing market.

“Our goal is to enable partners to build and be creative with a great new visual simulation platform,” he says. “Partners have the customer relationships and domain expertise to introduce simulations into new markets and make it easy for customers to experience the quality, detail and customization of these fully immersive experiences. For us, it’ll be exciting to see the incredible new areas where our partners will create opportunities built on the Microsoft ESP Platform.”