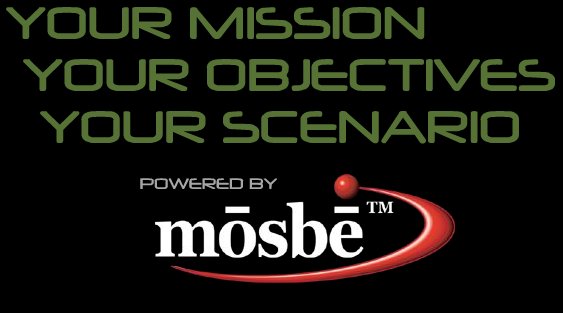 As constant on my prior post Serious Games From The Battlefield To The Board Room, Breakaway has spun off mōsbē as a separate product aligned with the company's revisited value proposition of becoming a game platform company, more than a game development or contracted services business. That’s where Breakaway sees the largest opportunity in the Serious Games space.

The scenarios will be used to train first-responder personnel and improve coordinated, multi-agency response to natural and manmade disasters. mōsbē allows users to import geospatial data to rapidly create a 3D world from real world data and then customize and deploy scenarios in a standard PC, networked environment. Additional features built for this release will include the ability to simulate populations and movement; replicate state, local and DoD organizational structures; and account for multiple command and control communications hierarchies supporting the National Incident Management System (NIMS) protocol.

USJFCOM will be responsible for designing the criteria, providing a distributed experimentation environment and synthesizing results so that troops and emergency personnel can train with long distance virtual connections, saving both time and money.

“We’re excited that USJFCOM has selected mōsbē for Noble Resolve 08.” said Doug Whatley, CEO, BreakAway ltd. “This project allows us to leverage our expertise in developing Incident Commander, a game-based training simulation used to teach NIMS compliance. By integrating the incident command models in mōsbē we’ve responded to our customers who loved the product but wanted the ability to customize scenarios, generate a 3D view and access to more powerful tools. Now mōsbē provides all of these capabilities plus more.”

Capitalizing on over a decade of experience in developing entertainment and immersive game-based technology, mōsbē provides partners and customers a powerful suite of tools and models that rapidly generates affordable, extensible custom simulations for training, experimentation and decision-making analysis.
The incident command version of mōsbē will be commercially available in late 2008.

More on mōsbē™ via 2008 Forecast For Gamers
BreakAway, as a number of companies, has its sights fixed on continuing to expand the Serious Games market and addressing technical challenges in 2008. 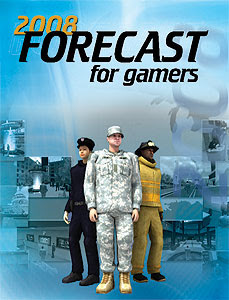 BreakAway is rapidly moving forward to develop new tools and models to add to its mosbe development platform. “Our goals for 2008 will be to add capabilities for incident command and emergency response management, allowing our customers to plan and rehearse homeland security exercises,” said Doug Whatley, founder and chief executive officer.

And he added, “We are also working to ensure that the tools we have developed on the mosbe platform—our world-building and scenario editing tools in particular—will integrate with other models used by the military, making our platform as flexible as possible.” 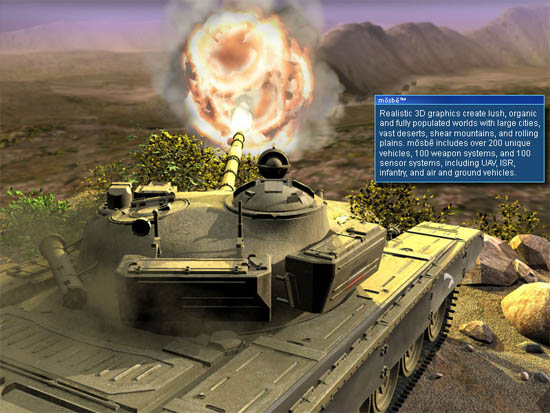 “Mosbe has been used as a demonstration tool for proof-of-concept of the Future Combat System and for visualization of the Joint Terminal Control Training and Rehearsal System,” explained Whatley. He continued, “The DARPA Information Exploitation Office (IXO) used mosbe to create an engaging demonstration of their advanced sensor concepts and capabilities for their booth at DARPATech. The Institute for Defense Analyses has used the mosbe platform to help their customers evaluate new sensor concepts of operations and deployment considerations, and we’re currently working with Johns Hopkins Applied Physics Lab on experimentation projects.”