Serious Games & 3DVIA Democratizing The Use Of 3D 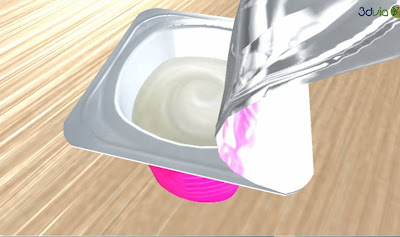 A pioneer in the 3D software market since 1981, Dassault Systèmes develops and markets PLM application software and services that support industrial processes and provide a 3D vision of the entire lifecycle of products from conception to maintenance.

3DVIA extends 3D to new users, businesses and consumers in order to create new communities with 3D as the common language.
With its open web services-based architecture, it enables high-performance distribution of 3D content.

3DVIA Products At A Glance

3dvia.com’s mission is democratizing the usage of 3D so that everybody can use it in its everyday life, either at work or at home, through the web. The objective is to give you the power of 3D. In that intent, a team of passionate people has been buill with the mandate of leveraging all existing 3D technologies of Dassault Systèmes , as well as developing new ones, to deliver new types of innovative 3D services, online 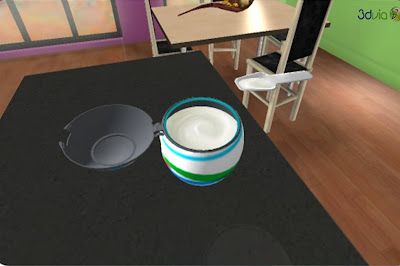 3dvia.com will be the meeting point for all the communities wishing to improving everyday's life with 3D. It will provide both 3D content and 3D services, either very generic or more dedicated to specific goals. It relies on dedicated infrastructure, leverages real-time display and behavioral 3D technologies, and provides services for everyone to imagine, create, share, experience or play in 3D.
3DVIA MP

Cutting-edge Technology to Create, Customize and Deploy Video Games, from Meaningful Prototypes to a Finished Masterpiece

3DVIA MP will significantly improve the game development process by quickly bringing ideas into reality and aiding developers in producing high-end, 3D multiplatform games. 3DVIA MP for PLAYSTATION®3 (PS3™) and Web deployments will become available in the summer of 2008. 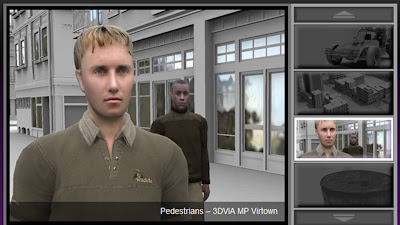 3DVIA MP strengthens and extends the philosophy and functionality of the Virtools 4 product line. Established in 1999, Virtools 4 technology, known for its unique behavioral engine, is the standard for game prototyping, casual games production and industrial applications, both online and offline.


The all-new platform, 3DVIA MP complements the IP creation process and leverages its signature behavioral engine with the capacity to exploit the power of the Xbox 360 and PS3™ in production.

3DVIA MP provides a high-end, realistic real-time rendering engine, which serves as the native support for multi-core processing, advanced shaders and lighting, and the depth of a full multiplatform production framework, allowing larger teams to collaborate. “3DVIA has taken into consideration studios’ needs when designing and developing games, especially those that work with large
development teams in multiple locations,” said Bertrand Duplat, Virtools founder and CTO, 3DVIA, Dassault Systèmes. “Our new development engine encompasses the entire development cycle – from importing content to testing and debugging – maximizing publishers’ investments by allowing them to create content once, optimize it, and publish it across multiple platforms.”

Is a desktop application for revolutionizing the creation of product deliverables. 3DVIA Composer provides a single, easy-to-use to learn and use application designed for end users. 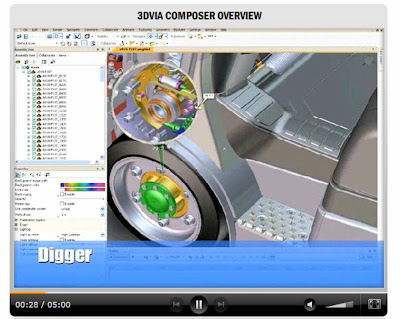