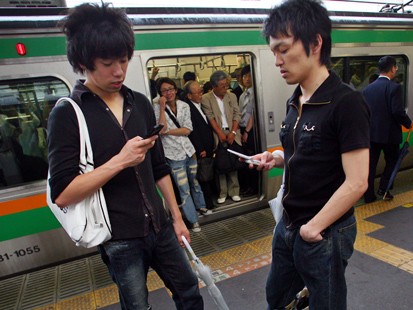 Via: FLUX - Cyber University On A Mobile Phone?

The university is private and headquartered in Fukuoka on the southern island of Kyuushu. It is run by a nonlisted stock company called Japan Cyber Education Institute which is mainly controlled by Japanese Internet telecom giant SoftBank.

As of now, approximately 1,900 students are enrolled who can graduate with a Bachelor degree in IT and business or world heritage. All correspondence-type courses can be accessed via the Internet.

While this is a cool idea especially for homemakers, ambitious people with stressing day jobs and retirees, it’s not really new. There are many universities offering academic material online and Japan’s Cyber University is not even the first fully online academic institution in the world.

Courses Via The Mobile Phone. 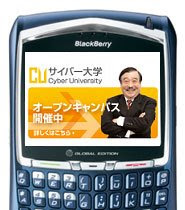 In November last year however, the Cyber University took its concept one step further by expanding it to mobile phones! The cellphone lectures may be extended to other courses but for now will be for the pyramids course, according to Cyber University, which offers about 100 courses, including ancient Chinese culture, online journalism and English literature. The course is available as a combination of streaming video of a power point presentation and the professor’s audio. It can be accessed using SoftBank 3G phones only (via their “S-Appli” function). Interestingly, no tuition fee is charged for this particular mobile course and users do not have to be enrolled in the university, although viewers must pay phone fees.

Sakuji Yoshimura, who heads Cyber University and gives the pyramids course, said the university provides educational opportunities for people who find it hard to attend real-life universities, including those with jobs and those who are sick or have disabilities.

"Our duty as educators is to respond to the needs of people who want to learn," Yoshimura said.

He scoffed at those who question the value of Internet and cellphone classes, noting attendance is relatively high at 86%. Whether students play the lecture downloads to the end can be monitored by the university digitally, officials said.

Although real-time exchange with professors and other students isn't possible in Net classes, social networking and other cyber-discussions are flourishing, said Hiroshi Kawahara, professor in the Faculty of Information Technology and Business.


Overall, this is really a cool and innovative concept even though the class on pyramids is still considered a test by the university.
The cellphone is the ubiqitous platform for Japanese people when it comes to accessing the web so it is no wonder that the first step was made in this country.

We can expect to see the concept taken over in other countries in the future.