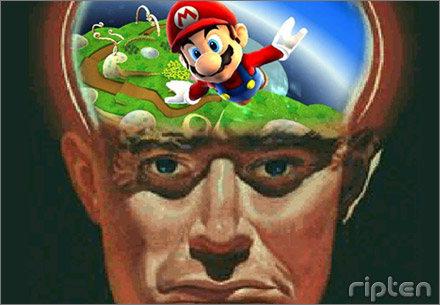 In his Blog, Kevin Corti has recently made a reference to a good article on the BBC site about the UK game industries skills needs.

One issue it covers is around the apparent overabundance of game degree courses and the disparity between the course programmes (and focus areas) and the actual day to day needs of employers in the game industry.

I found this particularly challenging as I have early considered that the most probable bottleneck for Serious Games large scale adoption would be the institutional barriers, inherent to B2B oriented markets. Unlike B2C, organizations are slower moving when adopting new paradigms.

The article has made me reconsider that skills shortage could eventually become a binding constraint, also slowing the pace of the Serious Games market expansion.

The games industry says British universities are failing to equip graduates with the skills it needs.

The warning comes from the industry campaign group "Games Up?", which says games developers in Britain are facing a serious skills shortage. The lobby group says there are now 81 video games degree courses at British universities. But only four are accredited by Skillset, the government body which monitors such courses.

David Braben, chairman of Frontier Developments and a spokesman for "Games Up?" said: "95% of video gaming degrees are simply not fit for purpose.”

The warning came as executives from across Europe's games industry gathered for the GameHorizon conference in Gateshead. The North East of England is one of the centers of a games industry whose activities are spread widely across the UK.

At Northumbria University, which offers a degree course in Computer Games Engineering, staff say that prospective students are often put off by the requirement for Maths A-Level.

The games developers say that they are struggling to find in the UK the kind of high-powered mathematicians and computer scientists that they need to build increasingly sophisticated products.

"We are facing a serious decline in the quality of graduates looking to enter the industry," said David Braben. "The dearth of maths, physics and computer science graduates is hitting us hard."
Jamie Macdonald, of Sony Computer Entertainment Europe, said there was a need for Centers of Excellence which would prepare graduates to compete for jobs in the industry.

"We want to work with government to help equip our graduates with the skills they need to thrive in one of the most dynamic and profitable industries in the world.

Britain has been one of the leading nations for games development but slipped from third to fourth position behind Canada in 2006. The games industry claims that Canadian government support has allowed it to flourish and thousands of jobs are moving from Britain to Canada. 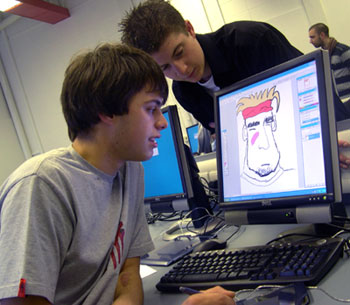 Project Tomorrow's fifth annual Speak Up Survey -- which addresses the attitudes and opinions of K-12 students, teachers, parents and school administrators toward the use of technology in education -- reveals this year that online or electronic gaming is one of the technologies that students use most frequently, and that educational gaming is one of the emerging technologies that students would most like to see implemented in their schools. Yet, only one in 10 teachers has adopted gaming as an instructional tool.

Speak Up is a national initiative of Project Tomorrow (formerly known as NetDay), the nation’s leading education nonprofit organization dedicated to ensuring that today’s students are well prepared to be tomorrow’s innovators, leaders and engaged citizens of the world.

Project Tomorrow collected the data through online surveys conducted last fall and verified the results through a series of focus groups and interviews with representative groups of students, educators and parents.

The survey was impressive in scope, eliciting responses from schools in all 50 states, Canada, Mexico, Australia, and American Dept. of Defense schools abroad. In all, about 319,000 students were surveyed; 25,000 teachers; 19,000 parents; and 3,000 school administrators, including directors of technology. The online survey closed in December, 2007.

During the past four years of the survey, the technology that students most wanted to see in their classrooms was a personal laptop for each student. For the first time this year, laptops for students also topped the list of teachers' and school leaders' most desired technologies.

However, this year's survey also reports that gaming is now listed by students as a classroom must-have.

"What was really interesting to see in this year's survey is how the pervasiveness of gaming has really taken a stronghold," said Julie Evans, Project Tomorrow's chief executive. "Students are really articulating their interest in gaming, as well as the many benefits educational gaming can provide, such as helping them to learn difficult math concepts. Even the National Council of Teachers of Mathematics recognizes the huge potential for gaming technologies in education."

Just over half of the students surveyed (51 percent) said they're interested in educational gaming because games make it easier to understand difficult concepts. Fifty percent said gaming would make them more engaged in the subject, 46 percent said they would learn more about the subject, and 44 percent said it would be more interesting to use gaming when practicing math and science problems.

What's more, there seems to be a disconnect between what students want from their own education and what the adults in charge think is best.