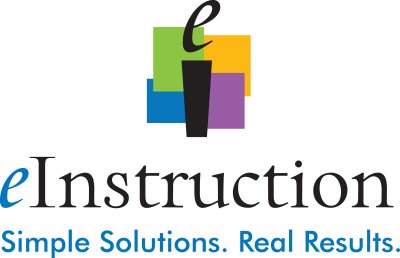 This first-of-its-kind sweepstakes invited teachers to submit, using no more than 250 characters, their vision of the role of technology in education. Those entries were posted on an interactive Google Map mashup, which showed each participant’s entry and location on a map of the United States .

Three teachers’ names were randomly selected from more than 5,000 entries.

The winners were selected from three categories: kindergarten through fifth grade, sixth through eighth and ninth through twelfth. Karri Hanson, a fourth grade teacher at Faith Elementary School in Faith, South Dakota , won in the kindergarten through fifth grade category. Donna White, a sixth grade teacher at Mata Intermediate School in Houston , Texas , was the grades six through eight winner. And, Kelly Jones-Wagy, a Social Studies teacher at Fort Lupton High School in Fort Lupton , Colorado , won in the grades nine through twelve category.

The “Content Meets Technology” Sweepstakes was designed to mirror the merger of eInstruction and Interwrite Learning® that took place at the beginning of 2008. The “mashup” of Google Maps (technology) and the teacher’s written vision of the role of technology in education (content) was designed and produced by Shycast to show what can come from this great combination.

“We are absolutely amazed and thrilled with the number of teachers that participated in this groundbreaking, educational exercise that is a metaphor for the tremendous possibilities available when great content and technology come together,” said Lisa O’Masta, Vice President of Marketing of eInstruction.

The “Content Meets Technology” Sweepstakes arrived on the heels of Interwrite Learning’s 2007 Video Makeover Contest, in which more than 220 classes submitted music parody videos. The success of that contest has prompted eInstruction to schedule the second annual music parody contest; teachers and students can begin submitting their musical collaborations September 9, 2008.

eInstruction pioneered the first student response system for the education market during the 1980s. Its Classroom Performance System (CPS) provides instructors and students with real-time feedback on comprehension during instruction. Today CPS remains the leading student response system in education, being used with over 1.5 million students in more than 60,000 K-12 classrooms and over 400,000 students in more than 400 colleges and universities.

In 2006, eInstruction acquired FSCreations and integrated its ExamView® and Learning Series software and content platforms so instructors can seamlessly use publisher and proprietary question banks in lesson plans, quizzes and tests with eInstruction technology. The result is an integrated system for instruction and assessment with real-time feedback. In 2008, eInstruction joined forces with Interwrite Learning, another premier global provider of learning solutions for primary, secondary and higher education markets.