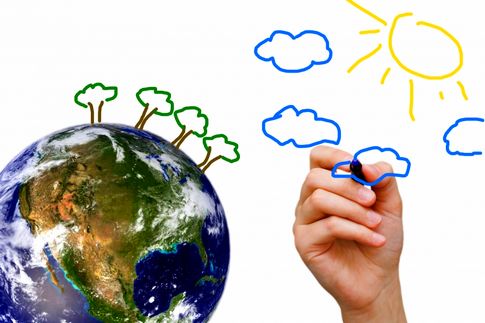 Via: Open The Future - Superstruct: Play the Game, Invent the Future
Via: The Institute For The Future

This fall, the Institute for the Future invites you to play Superstruct, the world’s first massively multiplayer forecasting game.

It’s not just about envisioning the future—it’s about inventing the future. Everyone is welcome to join the game. Watch for the opening volley of threats and survival stories: the game starts September 22, 2008, and it will last for six weeks.

By playing the game, we’ll help to chronicle the world of 2019--and imagine how we might solve the problems we'll face. It’s about making the future, inventing new ways to organize the human race and augment our collective human potential.

Superstruct is played on forums, blogs, videos, wikis, and other familiar online spaces. The game team shows us the world as it might look in 2019. We show them what it’s like to live there. 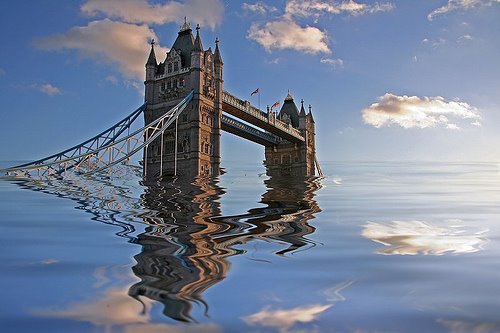 London: The year 2019
The year is 2019 and much of London is submerged under water. Scientists studying the rising sea levels predict that the whole of the South East could be under water within 18 months if the polar icecaps continue to melt at the same rate. Whole cities are abandoned as populations concentrate on high land.... 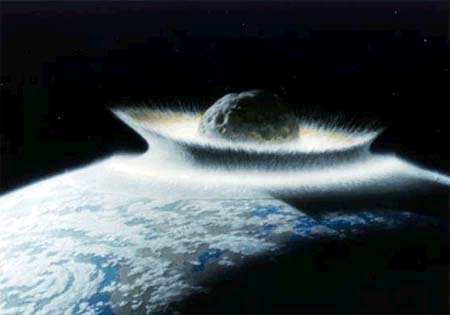 Asteroid Collision Threat For Earth in 2019

Humans have 23 years to go

PALO ALTO, CA — Based on the results of a year-long supercomputer simulation, the Global Extinction Awareness System (GEAS) has reset the "survival horizon" for Homo Sapiens - the human race - from "indefinite" to 23 years.

“The survival horizon identifies the point in time after which a threatened population is expected to experience a catastrophic collapse,” GEAS president Audrey Chen said. “It is the point from which it a species is unlikely to recover. By identifying a survival horizon of 2042, GEAS has given human civilization a definite deadline for making substantive changes to planet and practices.”

According to Chen, the latest GEAS simulation harnessed over 70 petabytes of environmental, economic, and demographic data, and was cross-validated by ten different probabilistic models. The GEAS models revealed a potentially terminal combination of five so-called “super-threats”, which represent a collision of environmental, economic, and social risks. “Each super-threat on its own poses a serious challenge to the world's adaptive capacity,” said GEAS research director Hernandez Garcia. “Acting together, the five super-threats may irreversibly overwhelm our species’ ability to survive.”Garcia said, “Previous GEAS simulations with significantly less data and cross-validation correctly forecasted the most surprising species collapses of the past decade: Sciurus carolinenis and Sciurus vulgaris, for example, and Anatidae chen. So we have very good reason to believe that these simulation results, while shocking, do accurately represent the rapidly growing threats to the viability of the human species.”

GEAS notified the United Nations prior to making a public announcement. The spokesperson for United Nations Secretary General Vaira Vike-Freiberga released the following statement: "We are grateful for GEAS' work, and we treat their latest forecast with seriousness and profound gravity."

GEAS urges concerned citizens, families, corporations, institutions, and governments to talk to each other and begin making plans to deal with the super-threats.

This is a game of survival.

Super-threats are massively disrupting global society as we know it.
There’s an entire generation of homeless people worldwide, as the number of climate refugees tops 250 million. Entrepreneurial chaos and “the axis of biofuel” wreak havoc in the alternative fuel industry.

Carbon quotas plummet as food shortages mount. The existing structures of human civilization—from families and language to corporate society and technological infrastructures—just aren’t enough. We need a new set of superstructures to rise above, to take humans to the next stage.

You can help. Tell your story. Strategize out loud. Superstruct now. It's your legacy to the human race.

Get a head start on the game. It’s the summer of 2019. Imagine you’re already there, and tell a little bit about your future self. 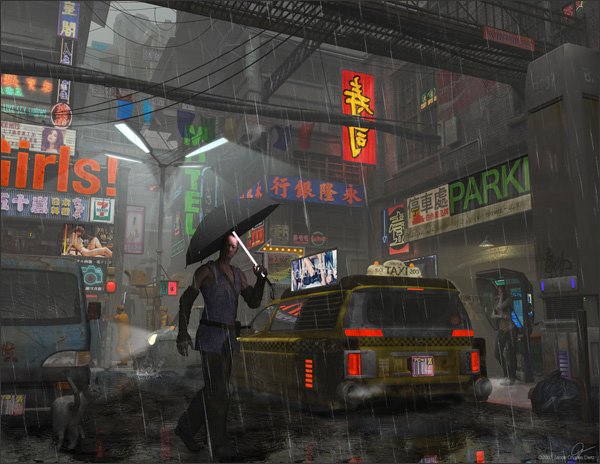 Jane McGonigal takes play seriously. She studies the power of games to impact the real-world -- and she creates games that do just that.

A pioneer in the field of "alternate reality gaming", her previous projects include World Without Oil, Cruel 2 B Kind, and I Love Bees.

She is an expert on applying game design and game theory to real work and real business, and has consulted and developed internal game workshops for leading technology companies in Asia, Europe, and the U.S., as well as more than a dozen Fortune Global 500 Companies.