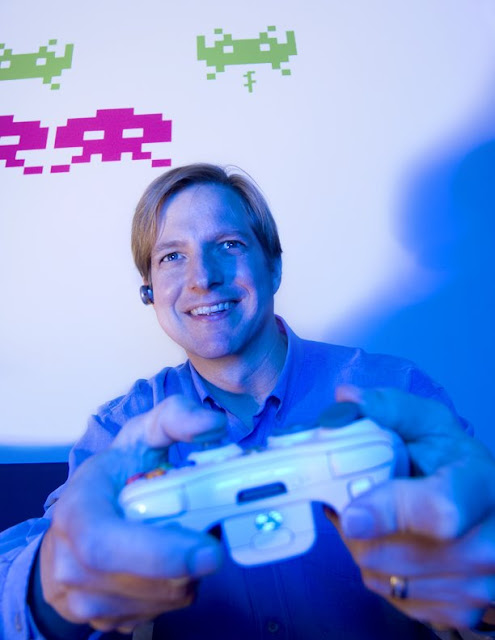 However, the combination of 3 recent articles from Educational Games Research - Study: MMORPGs Critical in Developing Tomorrow’s Business Leaders, Fast Company.com - The Rise of Corporate Games, and Wisdom Games-Gamers As CEOS – Leadership Lessons In Gaming, have made me revisit a theme that is close to my heart: Developing Leadership.

They seem to stake out Dr. Claudia L. Johnston’s declaration, found on BreakAway’s today published video: “This (Serious Games) is the future for education. Period!”

Business leaders education would not be an exception.

What distinguishes the latest corporate forays into the gaming world is the degree to which companies are tapping online games to hone the leadership skills of their workers. 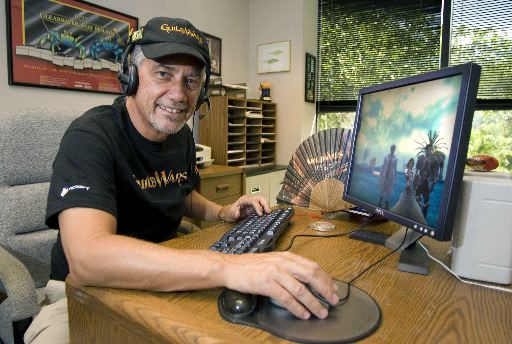 Guy Buckmaster, a marketing director, sits at a computer as he demonstrates the online game, "Guild Wars," that he regularly plays with his six children in Clearwater, Fla.

Video games let their players step into new personas and explore alternatives. Not only that, but people can try to solve problems they’re not good at yet, get immediate feedback on the consequences and try again immediately.

Getting a look at how leadership works in online games isn’t easy. To see the best players in action, you need skills that allow you to participate at the highest levels of play, and those can take 400 or 500 hours to acquire.

“Tomorrow’s business landscape could well be alien territory for today’s business leaders. At many companies, important decision-making will be distributed throughout the organization to enable people to respond rapidly to change. A lot of work will be done by global teams – partly composed of people from outside the institution, over whom a leader has no formal authority – that are assembled for a single project and then disbanded. Collaboration within these geographically diverse groups will, by necessity, occur mainly through digital rather than face-to-face interaction.
What on earth will leadership look like in such a world – a world whose features have already begun to transform business?”

The answers can be found in games as they currently resemble this future environment. Large communities work together with [and against] each other in 3d virtual worlds that persist even when they are not online. Leadership challenges are the same; recruiting, assessing, motivating, rewarding, and retaining, but are magnified in online games as the workforce is largely volunteer based.